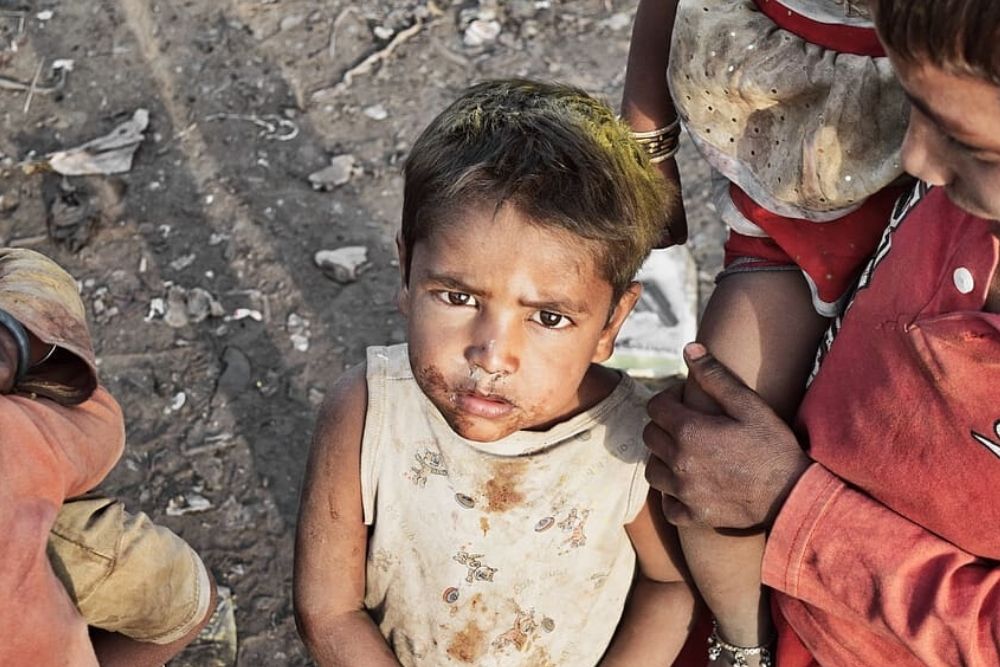 Working Towards An Anemia-Mukt Bharat

Uttirna is a resident of Wazirabad in Gurgaon, Haryana. Her daughter, Rina (name changed), is two years old and just gearing up to join preschool. When she turned one, in early 2019, Uttirna started bringing Rina to the nearest anganwadi. Rina used to grind her teeth (known as bruxism), was frail and would fall sick very often. However, after taking the deworming tablet on National Deworming Day (NDD) in August 2019, Rina’s bruxism improved and Uttirna noticed she did not fall sick as often and was more playful and cheerful now.

Not very far away from Uttirna’s hometown, in Sikar district of Rajasthan, Krishna, an Accredited Social Health Activist (ASHA), found a pattern during her regular interactions within the community in girls in their adolescent years (10-19 years). They were anemic and experienced irregular menstrual cycles. Concerned that this may be because of iron deficiency, Krishna organized meetings with the girls and women in the Madhopur block in Sikar and spoke to them about the importance of Iron and Folic Acid (IFA) Supplementation and balanced nutritious diet. She informed them of the government’s school-based IFA supplementation program and on her advice, the girls started taking the required dosage consistently. Within a few weeks, Krishna could see the girls appear healthier and more active. Their menstrual cycles also became steadier over a period of time. It is likely iron folic acid supplementation played a role in this.

In both these instances, children and adolescents had signs and symptoms pointing to the possibility of iron deficiency anemia and got access to a healthier life through government led public health programs that involved mass drug administration These programs - The National Deworming Day (NDD) and IFA Supplementation, reach children and adolescents through the infrastructure of schools and anganwadis that allow for easy access to the beneficiaries at one place consistently.

Anemia is said to be present when there are less hemoglobin levels as per age and sex, it leads to poor health, economic loss, and social burden. According to NFHS-4, the prevalence of anemia across all ages is more than 50% amongst the vulnerable groups in India. 58% children in the age gap of 6-59 months, 54% adolescent girls and 29% of adolescent boys aged 15-19 suffer from anemia. While iron deficiency anemia is the most common type of anemia, other main causes for anemia include nutritional deficiency, infections, and genetic illnesses. Prevalence of Soil-Transmitted Helminths (STH) or intestinal worms can also lead to anemia. The signs and symptoms may not be clinically visible until anemia status is severe.

To tackle anemia in India the Anemia Mukt Bharat (AMB) program was launched by the Government of India under the Prime Minister’s overarching scheme for Holistic Nourishment (POSHAN) Abhiyaan. One of its targets is to reduce anemia by 3% per year to support the end of goal of attaining a malnutrition free India by 2022. The program uses the 6x6x6 strategy - which implies six age groups, six interventions and six institutional mechanisms.

To this end, the government’s NDD and IFA supplementation programs, on both of which Evidence Action is one of the technical assistance partners, have been making key contributions towards achievement of this target. Launched in 2015, NDD scaled rapidly to national coverage, from treating 8.9 crore children in 2015* the now biannual program now covers 26 crore children and adolescents per round. Worm infestations interfere with nutrient uptake; can lead to anemia, malnourishment, and impaired mental and physical development; and pose a serious threat to children's health, education, and productivity.

The IFA Supplementation Program aims to meet the challenge of high prevalence and incidence of iron deficiency anemia among age groups from 6 months to 19 years. The long-term goal of AMB is to break the intergenerational cycle of anemia, the short-term benefit is a nutritionally improved human capital and the IFA supplementation program supports both. The program is being implemented in all States/UTs of India, aiming to reach 11.2 crore beneficiaries including 8.4 crore school-going and 2.8 crore out-of-school children and adolescents (WIFS, NHM). The IFA Supplementation program— is highly impactful and cost-effective: a pilot with adolescent girls reduced anemia by 24% after one year at an average cost of just Rs.39.12 per girl treated (WIFS, NHM). Commenting on the importance of IFA supplementation program in tackling anemia in September 2019, Dr. Ajay Khera, Commissioner for Maternal and Child Health under the Ministry of Health and
Family Welfare said that “While earlier IFA existed for 30 years, the reduction of anemia has been just 1 percentage point per year, because the coverage of the supplements was about 20%. This time around (under the IFA supplementation program) there is a strong supply-chain mechanism to ensure that there is IFA tablet for each child, pregnant women and adolescent girl irrespective of the anemia level”.

Programs like IFA Supplementation and NDD, with its unique strategies like target setting guidance for states, extended mop up days to include beneficiaries who missed out, scaling up to include more private schools and; community based deworming work to support the POSHAN Abhiyaan, with the aim to leave no one behind while reiterating the message of health for all.

The efforts being made through these programs are making sure that beneficiaries like Rina and the girls under Krishna’s care benefit from public health programs, are aware about them, and have easy access to the treatments they provide.

*NDD was started in 2015 with only one round that year, in February. From the following year, it was scaled up to a biannual program with rounds in February and August.