Home Story Why Food Labels Need To Be Upfront, Useful And Understandable 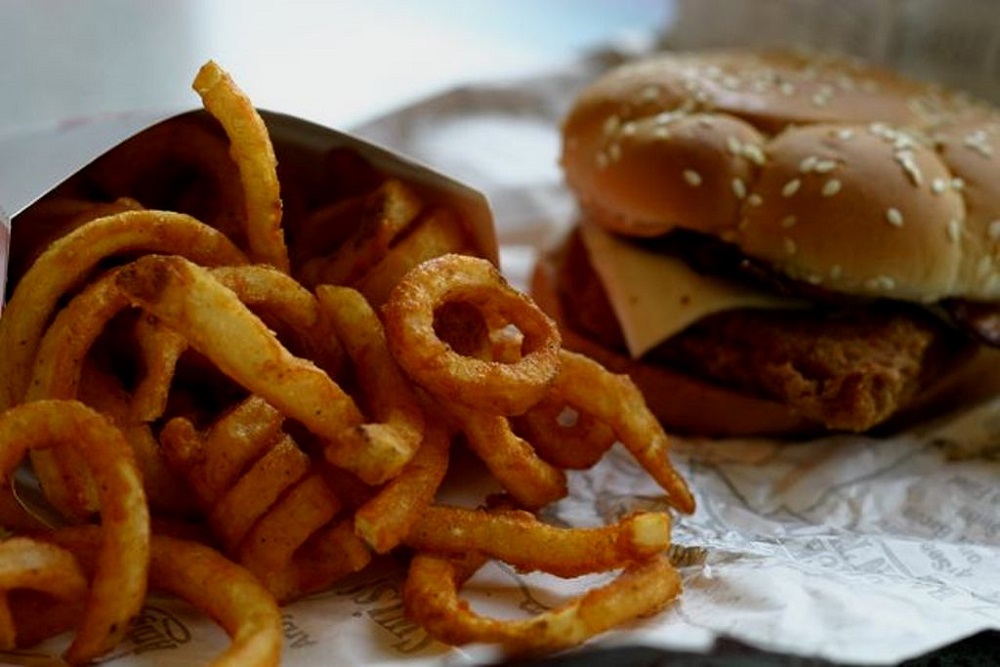 Why Food Labels Need To Be Upfront, Useful And Understandable

Legible front of the pack labeling with symbols warning consumers about possibly dangerous ingredients is critical to check the rising rate of non-communicable diseases.

Rates of nutrition-related non-communicable diseases (NCDs) are on the rise across the globe. Once seen as a trend mainly in wealthier countries and affluent communities, today, economically transitioning countries like India and rural communities I these countries are also facing the increasing NCD burden. One of the important factors driving the growing NCD burden is the increased consumption of cheap, energy dense, and nutrient poor foods, which are becoming more rampant and easily available making more and more consumers are consuming pre-packaged foods and meals purchased away from home. In response to the increasing NCD rates, many governments all over the world are implementing multi-pronged policy measures. Food labelling is one of the important population-based approaches that can help consumers make informed and healthy food choices by providing the necessary information about the food on the pack. Given the fact that food labels can be the direct means of communication about the product information between buyers and sellers and they can be potentially powerful tools of communication, which are now gaining traction alongside
the traditional channels of communication to discourage consumption of unhealthy packed foods.

In India, it is mandatory for food manufacturers to display on the label, the name of the food, a list of the ingredients, the net weight, brand name, and name and address of the manufacturer and a whole lot of such information. In addition, lot/code/batch identification details are to be provided for easy tracking in case of a problem with the particular batch of products. Date-of-manufacture, use-by/expiry/best-before dates, and storage instructions inform about the shelf-life and storage conditions. The ingredient declaration lets the consumer know about all about the ingredients. Since 2009, the declaration of nutrition information has been made mandatory. As per this regulation, the label should provide nutritional facts per 100gm or 100ml or per serving and shall contain information on nutrients like—Energy (in Kcal); protein (in grams); carbohydrates (specifying quantity of sugar,) and fat (in gram) clearly specifying the quantity of saturated fats
and trans fats. The nutrition facts should also display the amount of any other nutrient the product claims to contain. So instead of getting carried away by big bold claims made on the label, people need to be encouraged to turn to the nutrition facts and ingredient list judge the nutrition content. However, several studies show that consumers find it difficult to understand the nutritional information on the food labels. As per a Nielsen report (2011), 59% of consumers around the world have difficulty understanding nutritional labels on food packaging. In a study conducted by NIN in 2013, only 50% of the adolescents were found to be reading the nutrition panel and ingredients list on the food pack. In yet another supermarket exit survey in 2013 conducted among 1832 Consumers (adolescents, adults & elderly) in Hyderabad and New Delhi, only about 20% of the consumers said that they checked the nutrition information on the food label and about 40% of the consumers said that they would like to have some easy to understand symbols than the text intensive nutrition information.

Also Read| Could Saturated Fat Actually Be Good For You?

Front-of-pack Nutrition Labelling and warning symbols: Promoting healthy diets coupled with a reduction in the consumption of ultra-processed foods High in Fats, Sugars and Salt (HFFS) will play a critical role in combating NCDs. The key nutrition and health information, especially about these nutrients of concern, if presented in an easily comprehendible manner on the food packs, could aid the consumers make healthy food choices. Front-of-Pack Nutrition Labeling (FoPNL) could serve this purpose. Several regulatory bodies in several countries are revising their food labelling regulations to include FoPNLs essentially as ‘warning symbols’ to draw attention of the consumers to nutrients of concern – fats, sugars and salt.

Chile was the first country to implement a mandatory national FoP nutrient warning label policy in 2016, followed by Peru, Uruguay, and Israel. Mexico and a number of other countries are also actively evolving similar nutrient warning label laws. These warnings typically include text statements denoting high or excess levels of nutrients of concern (also called “critical nutrients”), including added sugar, sodium, saturated fat, and in some cases, trans fat, energy or non-caloric sweeteners. The warnings also often, but not always, use shapes, text, or colors intended to discourage consumption. Some of the FoPNL models in different settings across the world include - Traffic light labeling system, health star food rating system, the choice programme logo, black hexagons. These symbols can be classified as - (a) nutrient-specific food label symbol schemes that inform the consumer about the levels of a specific nutrient in a food item; (b) summary indicator food label symbols which help the consumer differentiate between healthy and unhealthy food items; (c) food group information symbols that inform the consumer about the food groups present in the food item; (d) Hybrids of the above se three.

Food Safety and Standards Authority of India (FSSAI) plans to introduce a FoPNL format for the packed foods which are high in fat, sugar & sodium (HFSS). To create an implementable and universal FoPNL, FSSAI proposed a format and put it up in the public domain for feedback. According to this, if the total amounts of calories, fats, trans-fats, sugar, and sodium per serving exceed the stipulated limits, it would be indicated in red colour. As per the draft guidelines, following information shall be declared on the front of pack alongside the usual mandated information like name of the food; brand name, veg or non-veg symbol. The proposed format has two parts: However, context specific evidence on the effectiveness of these “high content” FoP nutrient warnings is needed to inform ongoing advocacy and regulatory processes in India. This format is largely based on the nutrient-level cut-offs derived using the Recommended Dietary Allowances (RDAs) for Indians suggested by ICMR-National Institute of Nutrition. Codex/WHO recommendation will be considered in case of non-availability of cut-offs for a nutrient. As per the proposed regulation, if the total amounts of calories, fats, trans-fats, sugar, and sodium per serving exceed stipulated limits, it would be indicated in red colour. However, the proposed FoPNL format could give rise to a few concerns among the three major stakeholder groups – scientific community, consumers, and manufacturers. The proposed format focuses only on the ‘nutrients of concern’ - fats, sugar, and sodium. Many regional and traditional legume-based snacks, which contain considerable amounts of protein, could be termed ‘HFSS’ foods. On the other hand, products like ready-to-consume buttermilk or flavoured milk which could have substantial amounts of added Sugars/
salts may get exempted from mandatory FoPNL. This dichotomy could mislead or confuse the consumers. At the same time to declare only added saturated fat as suggested by some scientists may not be rational. Nutrient profiling of foods is certainly an option that is under consideration and to arrive at threshold levels of the nutrients of concern in all the foods is a gigantic task.

Moreover, nutrient profiling of certain proprietary foods may be herculean task given the vastness of the country and diverse methods of food preparation. The food manufacturers may be a bit resistant concerned especially to label their products ‘red’ (usually associated with danger). Some of them even argue that voluntary labelling and positive labelling should be encouraged as it is being done elsewhere. This argument does not hold much reason. From the consumer perspective, the FoPNL symbol under consideration once again appears to be biased towards the literate and nutritionally aware consumer groups as the nutrients of concern although depicted on the label, are still mentioned in text format. To understand, which of the nutrients has been marked red on FoPNL the consumer still needs to be able read. Additionally, FoPNL should vie with the food marketing attributes such as food images, brand, logo and claims for consumer attention.

While FSSAI’s steps toward introducing FoPNL are welcome, they are likely to face a bit of rough weather still and suffer inadequate consumer uptake unless they are made understandable and acceptable. Steps seem to be afoot to arrive at research based solution to develop an acceptable, culturally appropriate and easy-to-understand labelling format for mandatory FoPNL. Mandatory FoPNL must be preceded by strong research and in a format that is understandable and acceptable to all.

(The author is Scientist and Head, Nutrition Information, Communication & Health Education (NICHE) Division of the ICMR-National Institute of Nutrition, Hyderabad)