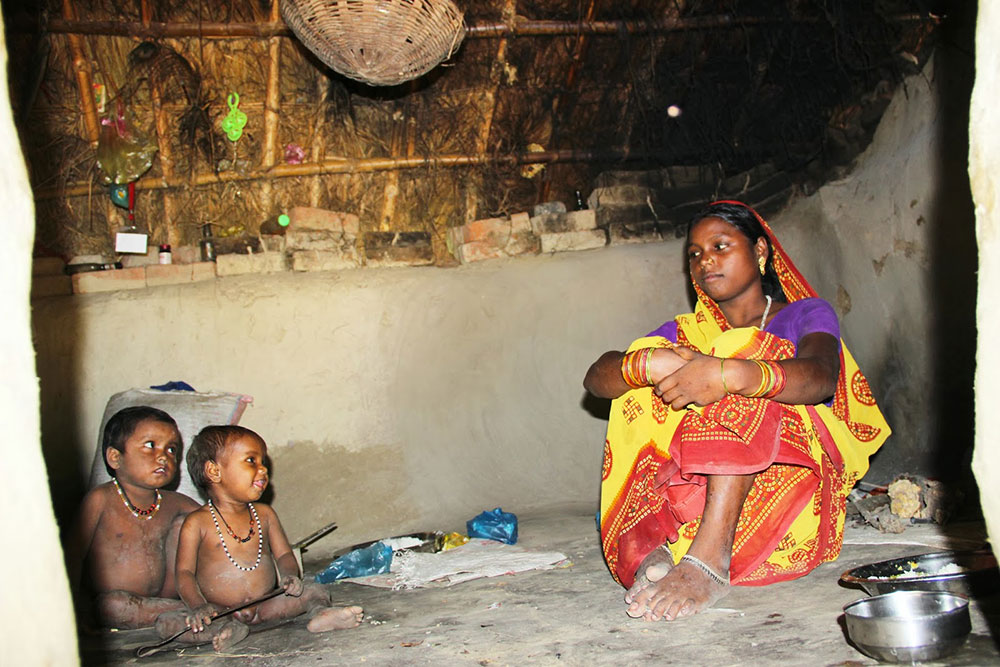 Towards Building A Vibrant and Resilient Community Against Hunger And Malnutrition

Jan Mitra Nyas, a non-profit organisation, with the support of Child Rights and You (CRY), is working in Anei Musahar basti (Musahar slum) in Varanasi, Uttar Pradesh, on the issue of child survival (maternal, neonatal health and nourishment) for a healthy and happy childhood.

In October 2016, Jan Mitra Nyas, a non-profit organisation, with the support of Child Rights and You (CRY), adopted Anei Musahar basti (Musahar slum) in Varanasi, Uttar Pradesh, to work on the issue of child survival (maternal, neonatal health and nourishment) for a healthy and happy childhood.

In the base line survey (BLD) and focus group discussion (FGD) we found that the community did not avail of government facilities fully due to superstition and belief that they will get treatment for all kinds of diseases from the ‘ojha’ (witch doctor). When a woman gets pregnant, they bring her to the ojha to protect the mother and child from evil and prevent stillbirth. Every month they have to pay Rs 200 to the ojha as fee along with ‘daru’ (alcohol) and ‘murga’ (chicken) for protection.

After the delivery of the baby, the ojha performs rituals known as ‘gadthant’ to prevent neonatal and maternal death. The rituals are performed at midnight in any quadrilateral area, and the fee the ‘ojha’ charges is between Rs 2,000-5,000.

With regard to the issue of malnourishment, the community visits the ‘sokha’ for binding the bended limbs of children stricken with rickets. The sokha uses chichidi leaves (Amaranthaceae) as necklace for preventing malnourishment, and for this they charge a small amount of Rs 10–20.

A sample survey was conducted in 20 villages of four blocks (Badagaon, Pindra, Harhua and Arajiline) of Varanasi district, and it was found that due to ill treatment and negligence in government hospitals 19 out of 20 families were in debt, ranging between Rs1,000-Rs 1,75,000 for getting treatment in private hospital or by ojhas and sokhas. 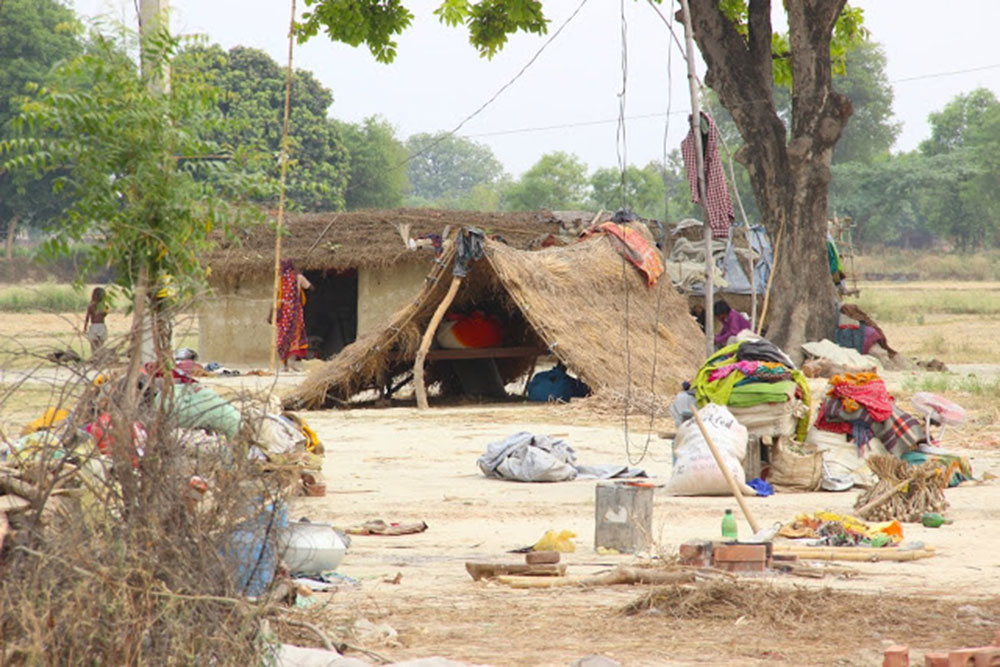 Stereotypical thinking, superstition, and lack of trust in government-sponsored healthcare schemes and facilities are the main hurdles in the realisation of health services for pregnant women and their children, the study found. Thus, they resorted to the community practice of home delivery for the pregnant women, and did not seek out the posahar (nutritious food) distributed by the ICDS (Integrated Child Development Services) worker. The ANM (Auxiliary Nurse Midwife) never visits the ghetto of the marginalized communities for vaccination or immunization of the child and pregnant mother. The ANMs sit in the localities of the upper castes. When the Musahar community people go for availing these facilities they have to pay money for getting the Jaccha–Baccha card (Child growth card) and also face discrimination from the concerned stakeholders. .

The project by Jan Mitra Nyas, a public charitable trust linked to the Peoples Vigilance Committee on Human Rights (PVCHR), has a multi – layered and multi–dimensional approach to reduce Infant Mortality Rate (IMR) and Maternal Mortality Rate (MMR) and focus on healthy and happy childhood through changing their knowledge, attitude and practice by breaking the culture of silence and creating resilience among the community service providers.

Based on the knowledge, attitudes and practices (KAP) mapping, we prepared our strategies in the context of mapping stakeholders based on their interest and influence. Due to the existing patriarchal system, the health and well-being of women is not taken very seriously by the family. A woman taking care of her family and helping in work is considered as healthy. Besides educating women and adolescent girls and making them conscious about their own rights, the project also focused on holding a dialogue and engagement with the pregnant women, their husbands and in-laws.

Following are a few outcomes of the project:

* Of 23 pregnant women, 18 went to the Primary Health Care centre, in Badagaon, for delivery, utilising the facility of the ambulance service. Five pregnant women had their delivery at home. The project staff assisted the Musahar community in opening bank accounts to get the direct cash benefits of the Janani Suraksha Yojana (safe motherhood) scheme as well as other government schemes. Aakash was born in a Primary Health Centre, Badagaon, on 1st February, 2018. During the delivery Aakash weighed only 1 kg and 500 gm and also did not cry. The nurse provided kangaroo therapy (holding the baby that involves skin-to-skin contact) to Aakash, and after half an hour he started to cry. At midnight the hospital midwife was trying to convince Aakash’s grandmother to admit the baby in a private hospital as he was underweight. But Aakash’s grandmother did not listen to the midwife. Next day, the doctors discharged both mother and child.

* Another finding is that due to lack of knowledge, the mothers were giving water to their babies (0-6 months). During the advanced phase of pregnancy the project helped create awareness and promote breast feeding and also demonstrated about proper care of the child and food for children between 6 months to 5 years and also for the pregnant mother. For example, Kajal (daughter of Reema and Lorik Vanwasi) and Aakash (child of Sarita and Mahendra Vanwasi) were breast fed for six months. Reema had the full support of her husband but her in-laws forced her to work rather than take care of the child. Sarita got the full support of her husband and in-laws. Aakash’s grandmother took care of him from time from time. 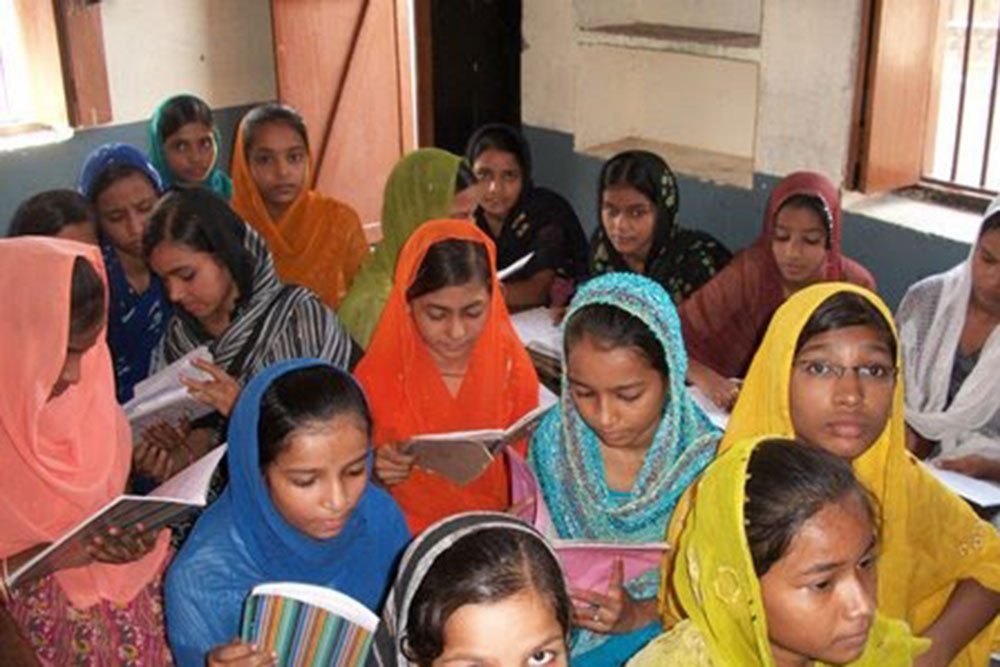 * 15 of the new-borns drank colostrum (the first form of milk produced by the mammary glands immediately after delivery) after an hour of birth as their first immunization. The remaining 8 babies did not get colostrum due to superstitious belief that a child should be fed only 3 hours after delivery.

* Of the 18 adolescent girls in the ghetto, 5 had a health test done in a camp organized by the ANM. In the health camp one girl was diagnosed as anaemic and was referred to the public health centre, Badagaon. There she got treatment by the female doctors. Adolescent girls are using sanitary pads during menstruation, and when they did not have money they were using clean cloths. The girls participated in the Kishori Swasthya and Poshan Mela, (Adolescent Girls Health and Nutrition Fair) organized in Pindra Block level. The mela had lots of information on the various issues related to adolescence such as balanced nutritious diet, taking care during menstruation, hand washing process etc. A documentary “Menstopedia” was also screened and the girls were explained about “good touch and bad touch” and a quiz contest was also organized. The girls who gave right answers were awarded sanitary napkin packs.

* The severely acute malnourished (SAM) rate reduce due to activization and availing facilities of the ICDS centre.

The Auxiliary Nurse Midwife (ANM) has evolved a micro plan for immunization for the Anei Musahar basti since 2011. The ANM had the responsibility for immunization of the pregnant mothers and children of both upper castes and also of the Anei Musahar ghetto. However, the ANM would never visit the Musahar ghetto, but sit at a roadside Hanuman mandir to vaccinate the mothers and children. She used to call people from the Musahar ghetto at the same place for vaccination, but most of the children and pregnant mothers got left out.

The project did advocacy with the concerned authorities on the number of people getting left out of the vaccination. Gradually the ANM started visiting the ghetto for the immunization. From March 2018 the ANM began spending a whole day for immunization in the Musahar ghetto. 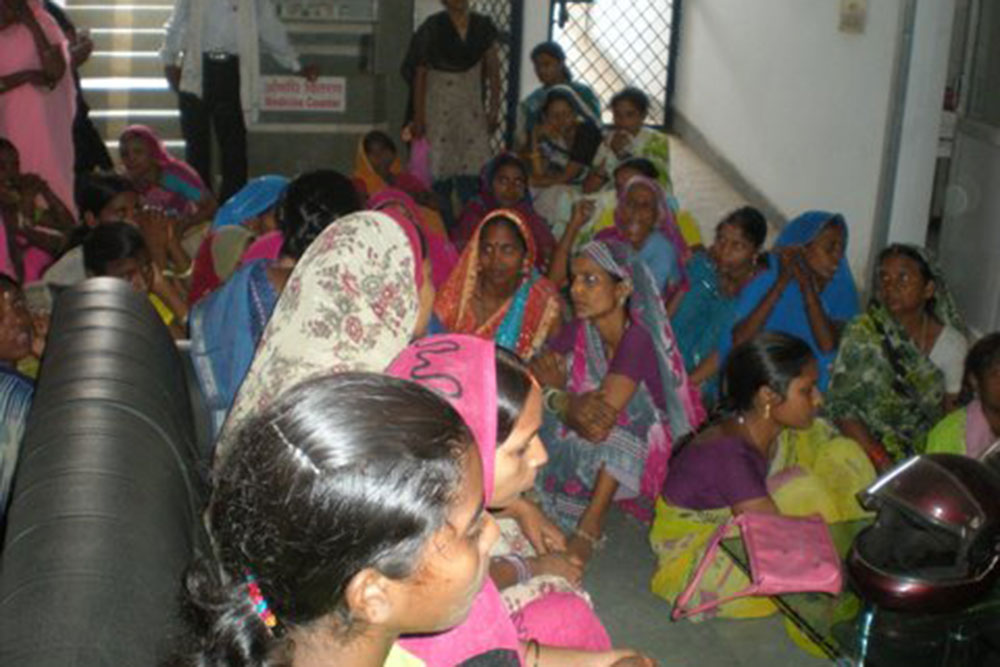 The mini ICDS starting in 2011-12 but it was not implemented at the grassroots level. After a few years it started operating in the primary school Anei second development block. In the school only one ICDS was operating with two ICDS workers. The Musahars would not avail of any facilities from this centre. In October 2016 the organization started the Bal Swasthya Poshan (Child Nutrition and Health) and created knowledge and awareness on the services being provided. The staff met with all the ICDS workers in Anei village to know about the ICDS worker in Anei Musahar Basti. They were informed that the ICDS worker of the area was not regularly sitting in the ICDS centre in the school. Neither were the Musahar children going to the centre nor was the ICDS worker interested in operating the centre in the ghetto. A complaint was filed with the regional Mukhya Sevika (In charge) who in turn said the Musahars were responsible for not availing the facilities. A complaint was filed at the Chief Minister’s portal (online complaint), following which the ICDS centre started to operate in the Musahar ghetto from November 2018.