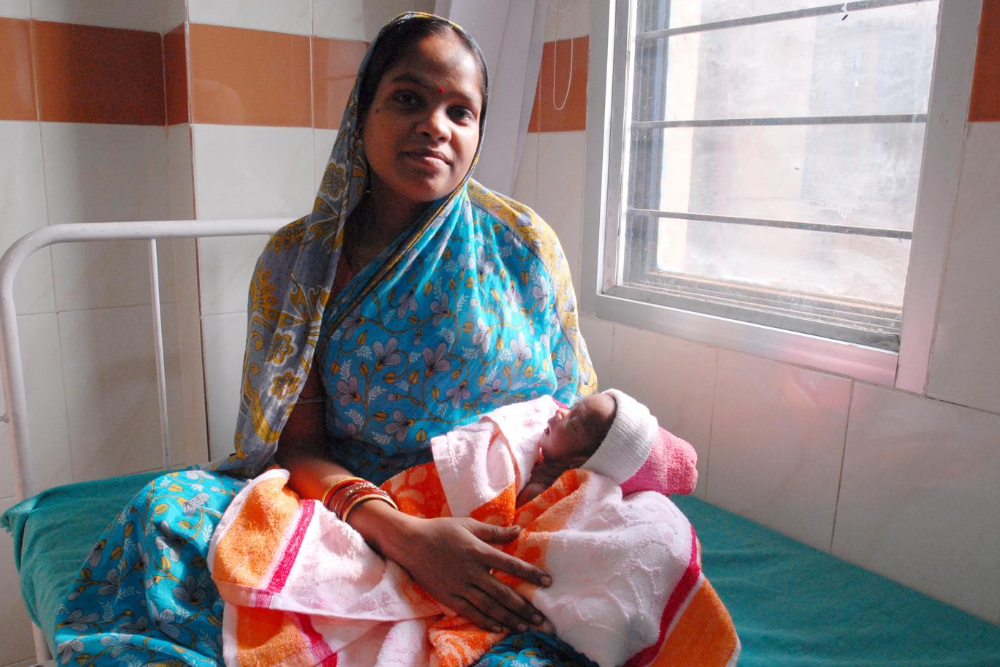 The Infinite Environmental Benefits Of Breastfeeding

As world breastfeeding week draws to a close, here's a look at how it actually helps our planet

World Breastfeeding Week is celebrated every year from 1st August to 7th August. It was initiated by the World Alliance for Breastfeeding Action (WABA), in 1992 with varied themes. Since 2016 onwards it has been combined with Sustainable Development Goals (SDGs). The theme for World Breastfeeding Week 2020 is Support breastfeeding for a healthier planet!; aligned with the Sustainable Development Goal 2030. Breastfeeding is the most sustainable, climate and environmental friendly method, as it condemns the use of plant’s scarce natural resources. It prevents diversion of foodstuffs through dairy animals to produce breast milk replacements. This in turn minimizes the utilisation of materials and energy for the entire development, modification, packaging and distribution of animal milk to make it suitable for infants feeding. The solid waste burden resulting from artificial feeding would be eliminated, from agricultural pollution to fewer nappies and pads to absorb menstrual flow, since artificially fed children produce more faeces and urine, and their mothers resume menstruation sooner than if they were breast feeding. Breast Milk Substitute (BMS) generates waste in the form of bottles and teats, tin containers and promotional material, which needs disposal. Due to weak implementation of government policies and programmes the innumerable benefits of breastfeeding have been neglected due to the breast milk substitutes in the market.

These horrifying statistics can only be curbed by greater intervention strategies to support breastfeeding, face to face counselling of the mothers, and promotion through channels involving both private and public sector fraternities. It is only through combined efforts of policymakers at Centre and State level; that strict monitoring on the direct and indirect promotional activities of the baby food and feeding bottle manufacturers like organising seminars, media campaigns, free distribution of baby foods, contacting mothers through social media, etc. can be made controlled. Hospitals with maternity services for breastfeeding-friendly practices like early initiation of breastfeeding, avoiding
separation of baby and mother, not giving prelacteal feeds, practicing exclusive breastfeeding and using infant formula only if there is a medical indication as suggested by WHO, should be encouraged.

Also Read| Breastfeeding During A Pandemic

The infinite health benefits of breastfeeding cannot be ignored or replaced with any level of commercial formula existing in the market. The initiation of breastfeeding within the first hour of birth is the most vital step in the reduction of under-five mortality of infants. Breast-milk is the most natural and perfect food for a normal growth and healthy development of infants. According to Oftedal O T 2012, human milk contains a balance of bioactive compounds and non-nutritive factors in an appropriate proportion, that safeguards the growth and development of the infant. Exclusive breastfeeding for the first 6 months of life followed by continued breastfeeding for 1-2 years is considered to be the normal feeding standard (WHO Infant and young child nutrition 2003). It prevents an infant from all forms of malnutrition, and reduces the risk of developing non-commnunicable disorders like diabetes, cardiovascular diseases and cancer.

Colostrum produced in low quantities in the first few days of postpartum is rich in immunologic components like immunoglobulin (IgA), lactoferrin, leukocytes, and developmental factors such as epidermal growth factor (EGF). It contains higher concentration of sodium, chloride and magnesium, and is low in calcium and potassium than later milk. Antibodies and bacteria such as E-coli, coupled with some other viruses are found in breast milk, which protect the gut mucosa. Breast-feeding also protects infants from vulnerability to allergic reactions. Breast feeding is associated with better cognitive development possibly due to the high content of docosahexaeonic acid (DHA), which plays an
important role in brain development. An average Indian woman secretes about 750 ml of milk per day during the first 6 months and 600 ml/day subsequently up to one year corresponding to 2500kcal/day and 2420kcal/day of energy requirement, respectively. Nutritionally, adequate needs to be maintained during pregnancy and lactation.

From a nutritional perspective, infancy is a critical and vulnerable period. At no other stage of life is a single food adequate as the sole source of nutrition. This phenomenon occurs when immaturity in tissues and organs involved in nutrient metabolism (i.e., the gastrointestinal tract, liver, and kidneys) limits the ability of an infant to respond to excesses or deficiencies in nutrient intakes. Human milk is species specific, and many of the nutrients it
contains are secreted as bound components that can offer protection from indigestion and facilitate absorption and utilization.

Breastfeeding Promotion Network of India (BPNI) founded in 1991, is a national network of organisations and individuals dedicated to promote the health of mother and child through protection, promotion and support of breastfeeding. A mobile application named ‘Stanpan Surakhsha’ is set to be launched on 7th August 2020, to provide counselling service to pregnant and lactating mothers all over India by authorised lactation counsellor.

The indirect effects of exclusive breastfeeding for the first six months and the safe use of adequate weaning foods over the next couple of years would be to reduce the incidence of many conditions which are currently burdening our healthcare systems. As we all know that there is no plan B, therefore we need to follow and promote the practices with least exploitation of our definite natural resources. Child’s first inoculation against death, disease and poverty is Breastfeeding thus ensuring the physical, cognitive and social capacity build-up. The world needs a clear breastfeeding target that interprets meaningful improvement in infant and child nutrition.

(The author is currently pursuing her PhD in food science from the Department of Food Engineering and Technology, Institute of Chemical Technology, Mumbai)