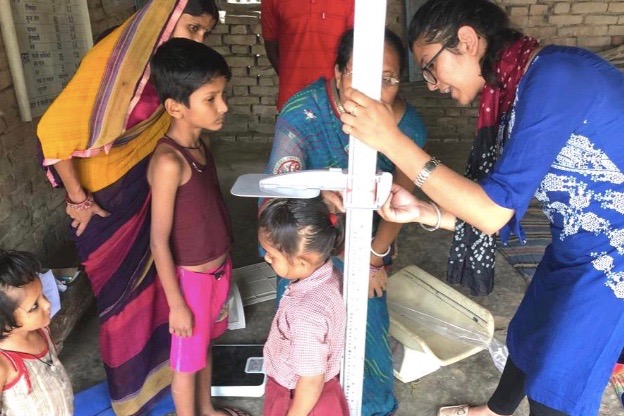 A Swasth Bharat Prerak taking the height of a child in Madhubani, Bihar Twitter @SPreraks

The Swasth Bharat Prerak programme is a joint initiative of the Ministry of Women and Child Development and Tata Trusts. Around 300 Preraks are spread across 22 states.

The around 300 Swasth Bharat Preraks who have fanned out across the country have been able to make “significant contribution” in the Nutrition sector in their respective areas of operation, taking forward the government’s Poshan Abhiyaan, says Dr Rajan Sankar, Senior Advisor, Nutrition, Tata Trusts.

“With Poshan Abhiyaan being a very important and priority programme of the government, with a lot of push from several ministries at the central level and ownership at the state level, the Swasth Bharat Preraks have been able to deliver very well. They’ve been key catalysts, bringing different departments together. They have been able to make significant contribution,” Dr Sankar told Outlook in a chat.

In many cases, the Preraks, who are well educated and come from “privileged backgrounds”, have been able to bring in their own initiatives and make a difference in the delivery of National Nutrition Mission, he said.

“The Poshan Abhiyaan is a very well-designed programme. The Preraks don’t have to design anything. Their task is just to make things happen at the ground level, bring in convergence. And they have done exceedingly well,” Sankar said.

The Swasth Bharat Preraks programme is a joint initiative of the Ministry of Women and Child Development and the Tata Trusts.

The Preraks are spread across 22 states, but not in Odisha and West Bengal so far. Tata Trusts is hopeful the respective state governments would adopt the programme, said Dr Sankar. 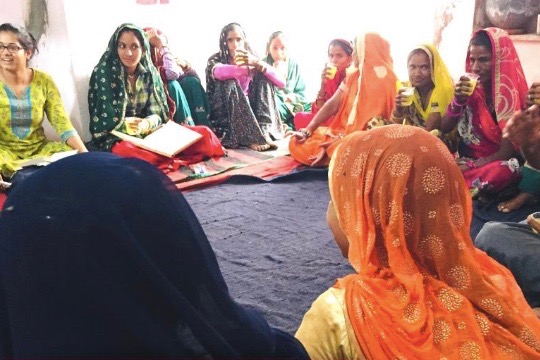 Elaborating about the innovative approaches adopted by the Preraks, he said that in the case of the Anaemia Mukt Bharat initiative there were problem areas seen in the supply and also consumption of the Iron Folic tablets.

“The Anaemia Mukt Bharat is a major priority programme. Some of the Preraks have taken it on themselves to educate and improve the attendance for taking these Iron Folic tablets from the Anganwadi centres, and the ANMs (Auxiliary Nurse Midwife), as well as consumption of these tablets. Less than 20 percent (beneficiaries) were receiving it and a very small percent, in single digits, who were actually consuming it. The Preraks did some pilot projects, using communication and peer-to-peer communication, and by using adolescent girls as change agents, in their blocks. They have driven the acceptance of the Iron Folic tablets, and consumption is now quite high,” he added.

Another major programme of the Poshan Abhiyaan is Wajan Divas, or weighing the children. Children below 2 years are weighed every month, while those over 3 years are weighed once a quarter. “This has not been happening. Under Poshan Abhiyaan all Anganwadi centres across India have been given new equipment for weighing and for measuring the height of children, and also measuring the height of very small children with the infantometer. The Preraks have initiated a mass mobilization to ensure that no child gets missed out.,” he said. 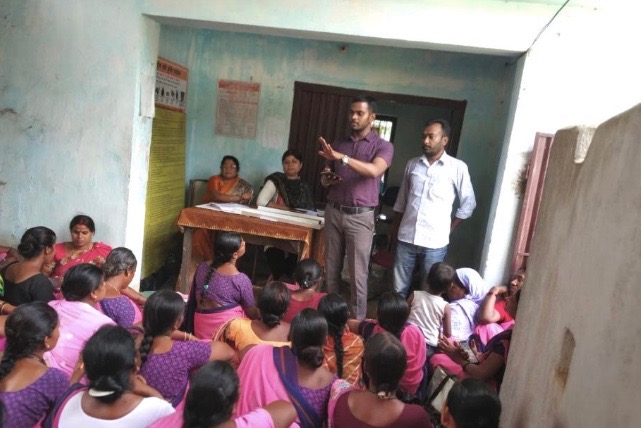 “These are the kind of things when the community starts owning up and doing, then the chances of it sustaining and continuing are much greater. Though they are very small at scale, we’ll have to learn from them and see how to take it across.”

Some of these good initiatives are being conveyed to the other Preraks, to see if they can use it their blocks, and also if the initiatives can be scaled up.

The Preraks are mostly stationed in the aspirational districts in Uttar Pradesh, Bihar, Madhya Pradesh, Rajasthan, Chhattisgarh and Jharkhand states.

The Swasth Bharat Prerak (SBP) programme is a one-year fellowship, which in some cases is extended to two years. Tata Trusts has recruited 100 Preraks from campuses and they will be joining in July.

Many of the students find the SBP programme of working with the government as a good work experience, which helps them when they go for higher studies and job interviews.

“Many of them don’t even know the realities of village background, the poverty and deprivation… So this is something that is changing their emotional quotient to a very big extent -- that is the feedback that I get. When I meet a lot of these youngsters, many of them openly say, ‘Sir we never realized that life can be so harsh in India.’ So it changes them for good, and they are all going to be future leaders. Many of them will be in influential positions as individuals or in any institutions that they hold,” Dr Sankar said.

Tata Trusts is conducting a study with IIT, Gandhinagar, led by Professor Malavika Subramanyam, into the SBP programme. It will look into districts with Preraks, and those without the Preraks. It will also look at districts where Preraks said that they got all the support they needed from the district administration, and some districts where the Preraks reported difficulty.

“So, what would be ideal is the right combination of an enthusiastic district administration, plus a Prerak playing the role of a catalyst… The report will be ready in another two months. It will be an evaluation of the Behavior Change Communication -- how many people were touched, how may later on said that they had realized and understood the messages (on Nutrition), and that the Preraks had a major role,” Dr Sankar said.

The Poshan Abhiyaan, launched in March 2018, aims to reduce the level of Stunting, Under-nutrition, Anemia and Low Birth Weight in children, and also focus on adolescent girls, pregnant women and lactating mothers.