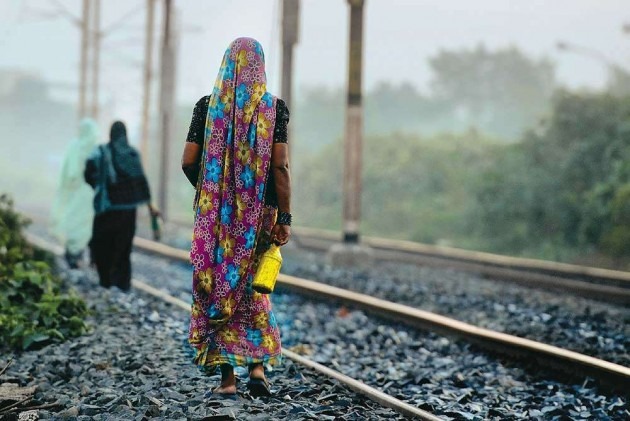 Stunting And Sanitation In India: More Questions Than Answers

The World Health Organisation (WHO) considers children as stunted (or having low height-for-age) if their height-for-age is lower than two standard deviations of the median height as determined by the WHO growth standards. Stunting is different from other nutritional outcomes like wasting (low weight-for-height) and underweight as children can gain weight over time if provided with adequate nutrition or moved to an improved sanitary environment. However, stunting is irreversible as the child cannot recover the lost development in height in the same way he/she can regain weight. Its consequences are linked with poor cognitive development, poor educational performance, and lower adult productivity and wages. This is why the latest stunting data from NFHS-5 (2019-2020) has drawn attention from nutritionist, economists and program implementers alike. The estimates indicate that among all the states surveyed, 32% of the children below five are stunted in India.

At the same time, NFHS-5 data also indicates that only 77% of the population in the surveyed states uses improved sanitation facilities. The link between open defecation (OD) and stunting has been well-established in literature on the subject. OD leads to contamination of water and food which causes diarrhoea, and intestinal infections. Recurrent exposure to these infections leads to poor nutritional absorption capacity among children, reducing the efficacy of nutrition interventions. Building and using sanitation facilities will cover the excretal matter, prevent it from re-entering the environment and eliminate the transmission of faecal pathogens from infecting the people in the community. Investment in the water, sanitation and hygiene (WASH) interventions is considered to be the most cost-effective interventions to combat stunting.

In this article, I use the estimates from NFHS-5 on both stunting and OD to determine the association between the prevalence of stunting and usage of sanitation facilities across states in India. This analysis will be useful to determine the answer to a puzzling question: If sanitation improvement has been shown to lead to a lower prevalence of stunting, then why is one observing no improvement (or rather a reversal in trend) in stunting prevalence despite the decline in OD in NFHS-5 (2019-2020) (relative to NFHS-4 (2015-16)). 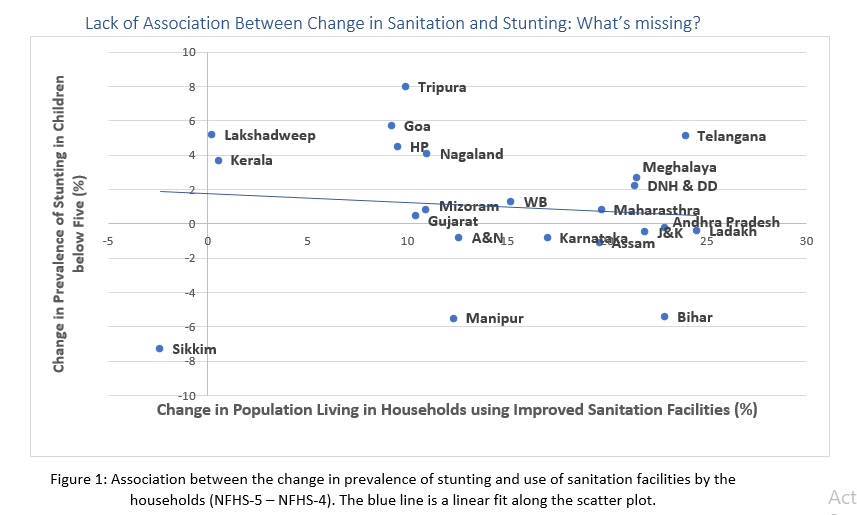 Figure 1 informs us that there is almost no association between the change in the use of sanitation facilities and the prevalence of stunting across 22 states and UTs in India.[1] This finding is in contrast to seminal studies in economics and nutrition literature (Coffey et al., 2018; Headey, 2015; Vyas et al., 2016). These studies have been instrumental in establishing the causal relationship between the decline in OD and improvement in stunting (and anemia) in Nepal, Cambodia and Ethiopia. If this relationship persists across other countries, then why is it missing in India?

Economics of sanitation: are negative externalities at play?

This graph emphasizes the key role played by negative externalities emanating from open defecation on child health outcomes like stunting. A child’s health is predicted by his/her sanitation environment rather than standalone use of sanitation facilities in their own households. This implies that the child is at the risk of being infected by faecal pathogens even if a fraction of households in the community are practicing OD. This could be a potential reason to explain why despite significant investment in building toilets, and subsequent improvements in the rates of OD in the past 4-5 years have not translated into betterment in child health outcomes (as is exhibited by the NFHS-5 data). Community-wide adoption of toilets and 100% elimination of OD is necessitated to realize significant gains in child health outcomes. We note that according to NFHS-5, except Kerala and Lakshadweep, no state is close to achieving 100% usage of sanitation facilities.

What about Kerala and Lakshadweep?

However, this brings us to another observation: Kerala and Lakshadweep were close to 100% sanitation in the NFHS-4 (2015-16) as well as NFHS-5 (2019-2020). And yet, both states witnessed an increase in the stunting rate for the same time period (see figure 2). This implies negative externalities and the lack of universal sanitation cannot fully account for the rise in stunting. There is scope to explore the role of other determinants.

What are the other potential factors at play?

Besides sanitation, stunting is also determined by the household's socioeconomic status and the strength of the social safety net programs. With the decline in economic growth between the survey rounds, the household’s ability to provide for essential calorific and nutritional requirements could have been compromised. Further, we need to keep in mind that the stunting outcomes are sticky and take time to change. The period between the two NFHS rounds might have not sufficed for the changes in sanitation and other development programs to transition to an increase in a child’s height-for-age.

However, despite the sticky characteristic of the stunting indicator, the lack of substantial improvement in underweight (i.e. weight-for-age) is still worrisome because changes in weight are registered quicker than the changes in height.

An expert panel: a welcome move

The NFHS-5 data is warning us of an impending crisis as the nutrition indicators are likely to become worse in the wake of COVID-19. A rigorous state-level analysis of the safety net schemes and sanitation progress, as well as the trends in per capita incomes and economic growth, will need to be conducted to understand the puzzling stunting results. It is in this context that one welcomes the move of the Health and Family Welfare Ministry to set-up an expert panel headed by Preeti Pant to investigate the core of these findings. My hope that is that this paper finds the panel and can help them structure as well as rationalize the role of sanitation and other factors in determining the puzzling nature of stunting outcomes in the context of NFHS-5 data.

(The author is a Consultant at Tata-Cornell Institute and PhD Scholar at Bennett University. Views expressed are personal)