In the second and concluding part of this interview, Rajiv Kumar talks about CSR in the field of nutrition, the migrant crisis and the growing public interest in the plight of the downtrodden
| Sep 07, 2020 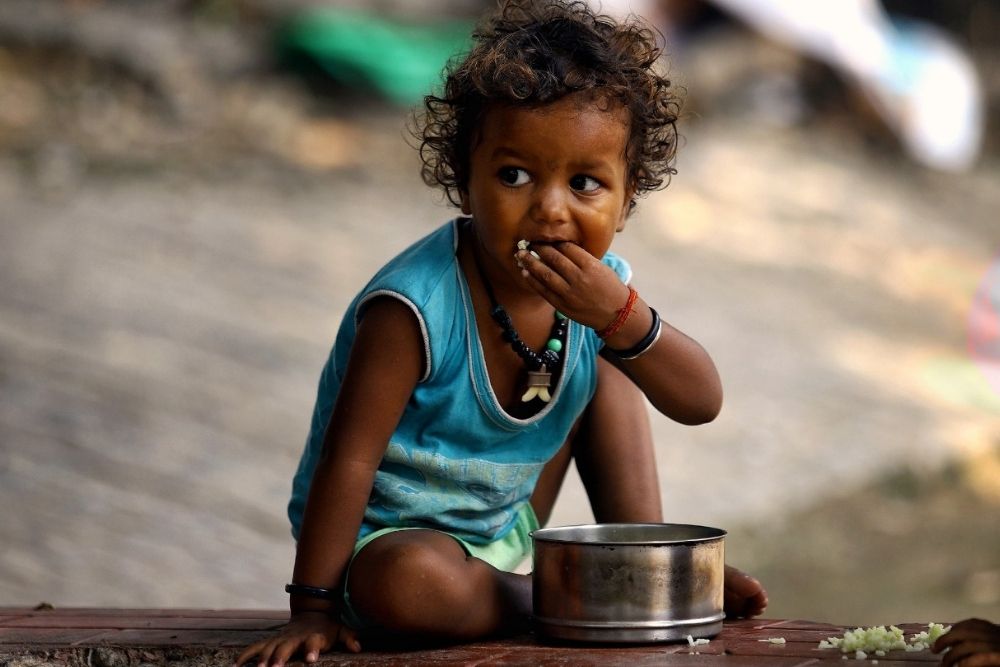 You have in the past urged corporate houses to prioritize nutrition as part of their CSR (corporate social responsibility) initiatives. What are some other ways in which businesses/the private sector can contribute to India’s mission to eradicate malnutrition?

The biggest role corporates can play is to spread awareness [about nutrition]. The Ministry of Women and Child Development in partnership with NITI Aayog and state governments organizes Poshanmelas, Poshanpakhwadas and Poshanmaah in different parts of the country. If the corporates in those regions were to cooperate and partner with the government, give it that extra push and visibility and sustain it for a longer time, it could play an important role.

I am saying this because people still confuse food with nutrition. We need awareness about nutrition, about balanced diets, about the fact that maximum development of the
brain happens when a child is between one to three years of age and therefore needs maximum nutrition at that early age, or that mothers/would be mothers should not be
anaemic. This much needed awareness is still not present. That’s where corporates can do a huge amount of work. I could have easily saidthat they can provide food packets and so on – but no, I think awareness is something that they can start and sustain. To repeat myself, financial resources are not the problem in this case, as might be in some other sectors because the government is really committed to giving it whatever we can. The other manner in which corporates can help in the nutrition programme is to provide fortified rice because that’s something which can address women’s anaemia very quickly. We are launching the programme in 15 pilot districts and it will hopefully be rolled out across all districts. That – rice fortified with iron and folic acid – by itself can help us eliminate women’s anaemia in the next three years. It doesn’t take much more than that.

These are two areas in which corporates can help.

The Global Nutrition Report 2020 was released recently, and India continues to bear the largest burden of malnutrition and looks set to miss the World Health Assembly
nutrition targets for 2025. How do we fast track our progress?

Well, in these Covid-19 days, we can’t think of fast tracking anything at all. We have to get the state governments much more enthused about nutrition. Luckily, some have shown a willingness to do more than what they’re doing. And as I said earlier, the shortest way to fast track it is to involve the local governments. We should be working with the third tier and empowering it with financial resources, with knowledge, and with accountability. If CSOs can get involved in and can share my priority, that can be a big factor. I give nutrition the highest priority in my work because I don’t think we can do anything with such a large number of children being undernourished, because that’s the future of the country. In Uttar Pradesh, for example, we had some very good results because of an intervention by Tata Trusts, who sent volunteers for working with the administration in every district. If the corporate world can also share my priorities and direct more and more of their CSR to this critical issue of malnutrition and eliminating it, I think we could achieve our goals sooner rather than later.

Following the Covid-19 pandemic, every day we are seeing reports of struggle, strife, starvation, and even some deaths. What do you believe has been missing in our systems
that what was primarily a health crisis is also now a humanitarian one?

I don’t want to accept that this is already a humanitarian crisis because I think the state governments have done a lot in partnership with civil society organizations which have shown tremendous initiative and drive in helping the migrants and vulnerable sections of the population. The central government has itself allocated Rs 13,000 crore to the state governments to try and take care of these population segments. But let me put it to you in a rather economist way. The statistic from the 2011 Census was that we had 65 million migrants in the country. And that figure I believe has risen to more than 100 million migrants in the country at present. Out of this very large number of migrants, from all available estimates, not more than 10% have tried to return to their villages. Therefore, a large majority of migrant workers are staying where they were and they have not moved back and are unlikely to move back. Not for a minute am I underplaying the tragic images that have come out. But we should take some heart from the fact that it’s still only about a tenth or so of the total number of migrants who have taken journeys back to their states of origins. The two
implications of that are – one, thankfully this is not therefore a very large-scale humanitarian crisis, and two, when the lockdown is lifted, there will hopefully besufficient number of workers available to go back to run the factories, transport or start other economic activities. Surely, the absence of the ten per cent of the workforce will raise wages in regions/states where migrants played a prominent role in economic activities. This might be a blessing in disguise as it will propel productivity improvements and may also help to eliminate the duality between the formal and informal sections of the workforce. The most important take away from this experience is to ensure that we bring the informal sector workers firmly in our policy radar and collect all relevant data and assure them of a minimal safety net.

Could you explain how we have reached this figure of the migrants we are seeing, as hundreds of thousands and not the full arc of 70-72 million?

Let me repeat that any number – in tens or hundreds or thousands – of people making these journeys is unacceptable. I am the last one to underplay or undermine that. The numbers – as there is no data on the number of people moving – are just anecdotal, from what we see and hear. There is no statistic being collected. The number of 72 million is, as I said, extrapolated from the 65 million, which was a hard data from 2011.

How do you see this impacting our social and economic landscape in the immediate future and perhaps in the long-term?

It’s really very difficult, and it depends on so many things. By allocating Rs 40,000 crore more to MGNREGA right away, and making MGNREGA budget now worth more than
100,000 crore, the government is trying to ensure that those workers who return to their villages are quickly absorbed into the rural workforce as soon as possible, therefore not leading to any disruption or strife. The central and state governments are working in tandem in this effort. Civil society organizations have played a stellar role and the government is also extending a helping hand to them.

What in your opinion would a post-Covid-19 India look like?

I don’t think there will be a ‘pre’ and ‘post’ COVID situation, because you’ll have to learn to live with it, like you’ve learned to live with influenza, flu, swine flu ordengue or whatever. But yes, we will have an India that is going to be hugely cognizant of the fact that a continuation of this dualistic structure of our society, where avery large percentage – almost 85-90% of people – are in the informal sector, where they don’t have social safety or health safety nets, or even where labour laws simply don’t exist or apply, that dualism cannot continue to exist. Therefore, after this particular time, I hope and I think there will be a very sharp rise in the social consciousness of our people that we have to eliminate this dualism, the sooner the better, sooner rather than later. And it is very much pointed towards us, the elite who
have chosen to live with it all our lives. We have simply accepted the fate of the rehri-wallahs and the rickshaw- wallahs for whom none of these [safety nets] are available. The Covid-19 shock will tell us that we need to put in place a social safety net, a medical safety net as soon as we can for the entire population. This is the effort under Ayushman Bharat, which will initially cover about 10 crore families and then expand to achieve universal health insurance coverage. Therefore, this will be an India which will pay much more heed to social sectors and human resource welfare than was done in the past. And I hope that to a certain extent the elites’ indifference towards their own brethren will be much lower than what it used to be. The knock on the window of the car would mean something…

Do you think it’s more visible now to us that we have invisibilized large sections of society?

I think this is the first time that we have the awareness that a large mass of unprotected and informal sector workforce has extensive negative externalities and we cannot isolate ourselves from it. The virus will come to you, whether you are in Lutyens Delhi or in Malabar Hill in Mumbai, or wherever. This is the first time this insularity that the elite has had will hopefully be breached. The virus will not respect any class, caste or communal boundaries. And therefore, public health is a hugely important public good and I think that recognition must and will come about. I think this is what the prime minister had in mind when he initiated and so passionately pushed forward with the Swachhta Abhiyan. That’s what Gandhiji had said, that swachhta is more important to him than swatantrata. The fact is we have been caught in the midst of our campaign for swachhta and public hygiene, and I think it will be accelerated, as it should be, because of the pandemic. So, that’s the post-Covid India: an India which is more sensitive towards the requirements of public health, safety and hygiene and also more sensitive towards the welfare of those at the bottom of the pyramid, found
mostly in the informal sector.

Copyright Seminar Publications. This article was published in Seminar's June 2020 edition. Seminar is a monthly journal that discusses various national and international issues. Each issue of the journal focuses on a single problem, bringing together different viewpoints, to provide in-depth insights to readers and decision makers.