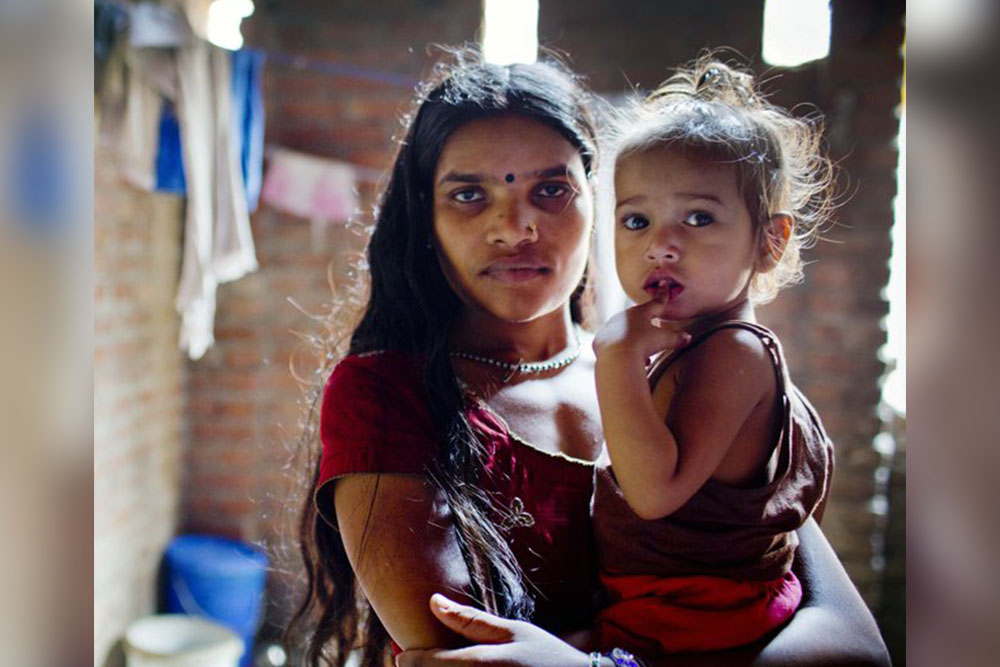 A mother with her child Picture courtesy CIFF

In Rajasthan, the Safe Childbirth Checklist is being implemented by Jhpiego, a non-profit health organization affiliated with Johns Hopkins University, with support from the Children’s Investment Fund Foundation (CIFF) and in partnership with the Government of Rajasthan across 101 public facilities.

In Rajasthan, a simple checklist of dos and don’ts is helping prevent avoidable childbirth-related deaths across hospitals in the state and has garnered attention from other Indian states, and even some African countries, who are keen to adopt it, says Hisham Mundol, Executive Director, India and Child Protection, Children's Investment Fund Foundation(CIFF)

The simple paper-based tool, WHO’s Safe Childbirth Checklist, suggests actions before, during and immediately after birth, as well as on discharge, aimed at tackling some of the most common causes of maternal mortality and neonatal mortality.

In Rajasthan, the Safe Childbirth Checklist is being implemented by Jhpiego, a non-profit health organization affiliated with Johns Hopkins University, with support from the Children’s Investment Fund Foundation (CIFF) and in partnership with the Government of Rajasthan across 101 public facilities. CIFF, a philanthropy organisation headquartered in London, is focused on improving children’s lives.

“The Safe Childbirth Checklist, which was implemented in government hospitals in delivery rooms in Rajasthan, has been successfully adopted by the Central Government as part of the Dakshata guidelines quality of care protocols. What is interesting is that other states are sending teams to Rajasthan to see the programme. Not just other states, other countries have come down to Rajasthan too, a delegation from Ethiopia, a former Tanzanian head of state, were in Rajasthan to see the checklist programme,” Mundol told Outlook in a chat. 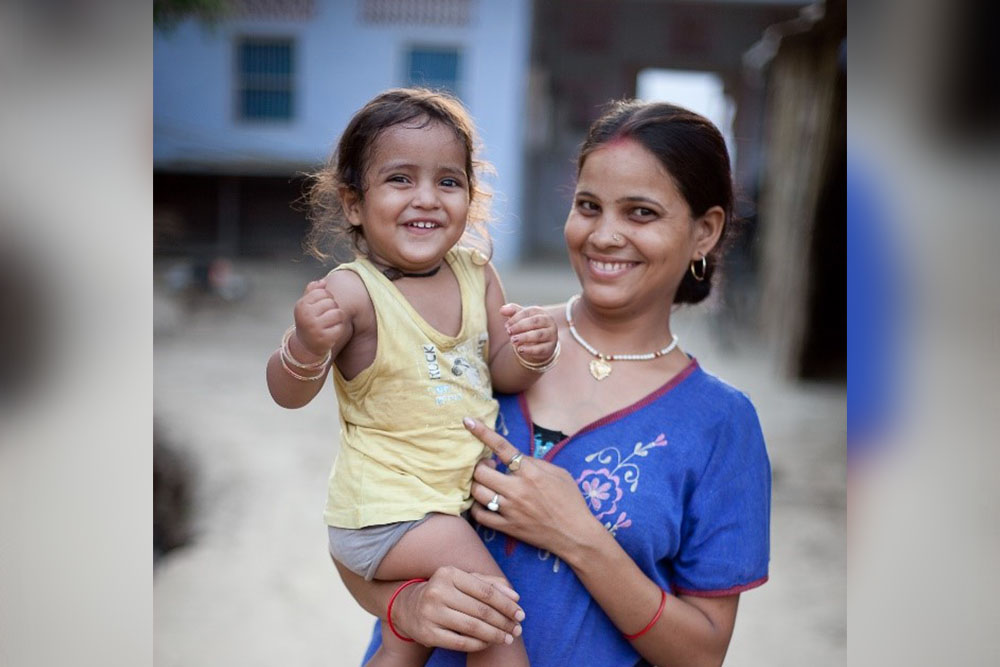 CIFF as a funding organisation, provides technical support to agencies that work with the government in the field of health, education, nutrition, child protection and climate change.

Besides the Safe Childbirth Checklist programme, CIFF is also working in the field of nutrition, by supporting the Rajasthan government’s CMAM programme – Community Management of Acute Malnutrition, which has helped tackle malnutrition among children across the state.

“Once the bottlenecks are fixed, you can take the 15 percent scholarships to 85 percent of eligible girls. This initiative has helped arrest dropouts, helped to get girls back into secondary school. And we know that the longer the girls are in primary and secondary school the more likely they will get married at a more appropriate age,” Mundol added. “We also tell the parents that there is a scholarship, and if she goes to school she will get the benefit.”

It is also working with the Rajasthan government on the RajPusht project, aimed at tackling maternal and child malnutrition, through the flagship Integrated Child Development Services (ICDS) programme. 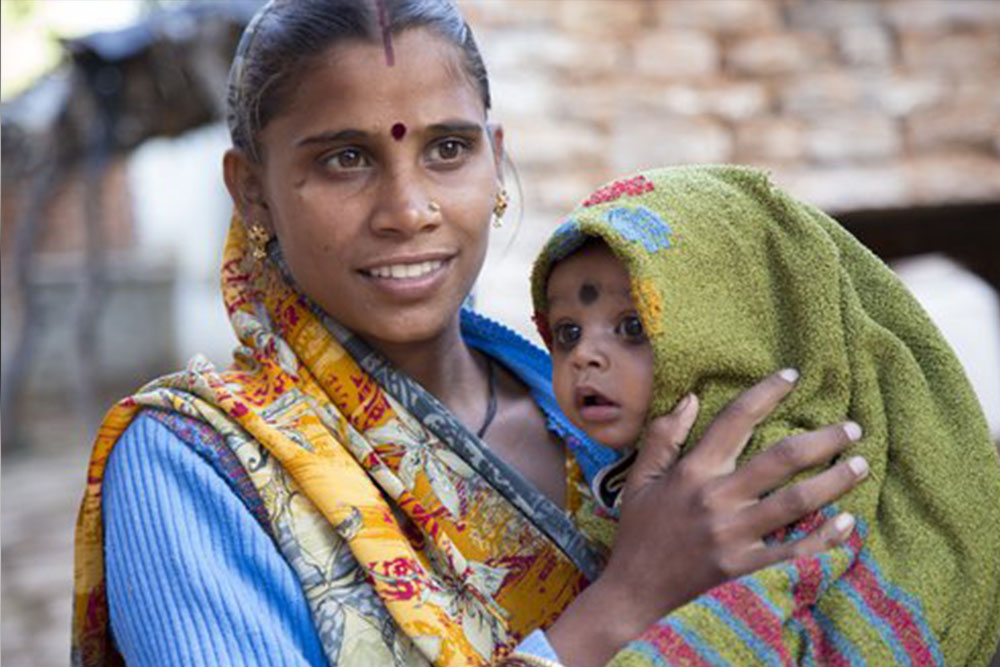 The aim is to make the ICDS more effective, he said.

“In programmes like ICDS, there were benefits that accrued from it for the past 30-40 years, but we are at a place where it is becoming incremental diminishing marginal returns. The most stubborn indicators – like stunting, wasting, low birth weight -- aren’t just shifting right now. We are looking at individual programmes and asking if the shift (improvement) is fast enough, and what can be done to support ICDS to accelerate the shift even more, in the areas of SAM, wasting..,” Mundol said.

“The primary thing is to Indianise every bit of the solution, the evidence, the research protocols, the treatment protocols. And the remarkable thing is we already have enough Indian stories and enough Indian examples and experiences, that we can work with. Amul producing foods is a classic way that we could solve nutrition issues by Indianising every part of it,” he added.

One of the decisions of the Niti Aayog is to replace the Take Home Rations with cash transfers that will go directly the bank accounts of pregnant women and lactating mothers at regular intervals. Along with cash transfer would be behaviour change communication on dietary diversity. “Evidence, from Odisha and Bihar, shows that the mother spends the money on food. With Aadhar and the bank account link, you are able to reach the money directly into the woman’s control, and give her information on dietary diversity. Through behaviour change communication we can explain why pregnant women should eat more, and the right kind of diets,” he added.

The move is expected to motivate the women to eat locally available nutritious food -- more protein and micronutrients -- during and after pregnancy.

Another area is to promote centres of excellence around the treatment of Severe Acute Malnutrition across the country. It is being funded by Unicef.

CIFF is also working to detect, prevent and manage antenatal infections that would help improve maternal health and the weight of newborns.

“if we are able to address Low Birth Weight, then the benefits are remarkable. To tackle Low Birth Weight, a woman needs to be physically, emotionally, mentally ready for a baby, which means earlier pregnancies will severely jeopardise the health of mother and child. And we also know that the nutrition for a pregnant mother is a very critical area, and is an incredibly under-serviced area. Women who are pregnant themselves are not aware about the need for proper nutrition, and we are somehow going to bridge the gap,” said Mundol. 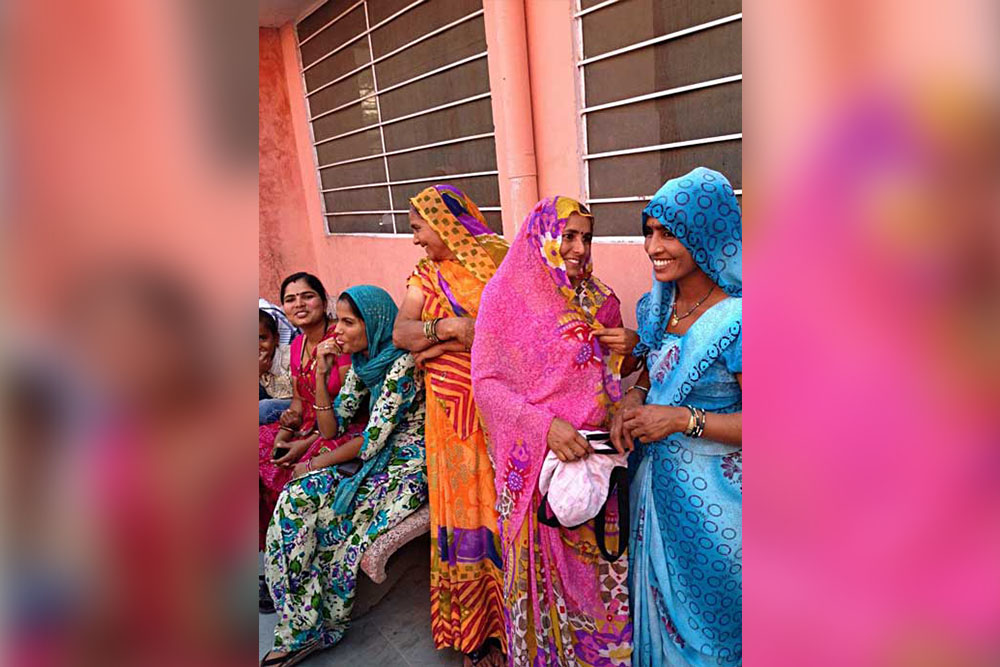 The nutrition of the pregnant woman is not just hers alone, but of the family, the community, the government, the development partners, the international agencies. “Everybody has to organise around her and get her the extra nutrition that she needs for the baby inside of her,” he added.

And it is also important that we begin messaging these things much more aspirationally. “We want positive stories. Those kind of approaches need to come more in the nutrition space. I also think that the community is not just talking and sharing enough, the lessons from the Maharashtra Nutrition Mission, which is a stunning success. It should be going to every state through formal forums, as well as informal groupings,” he said.

He also said the media can play a key role in disseminating information about nutrition. “Hunger is understood as a concept, starvation deaths are understood as a concept, stunting is not, wasting is barely by most of the community, low birth weight is appreciated - but not really as ‘what could I have done about it, but it’s more like the baby has come out and this is the birth’. And the media can play a huge role in this,” Mundol said.