Home Story World Water Day: Do you know the real value of water?

World Water Day: Do you know the real value of water?

Access to clean and safe usable water is a fundamental human right. Yet billions are denied access to it. Let's find out why.

Water is one of the most fundamental needs of life on earth. From quenching our thirst, meeting a host of our body’s requirements, sustaining agriculture and industrialization and supporting the economy to flourish to accomplishing the social wellbeing of a country- the need for water is omnipresent.

But yet we seem to have failed miserably to understand the true value of this gift of nature. Today, almost two third of the world’s population has to deal with something as severe as water scarcity, and billions of people lack access to safe and clean water.

In light of the World Water Day celebrated on March 22, let’s take a deep dive into this problem which many say could be the main cause of the next world war. .

A UN report indicates that around 3.2 billion people around the world are bearing the brunt of water scarcity. Water scarcity by itself is a multidimensional problem. Lack of access to clean usable water gives rise to a whole gamut of problems including scarcity of drinking water, lack of proper sanitation and compromised hygiene. Today around 4.2 billion people are deprived of managed sanitation and more than 3 billion people are still unacquainted with proper hand washing habits. All these problems share a common cause: Scarcity and improper distribution of water. 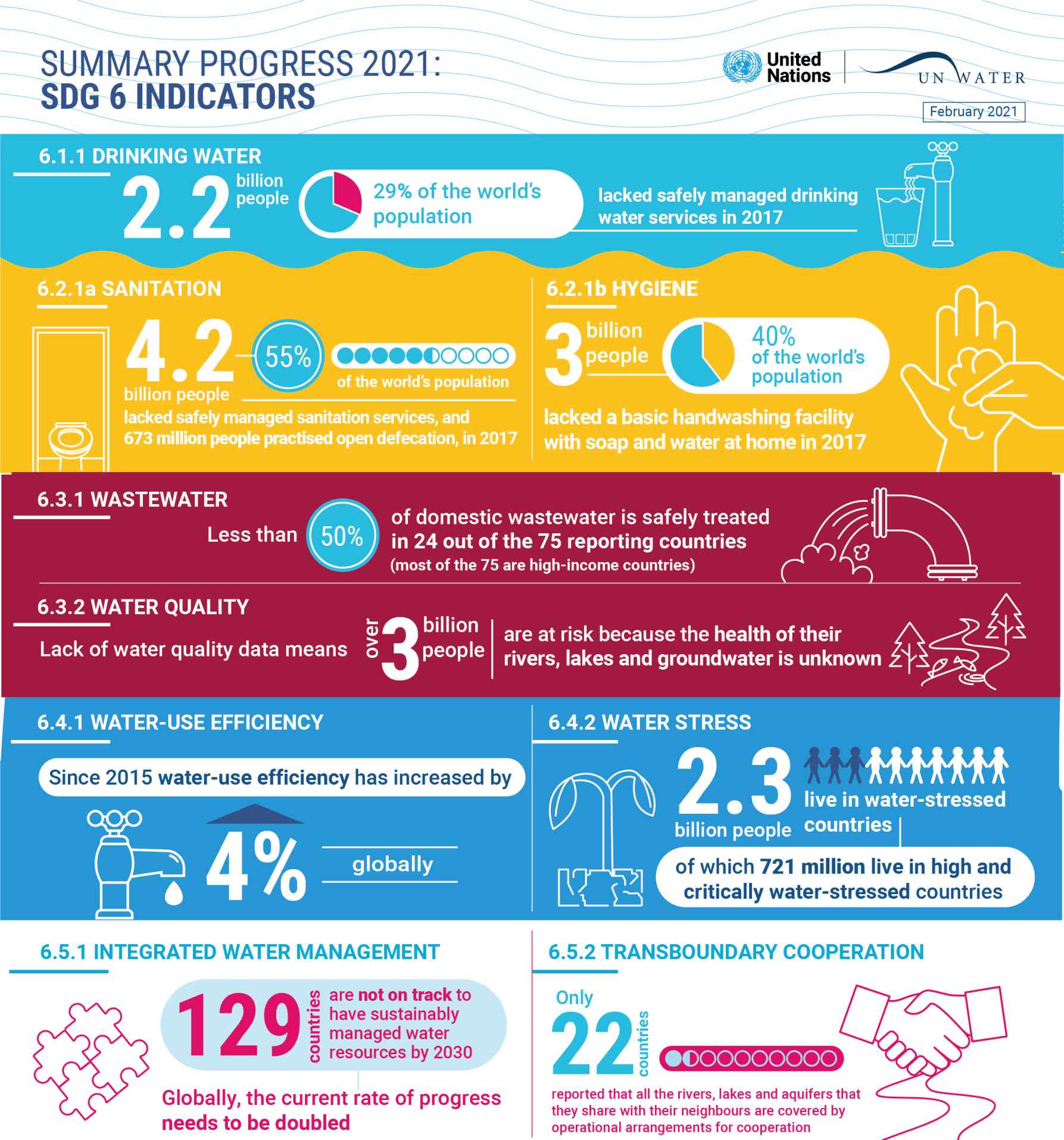 The Sustainable Development Goals (SDG), the flagship endeavor of the United Nations, lists ‘Clean water and sanitation’ as its sixth priority towards transforming the world and bringing in a better future. Establishing sustainable facilities ensuring secure access to clean water and safely managed sanitation in the next 15 years is their primary focus.

India is home to a population of 1.36 billion people, which is thrice the size of The Unites States’ population while the physical size of the country is only one third of it. Despite making significant advancement in the field of clean and safe drinking water, the enormous population size of the country still poses an insurmountable obstacle.

Groundwater depletion and contamination of water are the two most serious water-related matters of concern for India. The country extracts the maximum amount of groundwater in the world each year. Approximately 230 billion meter cube of groundwater is pumped each year in India in order to irrigate agrarian lands. Over 90 per cent of agrarian land encompassing the Indo-Gangetic Plain, northwestern, western and central India is heavily dependent on groundwater. With increasing industrialization and urbanization in India, the quality of available surface water is getting severely impacted. According to a report of the World Economic Forum, around 70 per cent of surface water in India is unsuitable for consumption. It also concludes that around 40 million litres of wastewater containing harmful chemicals enter the rivers and other water bodies every day.

For the past two decades, sincere efforts have been made by India to elevate the standard of water availability and quality of drinking water supplied by the respective municipalities. But rural India still lags behind in terms of access to clean and safe water for drinking and other household chores. Lack of clean and safe potable water is still the leading cause behind the 21 percent of the country’s diseases. Statistics suggests that children in more than 100 million homes are still deprived of clean and safe water.

Anthropogenic or manmade reasons are primarily responsible for the continuous exacerbation of the water condition across the globe. Accelerating manmade interventions are severely aggravating the situation. Here’s some of the main reasons:

The gross consequences of meddling with climate is ubiquitous. Water, one of the most fundamental needs of life, is not exempted from the effects of climate change.

With the steady rise of global temperature, the geographical regions with already elevated temperatures are now becoming excruciatingly hot which translates into drying of the natural water bodies. Moreover, due to Hadley Cell Expansion, a climate change triggered phenomenon, the clouds are drifting from the equator and floating towards the poles leaving the hot and humid equatorial regions starved of rainwater.

Demand for clean and safe water is directly related to the world’s population. The supply system is struggling to cater to the incessantly growing number of people. Many worldwide researches are projecting the addition of a whopping 2-3 billion people by 2050 to the prevailing 7.5 billion figure. Increased income is also very widely responsible for causing water scarcity as an affluent lifestyle often includes multiple water intensive everyday life facilities. 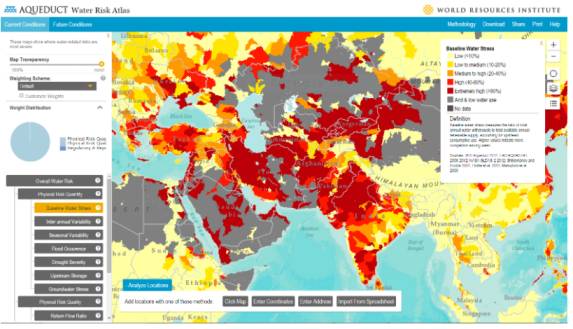 Wastage of water is one of the most pressing issues causing a dearth of safe and usable water. Also, an exponential increase in usage of several water intensive technologies gulps down a huge portion of water. Thermal power plants, nuclear or fossil fuel power plants, which have the onus of generating 90 percent of energy on them, collectively uses around 190billion gallons of water per day

Access to safe and clean usable water is not solely dependent on the quantitative availability of water across the planet. A meticulous water distribution infrastructure plays a pivotal role is proper and equal distribution of water. Water infrastructure repertoire includes transportation, treatment and discharge of water. Unfortunately several extensively carried out studies suggest that the units or components of the water infrastructures such as treatment plants, pipes and sewer systems are not really functional. Consequently, every day we are bearing a massive loss of 6 billion gallons of treated water due to faulty and under equipped infrastructure.

To mitigate this pressing issue of water scarcity, it is of paramount importance to educate mankind about the true value of water. Such awareness can actually pave the way towards a better future. It is especially important that those who are still privileged and have access to safe and clean water understand the magnitude of the problem

Not every solution to the problem requires a large scale initiative. Changes are extremely required to be made from a very fundamental and individual perspective so that the collective impact becomes huge. Curtailing water consumption at a personal level thus is the first step to be taken. Taking shorter showers, promptly repairing a leak in a water pipe, loading the washing machines and dishwashers completely before running the machine to optimize water usage, turning the taps off when not needed- all these everyday life changes can have a collective impact.

Recycling the industrial and agricultural wastewater is an unequivocally accepted solution to deal with the water scarcity problem. According to the United Nations, “Recycling the world’s wastewater, almost all of which goes untreated, would ease global water shortages while protecting the environment.”

Conservation of rainwater can be highly instrumental in battling the adverse effects of climate change and resolving the water scarcity problem. This is a simple technique which involves storage and gathering of rainwater for future use. Rainwater harvesting does not necessarily demand any high end industrial set up. Rather, with much ease, it can be performed by everyone deploying the simple household facilities in an open balcony, or rooftop.

Installation of adequate equipment and meticulous supervision of their functionalities at every single step of water distribution system can visibly aid in resolving water scarcity. The equipments include pipes, pumps, valves, storage tanks, reservoirs, meters, fittings, and other hydraulic machineries required to connect the water treatment plants to the source of water supply.

Amidst all the distressing facts and statistics, we still have some room for hope and positivity. On this World Water Day, let’s pledge to adopt the sustainable measures for the best interest of our planet and take part in the transformation of our world into a better place for the upcoming generations.

A Few Berries A Day Keeps The Doctor Away