Home Story With The Prime Minister’s Poshan Abhiyaan, As Nutrition Turned Into A Headline Issue, Outlook Picked Up The Scent Of The Story, Says Indranil Roy, Chief Executive Officer Of The Outlook Group 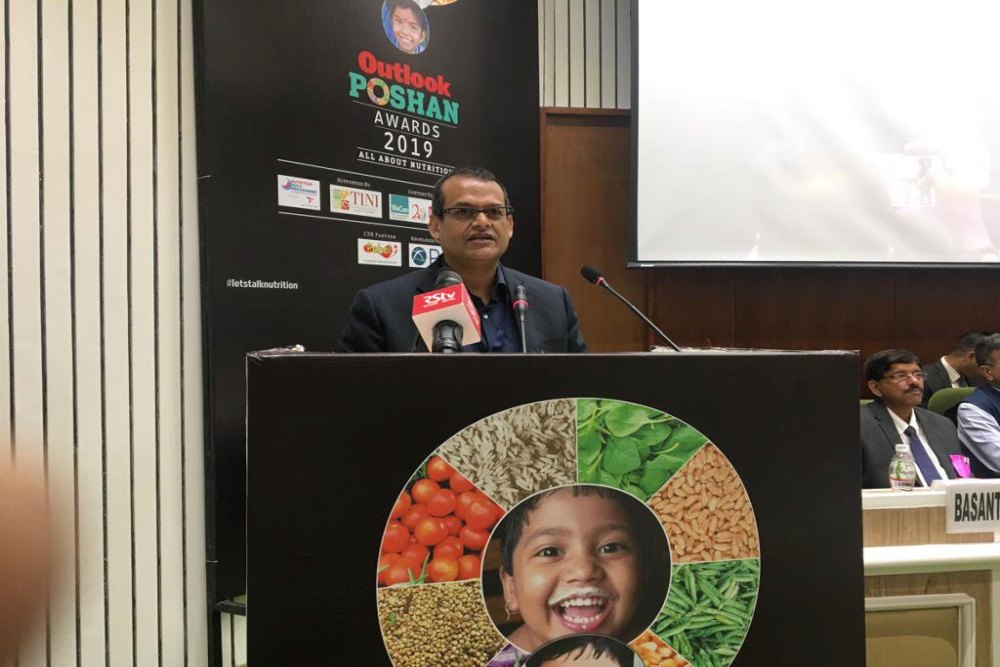 With The Prime Minister’s Poshan Abhiyaan, As Nutrition Turned Into A Headline Issue, Outlook Picked Up The Scent Of The Story, Says Indranil Roy, Chief Executive Officer Of The Outlook Group

It’s not often that a mainstream media group looks beyond what is healthy to its readers: a low-carb or a low-fat diet? does red meat cause cancer? will a glass of red wine a day keep the doctor away?

The fact that we dare to provoke a conversation on 200 million Indians, one-third of the world’s undernourished, who go to sleep hungry every day—and do not read our magazines—makes Outlook Poshan even more special for our Group. We are grateful to the millions of readers who have supported us through the years. And we hope they will join us in this journey, too.

India is at a tipping point. We inherited poverty, hunger and famines as a legacy of the British Raj. For successive decades after that, we came up with over 21 plans, programmes and policies to eradicate hunger, anaemia, malnutrition, diseases and deaths. Seventy-three years later, we have gone through great transformation in every field. We have risen to become a global powerhouse, a software giant, one of the world’s best-performing economies, a top military spender, a geopolitical sweet spot and one of the six countries daring to conquer the moon. Yet, millions of our children are too thin, too short, too weak and too hungry to think beyond a fistful of rice.

The drumbeats of shame started from 2007, when international bodies started bringing out reports that showed that we are beset with some very fundamental problems: of the world’s 820 million hungry people 24 per cent live in India, as do three out of every 10 stunted children in the world, and that the world’s largest number of underweight children under-five reside here.

The cost of malnutrition is high. India faces an annual GDP loss of 11 per cent.

The tipping point is now, the moment of critical mass, the threshold, as Prime Minister Narendra Modi expresses unprecedented political commitment in the fight against malnutrition. With his multi-sectoral, synergistic, people’s movement, the Poshan Abhiyan, “nutrition” is turning into a headline issue.

It’s natural that a news media like the Outlook Group would pick up the scent of the story. The changes on the ground, the premise, promise and the potential are what we are concerned about. With an amazing array of speakers from across the country and the world, the best of nutrition gurus on our panel, Outlook has taken up the responsibility of lending its heft to the fight—to make India malnutrition-free.

Be with us, as we do what we do best: our journalism.