Home Story Why Organic Is Much In Demand These Days; A Positive Change To Think About 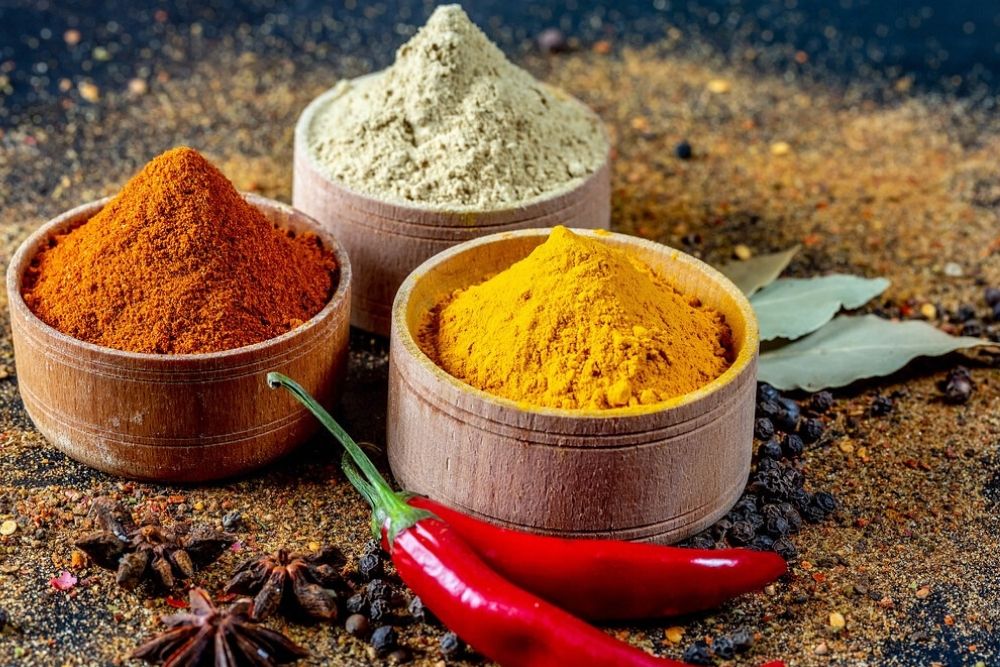 Why Organic Is Much In Demand These Days; A Positive Change To Think About

Undaunted by multiple challenges, women entrepreneurs strive to get a foothold and make a success of their organic farming and production enterprises. Many are banking on government help for better impact.

Rising awareness and health concerns is seeing people increasingly seek out organic foods, given the rising use of chemical fertilizers and pesticides and their link to many diseases including cancer and cardiovascular-related problems.

Cashing in on the rising trend, several women entrepreneurs from across the country are coming forward with their own organic products that address taste, nutrition and hygiene concerns of consumers.

Several women, who were among 180 entrepreneurs participating at the Organic Food Festival organized recently in the capital, shared with Outlook Poshan tales of their struggles to get a foothold in the male-dominated arena and chart their success by offering healthy options to consumers. Given the investment and efforts required to really take off, many are looking to the government for a helping hand.

Shruti Goyal, an organic farmer from Punjab, says that to boost the demand for organic food she has started a cooking centre. “We have been working in this sector for several years. As we started gaining expertise in organic farming, people started to look up to us,” she told Outlook Poshan. While the cooking centre is helping to improve the marketing prospects of her products, Shruti is among those seeking further government guidance and incentives to women entrepreneurs. 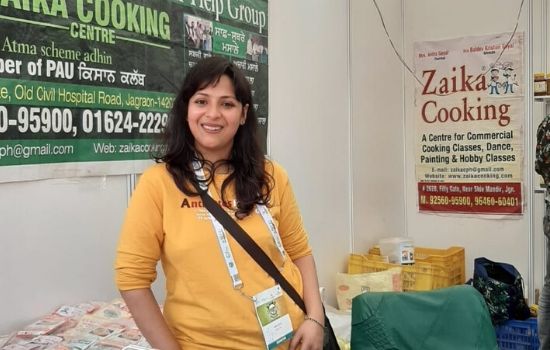 Talking about her enterprise ‘Zaika’, she revealed how getting a loan to start the venture had been very tough. “Women entrepreneurs like me require proper guidance from the government to boost their business,” she states.

Sarika Mishra, co-founder of 'Urvika', an organic food product company based in Gurgaon, narrates how her brand promotes use of essential organic oils for better health as compared to the refined oils that have become the common medium of cooking.

“Unlike refined oils which are filtered and have some chemicals added to them, the organic oils that we prepare do not go through much of the processes,” Sarika tells Outlook Poshan. 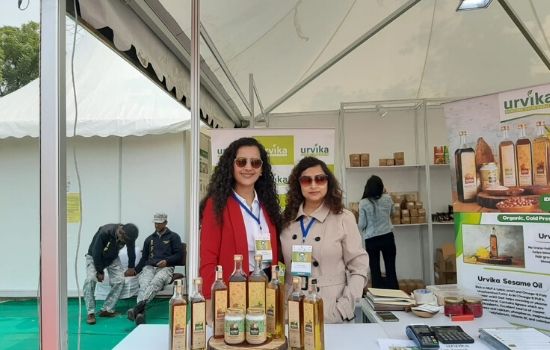 Challenges To Organic Farming In India

Over-utilisation of chemicals and pesticides has led to a decline in the quality of the soil in many parts of India. One of the challenges to boost productivity and promote organic farming is reconditioning the soil back to a healthy state.

Another challenge facing organic farming is getting seeds from crops that have not been contaminated due to the overuse of chemical fertilisers and pesticides.

“Excessive utilization of these chemicals has led to depletion in the quality of the seeds. Therefore, it will take three to four more years for the seeds to be drained of those pesticides,” says Dr Manjeet Aggarwal of National Institute of Food Technology Entrepreneurship and Management.

Likewise, the quality of water that goes into the growing of the crops is severely contaminated by industrial wastes.

Aggarwal further says that as more and more farmers in many parts of India are switching over to organic farming, it is important to understand that only pure and hygienic elements must be utilized.

Small landholdings of a majority of farmers is also one of the challenges holding back the growth of organic farming in India. “Most farmers in India have access to just one acre of land for producing crops, which is not sufficient,” says Chandra Shekhar Jadhav, Co-founder of Inner Being Wellness Pvt Ltd., an Hyderabad-based health and food nutrition company.

He adds that there are several companies who wish to get into corporate farming, which holds potential to improve farmers accessibility larger land parcels to grow their crops. But on the flip side, many such companies look for ‘viability’ and ‘sustainability’, which could work against the interests of farmers.

While there are severe efforts being made to promote organic farming all across the country, there has also been a rise in the awareness of its importance, keeping in view the deterioration in health, and nutrition of the children, women, elderly, and the population in general. The government of India is strongly focusing on increasing the use of bio-pesticides, such as neem pesticides in India.

Dr Aggarwal stresses that besides organic farming, it is important to use only organic products for preparing organic foods to get full benefits. Here it is important that packaging and labeling of the food substances are done properly. In addition, usage of biodegradable, and recyclable materials for packaging is important as it will have less chances of contaminating foods, as compared to the plastics that were used earlier.

“Today as we are going back to the organic cultivation, these are the certain amount of precautions that one needs to observe,” she said.

Pests can be easily avoided by maintaining cleanliness. Food experts and nutritionists warn that usage of pesticides containing carcinogenic substances should never be sprayed on the crops as they can do untold damage to people’s health.

Several nutritionists suggest that even while utilizing micro-organisms and enzymes, commonly used in food processing, care should be taken to ensure that no genetically engineered micro-organisms or their products are used in the preparation. Exposing crops to a high amount of radiation, also known as ‘Irradiation’ is also not favoured as it is contrary to the ethos of organic farming.

It is indeed a welcoming step for the people to switch over to a healthier lifestyle by giving up on the commercial foods and switch over to ‘wellness’ foods. India is not far away from being ‘nutritious India.’

Three Simple Immunity Boosting Ingredients To Add To Your Diet

World Protein Day: Indians Get Only 70 Per Cent Of Their Daily Need