Home Story Why Is The Humble Khichdi Offered To A Goddess Who Represents The Ultimate Energy Of The Cosmos? 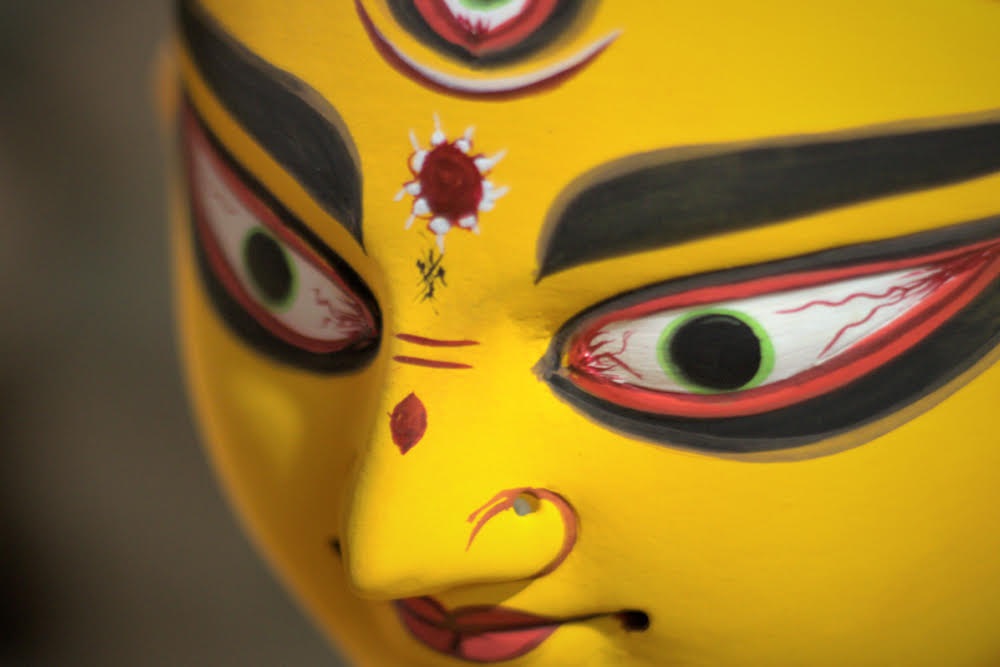 Why Is The Humble Khichdi Offered To A Goddess Who Represents The Ultimate Energy Of The Cosmos?

Once a year, every year, Maa Durga comes down from her heavenly abode to visit her parents. She comes fully armed, atop her lion, and along with her four famous children. The expectation, the hope, the pomp and preparations reach a feverish pitch for four days, until it is time for her to go back.

In this coming together of religion, myth, legend and folklore into the everyday life of everyday people, one question remains unanswered: why is a humble broth of rice and lentils, or khichdi (khichuri), offered to a goddess who represents the ultimate energy of the cosmos?

The clue lies in time. According to Markandeya Purana, spring was the time to worship Durga. Durga puja was, not surprisingly, also called Basanti puja. That was changed to autumn when the goddess was first worshipped on a grand scale by Bengal zamindars of the late 16th century. They probably understood that the Devi could become a goddess of the masses if only worshipped at the right time.

In eastern India, autumn is the season of blue skies, golden harvests, happy hearts and prosperity. On the agrarian calendar, it is also the time for “nabanna utsab” or thanksgiving for “new rice,” until the commencement of winter. The one-pot dish of khichdi, as the prasad of the goddess, symbolises veneration for the first fruits of agrarian labour—the newly harvested rice and grain. Khichdi appears again in Makar Sankranti, another harvest festival. 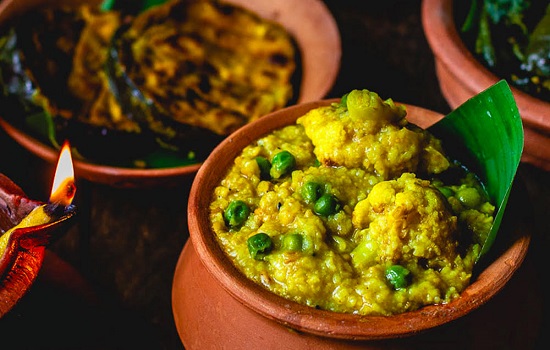 Khichdi as Maa Durga’s bhog could have yet another meaning: as protection against diseases. Spring was for long the season of deadly pox epidemics in east India. For instance, a massive epidemic of smallpox in Bengal killed 63,000 people in 1770. Similarly, autumn was marked by cholera outbreaks.

A light digestible food like khichdi has always been at the heart of traditional nutritional healing: for fast recovery during illnesses, for balancing all the three “dosha” (vatta, pitta, kapha) of Ayurveda and for providing protection against infections and diseases. According to Charaka Samhita, khichdi is both cooling and drying, it rests the digestive system, prevents ulcers and acidity, improves the liver. No wonder, it has been called a detox food, that cleanses the body. Khichdi lights up the digestive energy (agni), allowing the body to assimilate food while getting rid of the b toxins (ama).

This much-familiar wholesome food has a long history in India. It can be traced back to the Indus Valley Civilisation. Draupadi of Mahabharata is said to have served it to the Pandavas during their exile. Ibn Batuta, the scholar who visited in the 14th century, wrote how Indians ate mung boiled with rice. Mughal rulers favoured the khichdi. It was also the staple food for poor people.

The dictionary definition of comfort food is something that provides a “nostalgic or sentimental value” and may be characterised by its high caloric nature, high carbohydrate level, or simple preparation. In India, khichdi is the first solid food that infants eat. And unlike western comfort foods, it is nourishing, a perfect blend of carbohydrates and protein, macro and micronutrients.

If her parental home is the place where Maa Durga comes to refuel herself every year, no wonder she chooses restoration in a simple dish of khichdi.