Home Story Why Health Policymakers Need To Wake Up To New Conversations On The Interplay Of Biology, Beliefs And Behaviours. Book Sheds New Light On India 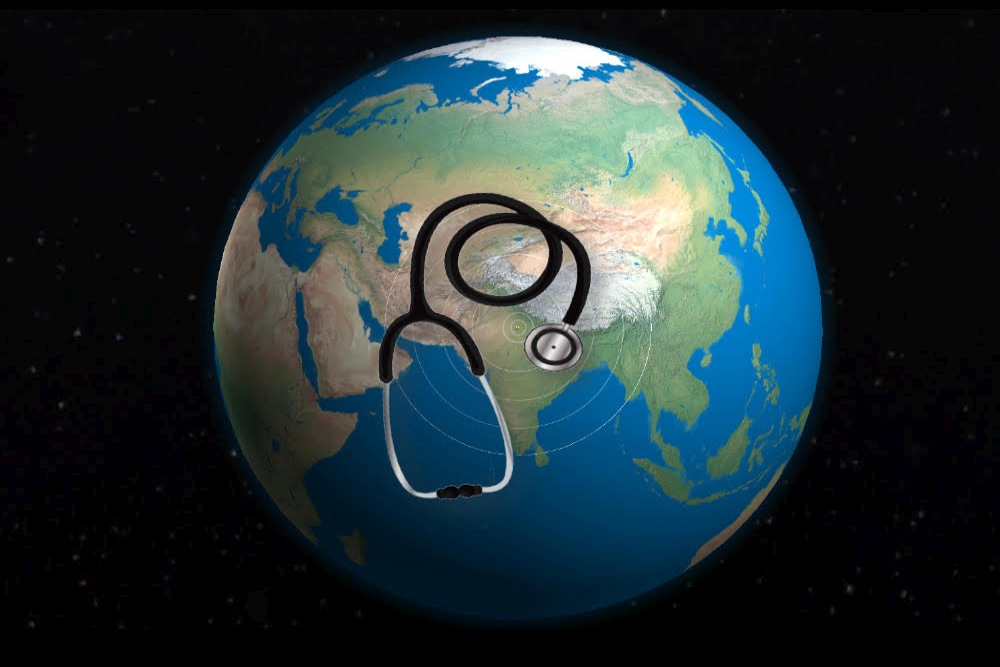 Why Health Policymakers Need To Wake Up To New Conversations On The Interplay Of Biology, Beliefs And Behaviours. Book Sheds New Light On India

Health is often viewed as an individual attribute, to be enjoyed, tended to and mended at a personal level. The perspective imposes the responsibility the responsibility of ill health on the individual and also heaps the physical, financial and emotional burdens of obtaining healthcare on that person. The role of a society’s economic, social and political systems in shaping the health of the population and impacting an individual’s health is unsighted in such a blinkered view.

Scientific knowledge does not provide insights into the interplay of biology, beliefs and behaviours that operate at an individual level to determine the balance between health and illness at any stage of life. Indeed, the explosion of such scientific information is fascinating—whether it is the role of genetic influences, the huge microbial population that cohabits our bodies and influences our health, the effects of the living habits and physical environment that modify gene expression…or how our diet, activity and sleep patterns influence our hormones and the nervous system.

However, these personal attributes, too, are significantly impacted by the factors that operate at the family and community levels. They include perceptions of health that are culturally determined or shaped by media and marketing. Priorities at the household level may steer the finite financial resources towards the purchase of healthy foods or squandering a large part on tobacco and alcohol. Gender bias in feeding or seeking healthcare is another obvious manifestation on prejudiced priorities at the household level. Sacrificing a green space available for recreation and physical activity for a commercial centre or ignoring the dangers of pollution from uncontrolled vehicular density and coal-based power plants represent skewed priorities at the community level.

Further upstream are the determinants that act at the national and global levels. They involve of economic development and the rate at which the economy is growing. Of greater importance is how the fruits that development distributed across different sections of the society, since inequality militates against a healthy society.

Such inequality manifests in many forms of active or passive religion, caste and social status, but inevitably leads to poor health outcomes and whatever the form. At the global level, transnational trades and transport such as vectors of disease-causing agents such as tobacco, and unhealthy foods and beverages, apart from pathogenic microbes. Trade also influences access to medicine, health technologies and availability of nutritious foods. The upstream determinants of health (economic, commercial and social) are increasingly influencing the health of populations and individuals (World Health Organisation, 2008). While health policy, scripted by ministries of health, is usually confined to the services that ministry is mandated to deliver, it has to necessarily take into account the bigger canvas of the varied influences that shape health through the cascade of multiple determinants.

It is the level of that health policy documents often tend to falter, with incomplete listing or superficial descriptions of intended approaches to influence them. The social determinants of health and nutrition that operate at the wider societal level include water, sanitation, the food system, physical environment, social stability and economic development. Those that operate at the individual level, although shaped by social forces, include income, education, occupation , social status, gender and participation in social networks.

Economic development and personal incomes exemplify the profound impact social determinants have on health. The economic of a country has a bi-diectional relationship with the health of that population, with a prospering economy improving the health indicators and better health of the people, accelerating economic growth through increased productivity. Poverty has a bi-directional relationship with ill health al the personal level, with the poor more likely to become sick and less likely to access or afford healthcare, while ill health pushes persons into poverty because of lost wages and high cost of healthcare.

Similarly, inequality in social determinants like education, nutrition, access to safe water, sanitation and clean energy affects the health of individuals even if health services are freely available to them. An undernourished child of uneducated parents from a poor family cannot grow as healthy as a child who is the well-nourished offspring of affluent and literate parents. Tragically, this effect can linger across several generations. If a pregnant women is malnourished , not only will the female foetus in her womb be undernourished, but the ova of that baby, too, will experience epigenetic changes in gene expression that will manifest when that baby grows up to bear children. Both the child yet to be born and the child yet to be conceived become the victims on an intergenerational transmission of the effects of inequity (Reddy 2016).

The mere promise of universal health coverage and assured equality in access to health services will not correct these health services will not correct these health effects of inequality in a society. Even if healthcare services provide inequalities imposed on a person by adverse social determinants an early twentieth-century British economist, R. H Tawney, which is needed is ‘an equal start, not just an open road’. In his book Equality (1924), which antedates Thomas Piketty’s much acclaimed book Capital in the Twenty-First Century, by nearly a century, he presents a trenchant critique of inequality dismisses the sop offered to the poor that they can avail of equal opportunities to rise in society: “With massive inequalities, where many are denied an adequate education, unable to access effective health care and housed in slums, equality of opportunity is nothing more than a cruel jest—the impertinent courtesy of an invitation offered to unwelcome gusts, in the certainty that circumstances will prevent them from accepting it (Tawney 1931).”

Equity is often viewed as ‘horizontal equity,’ which provides equal access to all for whatever series are on offer. If the carry-over effects of inequality are to be reduced , we also need to supplement it with ‘vertical equity’, where some additional services are preferentially provided provided to the disadvantaged and vulnerable sections to bridge the equity gaps in health and other social indicators. Both forms on equity require social solidarity, the former to do what is right and the latter to redress the wrong. Even in the context of Universal Health Coverage, where equal access is provided to all sections of society to a defined of sections (such as the very young, elderly and disabled) would need specially targeted efforts to overcome disadvantages in access and affordability (vertical equity).

To minimise health inequalities in the first place, and to bridge health equity gaps when they do exist, the social determinants of health need to be addressed effectively in any efforts to build a healthy society. These determinants, and the way the health system is configured and managed to serve the needs of all of the society. Those who shape or interpret health policy should be cognisant of that, even if the policy is limited to specific domain of the health sector. Even as health ministries configure national health policies mainly to improve health services, they must retain the ambition to study and influence the varied determinants of health that lie outside their conversational remit. National health policy must project that holistic vision.

K. Srinath Reddy is President, Public Health Foundation of India, Gurugram, Haryana. Professor Reddy has MBBS and MD in medicine, DM in cardiology, and MSc in Epidemiology. He has also been conferred the degrees of Honoris Causa, Doctor of Sciences, Doctor of Medicine and Doctor of Literature.

The excerpt is from K. Srinath Reddy’s “Make Health in India: Reaching A Billion Plus,” Chapter “What Makes A Healthy Society,” published by Orient BlackSwan, 2019. It is part of the Policy Studies Series, edited by C. Rammanohar Reddy, Praveen Jha and Neera Chandhoke.