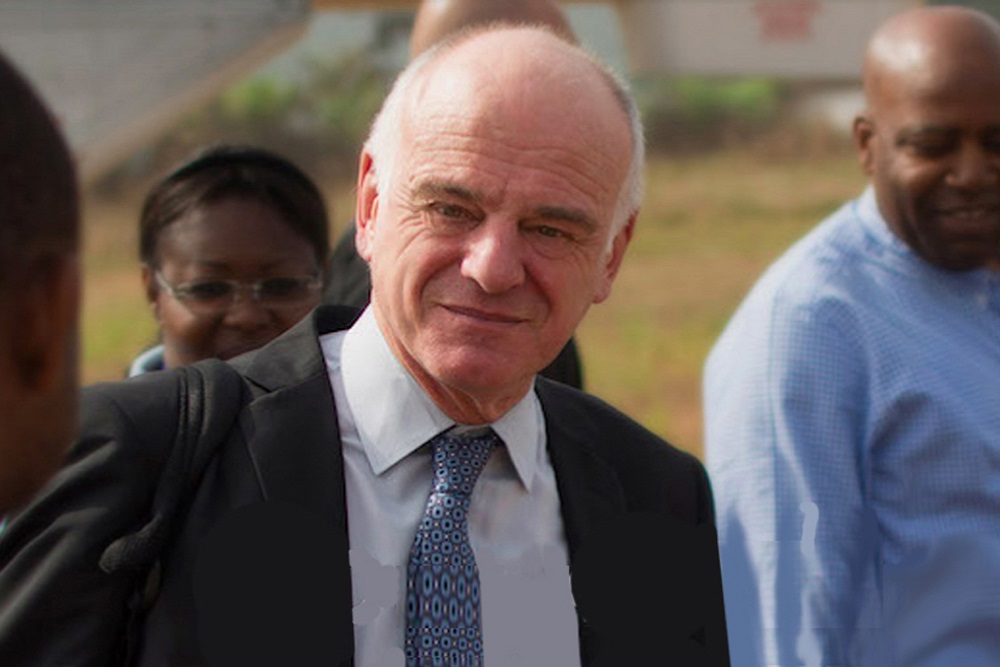 Dr David Nabarro, Professor of Global Health at the Imperial College London, has been a leader in international public health for well over 40 years. Much of this time, the United Nations has entrusted him to lead collective action on some of the most pressing and complex challenges of our time—the avian and pandemic influenza, food security, malnutrition, Ebola and for promoting the 2030 Agenda for Sustainable Development. A member of Scaling-up Nutrition (SUN), he is also the winner of one of the world’s most coveted awards: The World Food Prize in 2018. In a candid interview, India’s very own nutrition champion, Basanta Kumar Kar, recipient of the just-announced Global Nutrition Award, 2019, caught up with Dr Nabarro, who happened to win the first award in 2012, at Kathmandu, Nepal. This is the second part of the interview. Please watch the videos below for a full flavour of the interview.

Basanta Kumar Kar: You have worked extensively on climate change. So how do you link sustainable planet and nutrition and what is its contribution? Can you please briefly explain about it?
David Nabarro: Well, this is one of the very important areas, where there is a two-way link between issues. If we eat inappropriate food in large amounts, we actually contribute to the damage of our planet. What has been shown through a lot of recent studies is that, a diet containing foods that are not necessarily good for health could also be damaging for the well-being of our planet. In fact, some people are going beyond this and saying that some of the food production practices that are being put to use today actually contribute to climate change. They release greenhouse gases, and this is how they are contributing to rise in temperature, around two degrees higher than the average.

So what we eat is relevant for the climate. It is not the biggest contributor, but as much as one-third of greenhouse gas emissions causing climate change can be associated with food production, or changes in land use. At the same time, climate change often leads to irregular weather, damage to agriculture production systems, damage to peoples’ livelihoods. And that in turn increases the risk of poor nutrition. We see that in communities that are affected by drought, or are affected by adverse weather. This is why I said it’s a two-way process. On one hand, what we eat can have a major impact on climate. And at the same time, climate can have a major impact on the availability of the food. That is why the nutrition-climate change link is so important.

BKK: The Prime Minister of India has launched Poshan Abhiyaan, or National Nutrition Mission, a target-driven mission that is being hailed as a watershed movement in the history of nutrition in India. How do you think this mission will work and what do you have to say about this?

DN: I watched some states in India, who did amazing work in the field of nutrition. One is Karnataka. And I also noticed that one of the ways they were able to get emphasis on nutrition was by creating state-level missions. I learnt that the mission was a very powerful instrument used by the government to create conditions for extra efforts to be made by government departments working with stakeholders. This would help them deal with difficult issues in much more effective ways.

About 30 per cent of the poorly undernourished children in the world actually live in this country. Because India is a huge country with enormous population. It is kind of inevitable that a lot of malnourished children of the world would be from India. But I must say one thing, India is a very strong country. It is a country that is emerging as a G20 member. India has, in fact, become a powerhouse of so many things. Has a track record of doing so many great things. It is not right for malnourishment to still prevail here. I am very pleased to see that there is so much attention being given to the field of nutrition in India, and also efforts are being made to reduce under-nutrition as well as over-nutrition at this time. Congratulations to you all.

I am particularly impressed with the honourable Prime Minister and his leadership that has led to advancement in several public sectors. I am very pleased you are taking on initiatives beyond public health and that you are looking into the welfare of the people in this country.