Home Story Why Are Nobel Laureates Raising A Toast To This Man? 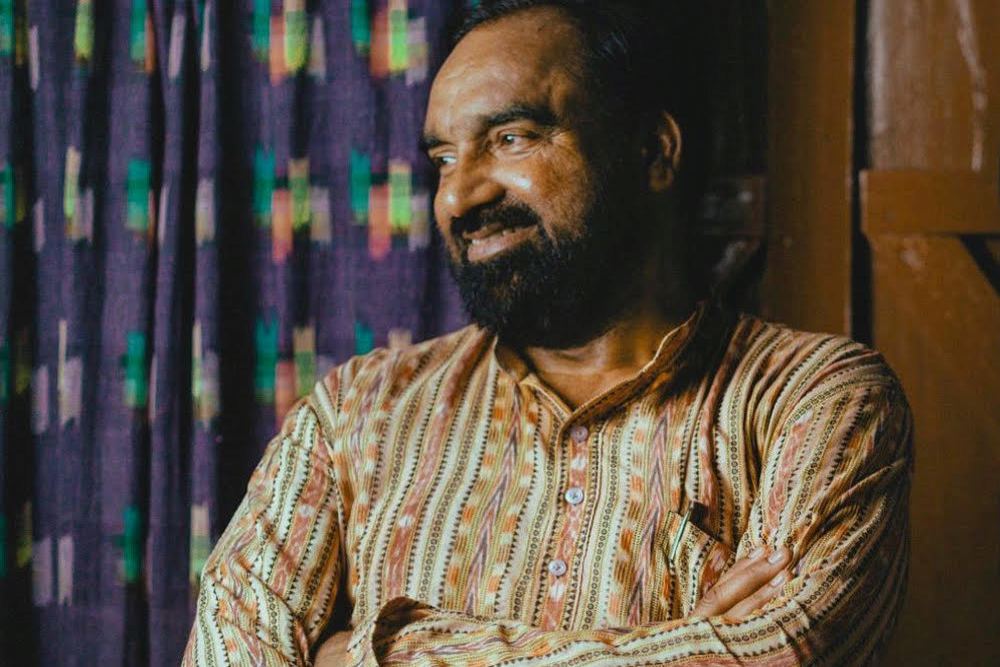 Why Are Nobel Laureates Raising A Toast To This Man?

Joe Madiath, Gram Vikas And The Story Of 600,000 People In Odisha

If the key criterion of a Nobel Prize is benefitting the humankind with its richness of consequences, then the story of an Indian needs to be told now. For, Joe Madiath is linked to two Nobel Prizes this year—in economics and in chemistry—as a telling litmus test of their impact.

Who is Joe Madiath? In the words of Abhijit V Banerjee and Esther Duflo, two of the 2019 Nobel laureates in Economics, he is “a man with a self-deprecating sense of humor who attends the annual meeting of the world’s rich and powerful at the World Economic Forum in Davos, Switzerland, in outfits made from homespun cotton.” Madiath is simply a man who does things differently.

In their study of the economics of poverty, if Banerjee and Duflo spent years to understand the lives of the poor on the ground—in the back alleys and villages, asking questions, looking for data, working with activists, bureaucrats, health workers and microlenders—people like Madiath helped them to knit together a coherent story of how poor people live their lives.

Madiath is a social entrepreneur, the founder of Gram Vikas, a rural development organisation based in Odisha’s Mohuda. In the last 40 years, under his leadership, Gram Vikas has made sustainable improvements in the quality of life of more than 600,000 people in 1700 villages. One of their most well-known efforts has been on WASH (Water, Sanitation and Hygiene).

Rebel with a cause

Born on December 3, 1950, at Kerala’s Cheruvally, Madiath was just 12 when he organised labourers in his father’s rubber plantation. In 1971, In his 20s, along with 400 student volunteers he set up relief camps for the refugees that came to India during the independence of Bangladesh. That very year, he went to work in a cyclone-hit Odisha, along with 40 volunteers, and decided to stay on: to see if he could find some more permanent ways to help the poor villagers.

Eventually, he focused on water and sanitation as the entry point in the village development work, partnering with village communities to regenerate thousands of hectares of “wasteland,”eliminating open defecation, significantly reducing waterborne disease incidences, building disaster-proof houses, enabling thousands of women to lead village institutions, educate hundreds of girls, and more. By 2018, Gram Vikas has reached 83,000 households with water and sanitation services.

In an interview to Outlook journalist Sanjeev Mukherjee in 2007 (“Transforming disease-ridden hamlets into sparkling model villages”), Madiath said, “A toilet is not simply a safeguard against infection—it is a platform for dignity and social inclusion.” In the villages where Gram Vikas operated, water connected to the same system was piped to each house. That meant, water-sharing across caste lines, unacceptable to many when first proposed. But Madiath’s condition was that every single household had to agree participate, as well as contribute their labour and resources, before a project started.

“Almost overnight, and for years into the future, the number of severe diarrhoea cases falls by one-half, and the number of malaria cases falls by one-third. The monthly cost of the system for each household, including maintenance, is 190 rupees, or $4 per household (in current USD), only 20 percent of what is conventionally assumed to be the cost of such a system,” write Banerjee and Duflo in “Poor Economics: a radical rethinking of the way to fight global poverty” (2011). Gram Vikas also collects data on malaria or diarrhoea every month in each village.

Gradually, Gram Vikas has extended its work in other areas such as infrastructure, housing and now energy conservation. And that brings us to its second link with the Nobel Prize in chemistry this year, won by John B. Goodenough (The University of Texas at Austin, USA), M. Stanley Whittingham (Binghamton University, State University of New York, USA) and Akira Yoshino (Asahi Kasei Corporation, Tokyo, Japan and Meijo University, Nagoya, Japan) for developing the Lithium-ion battery.

It is this technology that Madiath is using to implement a massive electrification programme in nine locations throughout the Kalahandi district of Odisha. His team is currently hard at work in the Maligaon village, where a solar micro-grid was set up in 2009, but stopped working within a few years.

Harvard student Eshaan Patheria, who joined Gram Vikas as an SBI Youth for India Fellow in 2018, is now spearheading the micro-grid renewal project in Maligaon, in partnership with the local community. The modern technology now being used are based on longer-lasting lithium ferrophosphate (LFP) batteries, along with solar panels and smart meters to collect real-time data on energy consumption at the household level.

Madiath, who has been in touch with the scientists who won this year’s Nobel in Chemistry, is on his way to yet another historical first in the country: preserving electricity in a solar grid with lithium-ion batteries.