Home Story What Does India Weigh On The Malnutrition Scale? 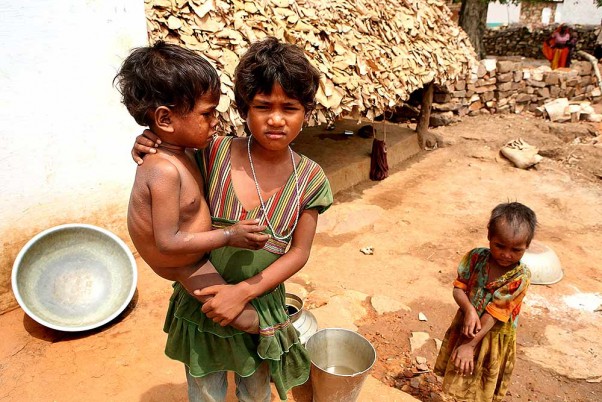 What Does India Weigh On The Malnutrition Scale?

Poshan Abhiyaan targets to reduce stunting, anaemia, underweight and low birth weight in children. The potential challenge is how to bring social and behavioural change towards malnutrition at community level amidst the pandemic

It is alarming that every second child in India suffers from some kind of nutritional failure in India. Over the years, government data has concluded how many people, especially women and children, do not get three square meals. The potential disruptions caused by the policy response of lockdown to arrest the spread of COVID-19 may make the varied forms of malnutrition a lasting reality.

However, the launch of government of India’s flagship programme ‘POSHAN Abhiyaan’, seems to have made some headway with an ambitious target of achieving a malnutrition-free India by 2022. It also aims to reduce stunting in children aged between 0 and 5 years from 38.4 per cent to 25 per cent during the same period, along with reducing the level of underweight, anaemia, and low birth weight in children. The key strategy is the inter-sectoral convergence or the programme.

Also Read| “The Root Causes Of Malnutrition Can Be Summed Up In Four Words: Orphan, Invisible, Unmeasured And Voiceless”—Shawn K. Baker

The copious fund allocation of POSHAN Abhiyan and its increase in the past three years have shown the government’s sincerity to take the mission to its intended conclusion. From Rs. 950 crore in 2017-18, the POSHAN Abhiyan’s current allocation has reached a sum of Rs. 3400 crore for FY2019-20. However, the potential challenge is to bring social and behavioural change towards malnutrition at community level. Ensuring equitable nutrition to build a healthier nation will require:

Eating ample local and seasonal food: This comprises a part of the trend known as ‘sustainable eating’ and has been proven to be an economical solution to food crises globally. This is time-saving for cost transportation and promotes use of reduced preservatives. Such food items are also suitable to fulfil the nutritional needs of the people in a way that is commensurate with the local environment. The concept of introducing kitchen gardens in schools to fulfil some part of the requirements under the mid-day meal is an innovative step. In the coming days, introducing more steps, such as promotion of local nutritious millets and crop diversification to promote traditional millets will be the right steps to complement the on-going effort. Recent studies have observed that investing $1 in nutrition-related interventions will have economic gains of about $19 to $22

Addressing intrinsic social and cultural biases: In his paper ‘POSHAN Abhiyaan: Making Nutrition a Jan Andolan’, NITI Aayog member Dr Vinod K Paul and co-authors observe that despite the Prohibition of Child Marriage Act, 2006 and mandating the legal age of marriage at 18 for girls, 30 per cent girls are married before that and 8 per cent of them are already pregnant by the time they are 15-19 years. Facing intra-household deprivations due to their sex and abject poverty, these young girls often forego necessary nutrition, care, and rest during their pregnancy period, delivering low birth weight babies. For these babies, the cycle of malnutrition has already begun, they noted. This long-standing social bias deepens with socio-economic nuances – for example, in tribal households, the overall amount of food is anyway low and the men, by tradition, get the larger share of it, considering the physical labour he must undertake. A male child may get less to eat than his father, but is likely to get more than his mother, grandmother, or sister. There is a need to free nutrition from the perceived requirement of the receiver. Disseminating a scientifically validated diet chart according to age and sex to the panchayat level can help in spreading awareness and help households modify their biased practices.

Interdicting clear and visible measures for better accountability: Owing to the possible institutional leakages, government initiatives should be monitored by some metric for maintaining accountability. For this, enhanced information and process system is crucial and are often considered a means to embezzle public money. Monitoring, surveillance, and evaluation remain critical to all government initiatives and not limited only to win people’s trust but also for better outcomes as well. Understanding ground-level realities will not only enhance policy makers knowledge, it may help in building a positive perspective among beneficiaries’ perspective about public interventions. Public consultations, surveys among beneficiaries, and social audits are some of the most effective ways.

Building a case against ‘hidden hunger’: Only a few realise that malnutrition is not exclusively a rural phenomenon. Many people, especially children in the urban cities also suffer from malnutrition, although of a different kind. Since a good part of their diet is filled with refined and finished items, not to mention the large amounts of salt, sugar, and trans-fat in them, they lack micronutrients such as iron and zinc. Traditional crops and millets, marked as nutri-cereals that should be part of the required diet is becoming a favourite for the educated and wealthier sections of the society at a faster pace. However, as companies producing fast-moving consumer goods (FMCG) look up to the rural market for reviving from the effect of the pandemic, it is important to ensure that rural consumers do not acquire the habits of cities – the onus is on the government to ensure the learnings from the cities reach the villages before it is late.

(The author is an Health Economist and Associate Professor at IIHMR University, Jaipur)