Home Story When They Don't Know What They Are Entitled To 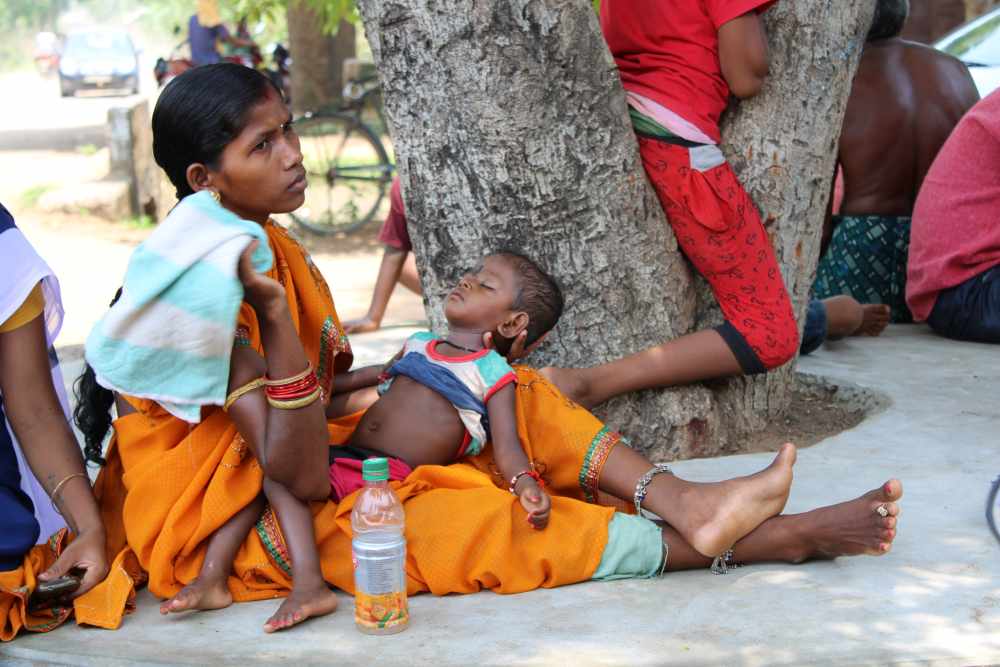 When They Don't Know What They Are Entitled To

Too poor, too remote, too insignificant, too far down the caste line. A thousand reasons can be cited to keep some people away from the benefits of development efforts. As information continues to elude those who need it the most, even the best laid schemes for a malnutrition-free India remain out of reach. A case-study from an obscure Odisha village.

It was quite an adventure to get to Betara, an obscure village in the Angul district of Odisha. The only vehicle that could traverse the hilly terrain, with kutcha potholed roads meandering through dense overgrown vegetation, were bikes. We braved the back-breaking journey. Our goal was to understand how the Integrated Child Development Services (ICDS), India’s flagship programme for early childhood care, worked in hard-to-reach geographies. And the significance of nutrition among marginalised communities. Betara was almost entirely populated by those belonging to the scheduled castes.

We were greeted by young children, women, men and village elders and spent time discussing the difficulties they faced in accessing food and other anganwadi services. We discovered that although there was a school, but no anganwadi centre (AWC) in the vicinity, the nearest one being in Pathagarh, about eight kilometres away. What struck us was that every single member of the village was aware of all the services an AWC was supposed to deliver, despite their limited access. While we thought it was laudable that women travelled the long distance to receive their Take Home Ration (THR), they considered this to be a mundane part of their lives. Given their high dependence on ICDS and MAMATA (the Odisha government benefit scheme for pregnant women and lactating mothers), facing these obstacles to access benefits was non-negotiable. This situation is not unique to Betara. We came across such stories of hardships across most villages we visited.

We found that the overall awareness on the ICDS is relatively good, but people’s understanding of the details of the schemes is restricted. In our sample of around 300 respondents (pregnant and lactating women and mothers of children, six-month- to six-year-olds), we tested the knowledge of beneficiaries around two schemes, the Supplementary Nutrition Programme (SNP) and the MAMATA scheme (conditional cash transfer). It was heartening to see that all respondents were aware about the two schemes, but 90 per cent were not aware of the details. With regard to SNP, they were not aware of the items included as THR and their quantity. For instance, they were not aware that they were entitled to 12 eggs a month and a child under age three was also entitled to the same. Further there was no knowledge on the date when the THR would be distributed at the AWC. For MAMATA, almost none of the women interviewed had any knowledge of the conditionality to be fulfilled, for availing the scheme benefits or when they would be eligible for the two instalments of Rs 5,000.

The lack of knowledge about scheme details—nutrition services, antenatal care, immunisation and more—do not lead to any change in the behaviour or practices of the beneficiaries. The communities have no way of ensuring their complete entitlements and fail to hold the system accountable in case of any discrepancies. And the details matter: for many marginalised communities this is a matter of receiving their only source of right nutrition for the mother and child.

In our experience, in more than half the villages, the THR distribution did not happen on or before fifth day of the month, as is mandated in the scheme guidelines. None of the community members took this up with the anganwadi workers or their ward member, as they were unaware that THR is supposed to be distributed on a certain day. For a mother from a village like Betara, the likelihood of missing her THR for that month is very high.

TOO FAR, TOO REMOTE

A host of factors operate simultaneously, restricting community access in villages or hamlets to requisite scheme information. One important factor in this regard remains the distance of the hamlet from main AWC, which can be considerable (such as in case of Batera) making it difficult for the anganwadi workers and helpers (AWW, AWH) to visit the hamlets for sharing scheme information. The distance and difficult terrain, such as streams, hills or forests, is a major concern in areas inhabited by tribal groups, especially the Particularly Vulnerable Tribal Groups (PVTG)s. At times, one AWC has to cater to as many as eight hamlets, making it difficult for the ICDS worker to visit all. Similarly, the community members are unable to visit the main AWC regularly. Strong caste dynamics on ground makes the AWW-AWH (often belonging to higher castes) reluctant to visit areas that are predominantly inhabited by the Scheduled Castes (SCs) and Scheduled Tribes (STs).

An important insight from this experience is that most often, social behavioural change communication efforts are focused on building general awareness on the government schemes or encouraging a specific positive behaviour change. There is very little attention paid to inform the beneficiaries about the finer scheme details, which is important for ensuring that people get their due entitlements and appreciate the schemes’ contribution to their well-being. Our interventions should provide communities detailed information about the Government’s schemes for nutrition. The details of the schemes are information and this is power that leads to empowerment.

Saumya Shrivastava and Neha Saigal work with IPE Global on nutrition in Odisha.