Home Story What Is Malnutrition? A Primer 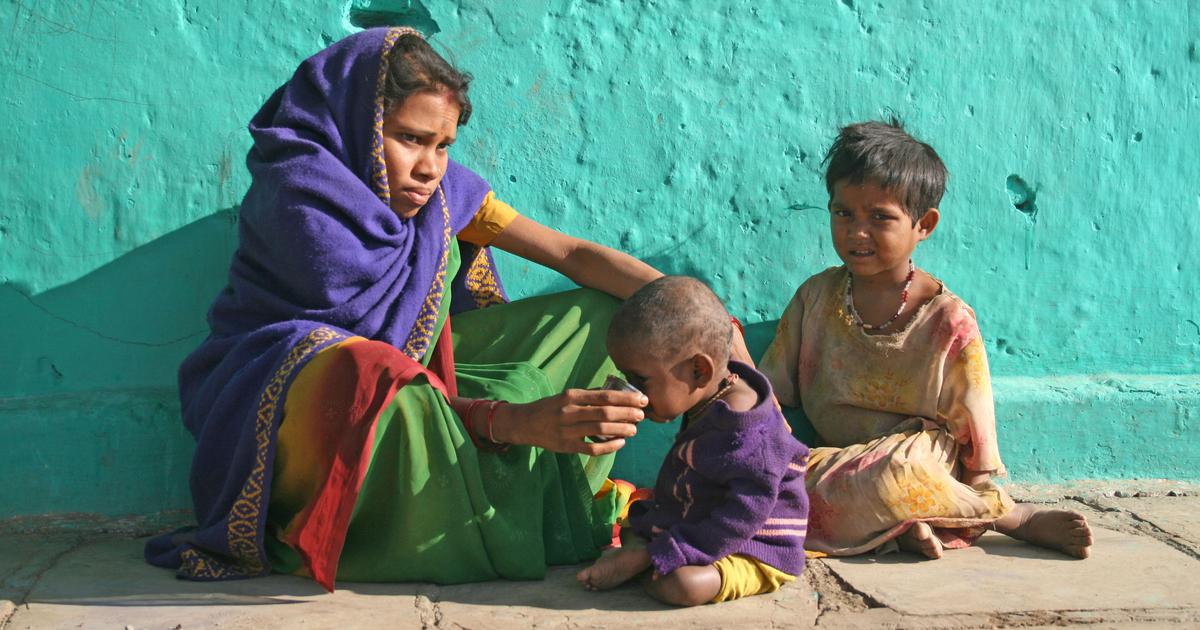 What Is Malnutrition? A Primer

Malnutrition has become one of the major pressing health issues across the world. We witness it every day under the traffic lights, temples, schools, colleges and villages. The magnitude of this problem can be gauged by the fact that roughly 42.5% of children under the age of 5 are underweight in India, which is the highest in the world. But before we go into the details of the causes and the solutions, let’s find out what malnutrition actually is.

In simple term, malnutrition refers to intake of too little or too many calories and/or nutrients. It is divided into two broad categories, undernutrition and overnutrition.

Undernutrition- This occurs when too little calories and/or nutrients are consumed. It can be further divided into four categories.

Protein energy malnutrition (PEM) which, according to World Health Organization, refers to “an imbalance between the supply of protein and energy and the body's demand for them to ensure optimal growth and function”.

Acute malnutrition/ wasting- Also known as low weight for height, it is a form of undernutrition that indicates that a person has not had enough food to eat or had a severe disease recently that led to a severe weight loss.

Chronic malnutrition/Stunting, also known as low height for age, is a result of recurrent undernutrition generally associated with frequent illness, not being properly fed or nursed as a baby, low income and poor nutrition. Stunting may lead to poor brain function, organ development and immune system, which may result in severe health problems in the future.

Micronutrient malnutrition occurs when there is a lack of essential nutrients, vitamins and minerals, in a person. It can lead to underdeveloped cognitive ability, serious birth defects. Severe cases of micronutrient malnutrition may also lead to childhood blindness, maternal and infant deaths. Different essential nutrients play a different role, and their absence may cause problems accordingly. For example, Iron, which is the most common form of micronutrient malnutrition globally is the leading cause of anaemia. Severe anaemia in women may lead to low birth weight, poor fetal growth and in extreme cases may also cause the death of the mother and/or the child.

Overnutrition occurs when too many calories and/or nutrients are consumed. We should have a mix of carbs, fats, proteins, vitamins and minerals in our diet with a lot of fiber and water too. However, in the world of fast food we tend to forget this and consume too many empty calories which leads to obesity and health problems.

According to WHO, five of the most prominent causes of malnutrition across the globe are as

· Low intake of food due to scarcity or lack of resources

For us, the Indians, witnessing embodiments of the above mentioned causes is very common and an everyday experience.

Every day we see children at traffic lights and slums who are undergoing wasting and, in many cases, stunting too. That happens because they are unable to get nutritious food due to lack of resources. Working overtime often makes office workers go irregular about their meals and work continuously on an empty stomach. Undergoing stress is also a mainstream reason in today’s world leading to violation of health rules. Mental stress often makes the mind crave for unhealthy junk foods which satisfies the taste buds but keep the body low in nutrients.

Malnutrition imposes a cascading effect on people’s lives. It is a proven fact that malnutrition impairs the cognitive ability of a person and limits their potential. This fact deepens the influence of poverty in the life of the malnourished person as he/she is unable to earn enough which again leads to their children being malnourished and this ‘cycle of poverty’ goes ad nauseam. Developing stomach infections or diseases often cause significant amount of weight loss. The leaning/thinning of the body is a signal that indicates dearth of nutrients/micronutrients

Abuse of alcohol damages pancreas and liver which in turn meddles with the enzyme secretion mechanism of liver and stomach causing compromised absorption of nutrients from foods.

Elimination of malnutrition from our society is a very complicated yet necessary process. Everybody needs to support each other and move towards the solution together. Though government is trying implementing schemes like mid-day meals to promote awareness regarding nutrition. But, there still prevails many aspects and issues awaiting proper addressal.

Many private organizations are doing their part by donating a part of their revenue to feed the poor. We as individuals must do our part too. Donating food, preventing food wastage and providing proper medical care for the malnourished individuals- all these can have a massive cumulative effect in paving the way for a malnutrition free world.

(The author is the MD of Ownlife Care Pvt. Ltd.)