Home Story What About A Nutrition Parliament?

What About A Nutrition Parliament?

Children are not vote banks. This is precisely why parliamentarians don’t usually do much to combat malnutrition. But unless they come forward collectively, the promise of Poshan Abhiyaan will remain unfulfilled
Basanta Kumar Kar | Sep 15, 2019 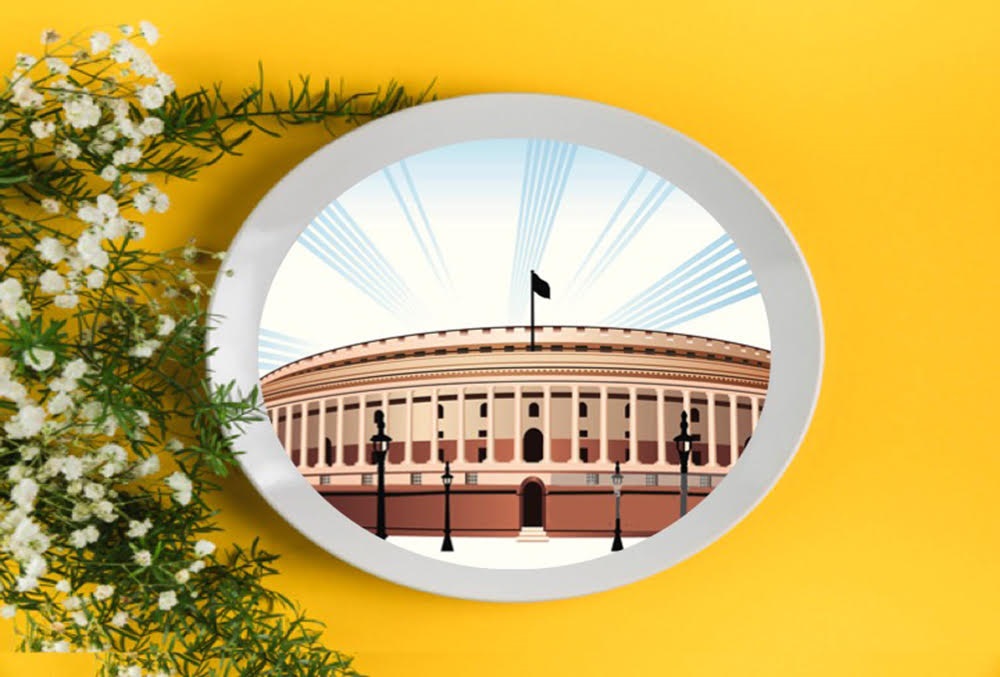 While giving away the Outlook Poshan Awards in August 2019, the Vice President of India, Venkaiah Naidu, called for “a nutrition revolution” in the county—spearheaded by women nutrition-warriors at the hamlet level, driven by parliamentarians with the MPLADS funds and managed under the MNREGA scheme with Nutri gardens on community lands.

A malnutrition-free India is the buzzword now. Good nutrition can supercharge demographic dividend, increase growth, GDP and productivity. The civil society has been saying it for long. The political class is waking up to it. The Poshan Abhiyaan, Prime Minister Narendra Modi’s overarching scheme for holistic nourishment with time bound targets, does signal a new nutrition era.

But where are India’s parliamentarians in this enormous opportunity? From Gram Sabha to Lok Sabha and Rajya Sabha, they have a major responsibility to usher in a sustainable nutrition revolution, with women at the forefront. There is a perception that because children are not voters and the devastating impact of malnutrition does not show up instantaneously, rather manifests over time, Indian parliamentarians do not prioritise the nutrition agenda. A Nutrition Parliament can demystify this impression.

What is a Nutrition Parliament?

It is an informal, voluntary, apolitical, interest group of sitting members of the Parliament (meaning, elected representatives in the local government bodies, state legislature and upper and lower houses) from treasury and opposition (Council of States and State Legislative Assembly). It would be a special innovative project, to take the grass root voice to the highest policymaking level. In the process, it would involve village and local leaders, community members and households, the community, state and research institutions, peoples representatives and the members of legislative assembly.

This involves various ministries, concerned departments, political ideologies, national institutions and stakeholders and finally the highest policymaking body: the Parliament of the country. Along with parliamentarians, media sensitisation at national and state level would also be a part of the project, which is very necessary in a country like India. Such a forum will allow diverse political social and economic views and ideas to happen, debate, discourse and synchronise in one message.

Why A Nutrition Parliament?

The idea of “Nutrition Revolution” suffers from several challenges. The problem does not lie in the intent, but in how effective the programme delivery mechanism would be and if nutrition can be made a household word at all. While discussing malnutrition, there are several contributing factors that need equal attention to solve the nutrition puzzle.

-It is worthwhile to mention that malaria causes rupture in red blood cells leading to anaemia. India carries the largest burden of anaemia globally, with 50 per cent of women being anaemic.

-Similarly, lymphatic filariasis (LF) in India also compounds malnutrition problem. LF is the second leading cause of disability and 40-50 per cent of men suffering from LF are likely to develop hydrocele in endemic areas.

-TB is now the world's deadliest infectious disease. Bearing a quarter of the global burden of tuberculosis (TB), India leads the world in deaths from TB. Children are at high risk of TB
infection.

What Would A Nutrition Parliament ensure?

-Political Commitment: Engagement of MPs and MLAs will ensure political commitment, allure attention towards issues which need urgent intervention, including the development and modification of national laws, policies, strategies, plans and programmes to enhance food systems. This will also include incorporation of food and nutrition agenda in various political party manifestos. Strong engagement of parliaments will be crucial in ensuring political commitment for a long term benefit on food and nutrition security.

-Improve Transparency: Continuous policy level engagements, discussion and efforts of the parliamentarians will promote accountability and transparency in governance. They will work to strengthen the capacity of local governments and other institutions to strengthen stakeholder engagement, track the progress of nutrition policy, financing, and related programmes, and increase government accountability and for policy and funding commitments.

-Message Alignment: This forum will build up connections with other similar networks and cross party fora, working in the country/states and at the international level on sustainable food and nutrition security. They will organise policy seminars, workshops, expand multi sectoral engagement engaging various stakeholders and raise questions within the Parliament to sensitise the parliamentarians with an ultimate objective to bring message alignment..

-Knowledge Management: Efforts given in knowledge management will make it easy to find relevant environment, reuse ideas, documents and expertise, communicating important information widely and quickly to promote standards, replicable process and procedures along with methods, tools, templates, techniques, and examples, accelerating delivery enabling environment to leverage stimulating innovation and growth. This will also include necessary research and studies would also be a part of this programme.

-Members will set their rules, procedures to run this form under the set objective of the project.

-Work with the Speaker, Chief Minister and Opposition leader of the State Legislative Assembly and organise special Assembly Session on Nutrition with few additional topics like malaria, filarial, tuberculosis, childhood cancer and HIV.

-Meeting with ministers of concerned ministries and divisions to share their opinion on specific programme, development projects and budget priorities and submitting petitions to the Minister, ministers and chairpersons of the standing committees.

-Networking and collaboration with other cross-party forums and bodies at regional and international level, develop partnership and alliance with academic and research institutions to get expert views and specialized knowledge and advice for the members of parliament on nutrition issues.

-Exposure visit with in and out of country to learn about the situation on the ground and see the best practices and models and prepare evidence based materials for scale up and replication of the rich practices.

A team of elected office bearers with a rotational leadership structure will run this democratically governed forum irrespective of their political ideology. It would be the focal points nominated by the members to act as its official contact who would ultimately be responsible for ensuring the forum complies with its own terms of reference and the parliament’s rules. The role of the office bearers will be set by the members of the Nutrition Parliament.

Not just. A Nutrition Parliament may have the following office bearers: Chair, Vice-Chair and convener on rotation basis. However, titles can be changed as the members wish and may have less or more posts than the three listed above.

-Networking: Connection with other networks/forums working on health and nutrition, partnership with academic and research institutions, conferences, meetings etc.
Parliament Questions: Frequency of questions raised and number of questions asked in both the parliament sessions.

A secretariat can work towards stakeholder and message alignment in partnership with state government, political leaders, civil society organisations (both members and stakeholders), socially responsible business, parliamentarians and village parliaments who will steer structural and institutional reforms in food and nutrition security for desired outcomes.

The state offices from time to time will leverage secretarial, technical, and other administrative support from its partners for joint advocacy. In order to do so, the technical assistance willbe followed by or be conducted in parallel to the landscape mapping that will define the dimensions of what it means to be ‘feasible’ and quantify the risks, dependencies, and resources required for success and scale. Advisory groups can be formed which will be supported by the working groups. There are forums and platforms already exist in the country, region and at international level. Nutrition Parliament can explore scope and opportunities, to establish contact for collaboration, networking or membership.

India has tremendous potential to become a global nutrition pioneer and lead a nutrition revolution. A pro-poor, gender-sensitive public interest-oriented policy and programme delivery on nutrition with adequate convergence mechanisms will ensure effective implementation of programmes. The parliamentarians in India who have shown the way, can significantly contribute to the agenda of Poshan Abhiyaan for a Mission Malnutrition Free India.

(Basanta Kumar Kar is recipient of the prestigious global ‘Transform Nutrition Champions’ award for outstanding contribution to nutrition in South Asia and the ‘Odisha Living Legend’ award for contribution to public policy. For his decades long contribution to champion the cause of sustainable food and nutrition security in India and globally, Kar is also known as the ‘Nutrition Man’. He is currently Country Director, Project Concern International/India, Contact- basantak@rediffmail.com)