Home Story “We Have To Be Monomaniacs On A Mission:” Lawrence Haddad 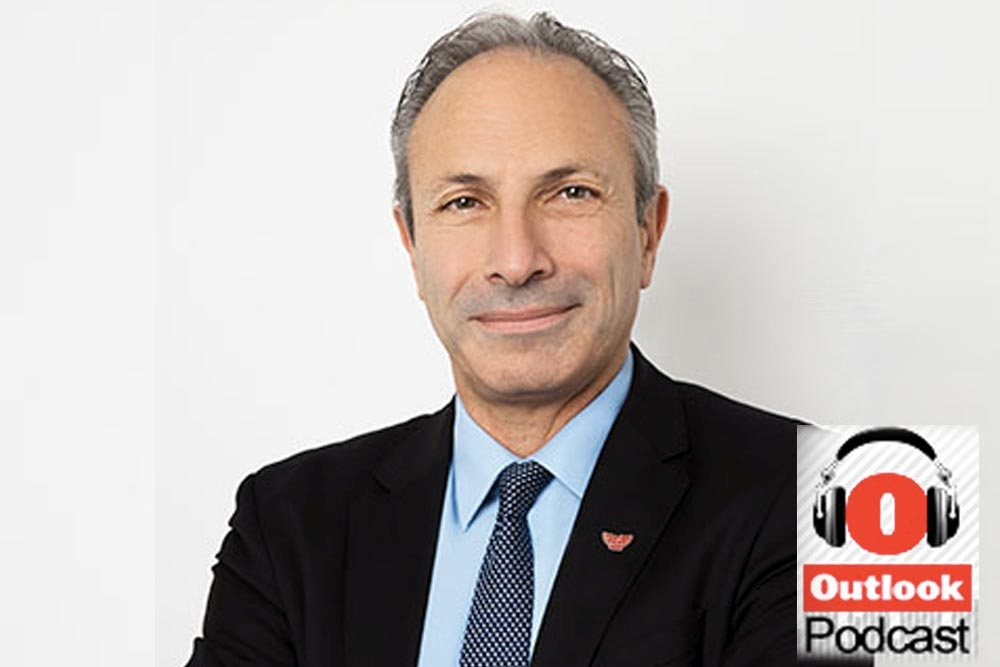 “We Have To Be Monomaniacs On A Mission:” Lawrence Haddad

In the concluding part of his interview, economist, researcher, writer, commentator on nutrition, Lawrence Haddad, and the executive director of Global Alliance For Improved Nutrition (GAIN), explains how and why only grit and resolute determination can turn around the numbers on malnutrition. In conversation with India’s very own Nutrition Man, Basanta Kumar Kar.

Basanta Kumar Kar: At the end of the day, what can radically turn around malnutrition and hunger? Is it public policy, innovation at the grassroots, or technology?

Lawrence Haddad: All of the above are really important. I think, grassroots action is really important if you want to sustain a movement, if you want to scale a movement. If you want to have something that catches fire, you have to have it catch fire at the grassroots. Public policy is very important to change policy norms, to help scale some of the things happening at the grassroots, formalise them. Technology is important because it generates all sorts of possibilities—as well as risks—that can be availed to prevent malnutrition. I think, digital technology has lots and lots of positives in terms of messaging, holding people accountable, reducing transaction costs.

But, I think, above all, the thing that really matters is just the determination. A real determination, the grit, to make sure that malnutrition is not going to rise on my watch. It has to decrease. As one of my friends says, we have to be monomaniacs on a mission. We have to be a resolute. Development fashions and trends come and go. We have to be the ones, the Nutrition Champions, to hold everyone’s feet to the fire, including our own, to make sure that we do not let up the pressure on those who are trying to reduce malnutrition and also to provide them with the solutions on how to do that.

BKK: Will we be able to reduce malnutrition by the Sustainable Development Goal deadline of 2030?

LH: This is a really good question. I think, for stunting we stand a chance. The reductions in stunting that I am seeing in large countries, including India, are promising. Indonesia, Bangladesh, Ethiopia, Kenya, Pakistan—if we can get some action in these countries, some significant reduction in stunting prevalences—because they are such large countries population-wise—the overall numbers in stunting will come down. I think, we have 150 million under-5 kids stunted at the moment. The target for 2025, which is the World Health Assembly target, is about 50 million. I think, current projections suggest it would be a 100 million. I think, we can probably get towards 70-60 million, if we intensify our efforts.

It is going to be very difficult to turn those numbers around, but at least the rate of increase can be slowed and we can bring that to a halt by 2030. And I do believe that the healthy, sustainable diets idea is spreading rapidly. There is a demand for healthier diets, not just in high-income countries but in all countries. I think, businesses are recognising that this as an opportunity for the, commercially as well as purposefully. Governments are waking up to the fact that hunger-reduction is just the first victory in the war against malnutrition. And, I think, civil society is getting better and better at holding all of us accountable for making nutritious food available, affordable and desirable.

BKK: Debates and controversies abound on public vs. private interests in the nutrition space. Could you please tell us your insights and perspectives on this?

LH: I mentioned about the private sectors earlier in one of my other responses. This is pretty much a hot-button topic in most countries, including India. All I can say on this topic is, be thoughtful. When you talk about the private sector and businesses, which sectors are you talking about? Are you talking about the food sector or the non-food sector? The non-food sector is really important for helping us get us nutritious food, that is available, affordable and desirable. Finance organisations, marketing agencies, refrigeration companies, they are all important.

Food companies do as well, but not all food companies are big multinationals. A lot of them are medium-sized or large national companies. Then there are lots and lots of small and medium enterprises, and these are the ones from where lots of countries, in South-Asia and Sub-Saharan Africa, get their food from. So what can we do to support the small and medium enterprises, who want to produce more nutritious foods? How can we get them finance, how can we get them business, development support, marketing support? How can we support them to reshape local food systems and avoid the kind of disastrous paths that North America and Europe have taken towards ultra-processed foods? So my only piece of advice here is: have an open mind, deconstruct what you mean by the private sector, be evidence-driven but don’t let the absence of evidence paralyse you to taking action. If there is no evidence to guide you, take action but verify and evaluate what you are doing and share that with the rest of the world. Most importantly, don’t let ideology get in the way of reducing malnutrition.

BKK: How can Outlook Poshan really get the message across about nutrition?

LH: I have got three suggestions here. The first one is: I am really surprised and impressed by the power of youth, to be able to speak truth to power. The ability to cut through the noise, cut through all the jargon, ask the hard questions, issue the hard challenges, be authentic and genuine. We see that in the climate area and would like to see that much more in the nutrition area. We are beginning to see that in the UK, in some work I am doing, something called #BiteBack2030. We are beginning to see it in Bangladesh with some work that the GAIN is doing with the SKNF Foundation, a youth foundation. So, I think, the more and more the youth can get involved, the better chance we have.

Finally, I would say, the third route for Outlook Potion is to really try to influence other media outlets, to take an interest in nutrition. The way in which nutrition is portrayed in the media, it’s all about acute events, emergency events, sensational events. Because, that’s what sells media clicks and newspapers. But malnutrition is a silent crisis. It is an ongoing crisis. It doesn’t happen quickly. It doesn’t get prevented and reduced quickly. It requires dedication, and understanding, and it requires everyone to come together. I often say that the forces that create malnutrition are many and powerful and they work in concert: bad food, bad water, bad sanitation, bad healthcare, bad care, lack of commitment from governments. So the forces that overcome malnutrition have to unite and they have to work in concert as well.

The media, in particular, can play a really big role in bringing all of us together, amplifying the voice of those most affected and urging the rest of us to get our act together, and act now, to prevent and reduce malnutrition and meet the Sustainable Development Goals of 2030. I really believe, it can be done, but it really needs massive efforts by everyone, from all quarters of society.