Home Story 'We Have Kept This War On Malnutrition Alive' 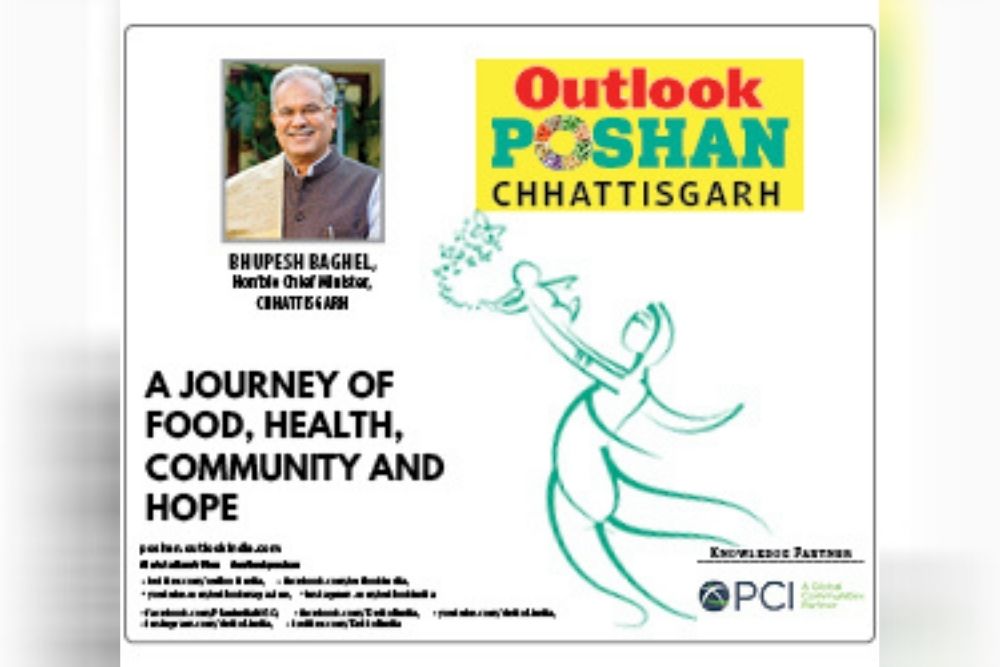 'We Have Kept This War On Malnutrition Alive'

Removing malnutrition from his state is high on the priority list of Chhattisgarh’s Chief Minister, Mr Bhupesh Baghel. Inaugurating Outlook Poshan's campaign to spread awareness about the various schemes and programmes launched by his government, he noted that while the Covid-19 had impacted nutrition programmes in his state, it would not deter his plans to make Chhattisgarh a malnutrition-free state within the next three years. During his tenure, over 70,000 children were rescued from the clutches of malnutrition, and his administration had ensured that dry rations were delivered to over 3.7 lakh children so far, he said. “We have kept this war on malnutrition alive,” he declared, thanking his administration, NGOs, frontline workers and Outlook Poshan for their support