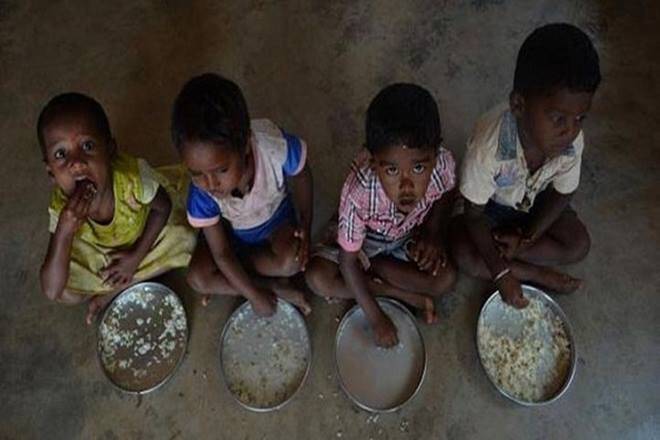 In India, in spite of efforts by the Government of India in reducing healthcare cost, widespread inequalities in healthcare expenditure continue to persist. Moreover, there is a high rate of stunting among children, coupled with micronutrient deficiencies in both women & children, even after substantial advances. Currently, stunting in India is at a high rate of 38 percent, and 70 percent of the children have inadequate dietary intake. While there has been progress in food production over the past decades, regional disparities and food insecurity are still prevalent.

The Food System Vision 2050 (figure 1) is a holistic approach for food security, which brings together agricultural, health, nutrition and economic development. India has 189.2 million undernourished people, which means, almost 14 percent of the population is undernourished. On the Global Hunger Index, India ranks 102 out of 117 countries, falling under the serious hunger category with a score of 30.3. The Covid-19 pandemic presents a possibility of adding to the global numbers of undernourished in 2020, specifically dependent on economic growth. India must watch out as 70 percent of under-five deaths in the country are attributed to malnutrition, and pandemic-induced poverty and food insecurity would only further aggravate the situation.

Research indicates a direct correlation of dietary diversity with the quality of diet and household food security, and higher socio-economic status in terms of maternal education and employment. A study to understand food consumption patterns and dietary diversity among Indian children, further indicates the importance of sharing accurate information regarding diet for caregivers to make healthy food choices.

According to the NFHS-4 2015-16, only 9.6 percent children (6-23 months) are fed minimum acceptable diet. This further declines to 6.4 percent children under two years receiving a minimum acceptable diet as per the CNNS 2016-18. There is widespread variation across states, with Andhra Pradesh trailing at 1.3 percent while Sikkim leads with 35.9 percent. An analysis of dietary adequacy amongst children over the past few decades indicates need to address the barriers against minimum acceptable dietary intake among children. ¯The World Food Programme’s Food and Nutrition Security Analysis for India reiterates improving feeding practices especially complementary feeding. The use of concurrent strategies like fortification, diversification and supplementation can address the deficiencies in the diet. Other than dietary practices, factors such as immunization and maternal health seeking behavior also determine the nutritional status of child.

As per the NFHS-4, only 30.3 percent pregnant women consumed iron and folic acid tablets for the stipulated 100 days, whereas 21 percent women attended the 4 antenatal clinics. On infant and young child feeding practices, only 54.9 percent children below 6 months are exclusively breastfed and only 41.5 percent are initiated breastfeeding within an hour of birth. Moreover, the introduction of complementary feeding after 6 months has declined in the past decade and is below 50 percent.

The first 1000 days from conception till the child is two years old provide a window of opportunity for optimal growth and development. A review on interventions for maternal and child undernutrition suggest promotion of breastfeeding, and complementary feeding among others for optimal growth and development. The three 3 core indicators: minimum dietary diversity, minimum meal frequency, and minimum acceptable diet, make up for the complementary feeding for children aged 6 to 23 months.

In India, only 42 percent children (6-23 months) have minimum meal frequency (fed the minimum number of times per day for their age), and 21 percent have minimum dietary diversity (diet containing four or more food groups-Grains, Pulses & Legumes, Milk & Milk products, Eggs, Fruits & Vegetables, and Flesh Foods). Further analysis shows the influence of maternal dietary preference and schooling on the minimum dietary diversity for children. The minimum meal frequency was slightly higher for rural children (44 percent) as compared to urban (37 percent). Hindu (44 percent) and Muslim (43 percent) children received the minimum meal frequency as per age in comparison to other religious groups. Mother’s level of education also impacted the minimum acceptable diet, increasing from 4 percent to 10 percent, when comparing mothers with no schooling and mothers with higher level of schooling respectively. Three percent to nine percent children were fed with minimum acceptable diet from households in the lowest and highest wealth quintiles, respectively.

The Covid-19 virus poses a risk for people who are immunocompromised and suffer from co-morbidities. Malnourished children with poor immune health, are more prone to infectious diseases, and subsequently spreading Covid-19, due to its asymptomatic nature. It is therefore, all the more important to maintain a healthy diet specially for the vulnerable (women & children) to boost immunity.

According to the Eat -Lancet Commission on Food, Planet, Health, India needs to enhance dietary diversity and behavior change as crucial to achieving nutrition security. The Covid-19 has disrupted lives and livelihood and caused an economic setback. Analyses show both direct and indirect threats to maternal and child health due to the pandemic. With the lockdown and restrictions, the vulnerable have missed out on essential preventive care and diversion of healthcare to fighting Covid-19. The pandemic has led to loss of income and jobs, and disruption of schemes and programs addressing food security like Integrated Child Development Services and the Mid-Day Meal, aggravating the challenge of access to affordable and quality foods.

A recent large scale analysis on rates of childhood obesity and wasting from 105 countries spanning from 2000 to 2017, calls for serious action to address this childhood syndemic. Case studies from six countries, including India, show increasing trends in energy dense foods including sugars, oils but a lower intake of cereals or pulses in the daily diet. The diet diversification is based on income level with variation in the rural and urban households.

India derives its protein from cereal based diets and improving the quality, specifically that of protein through pulses, is necessary to tackle malnutrition. According to the NSSO survey, spending on protein and micronutrient rich foods such as fruits and vegetables is significantly less when compared to other food items.

According to the Global Panel, dietary diversity is important to ensure an adequate intake of food from all the food groups. The lack of dietary diversity can be more harmful to health than infectious diseases. Indian Council of Medical Research

(The author is a Senior Fellow-Health Initiative at the Observer Research Foundation.)