Home Story Trouble Sleeping? Here’s Why You Should Worry 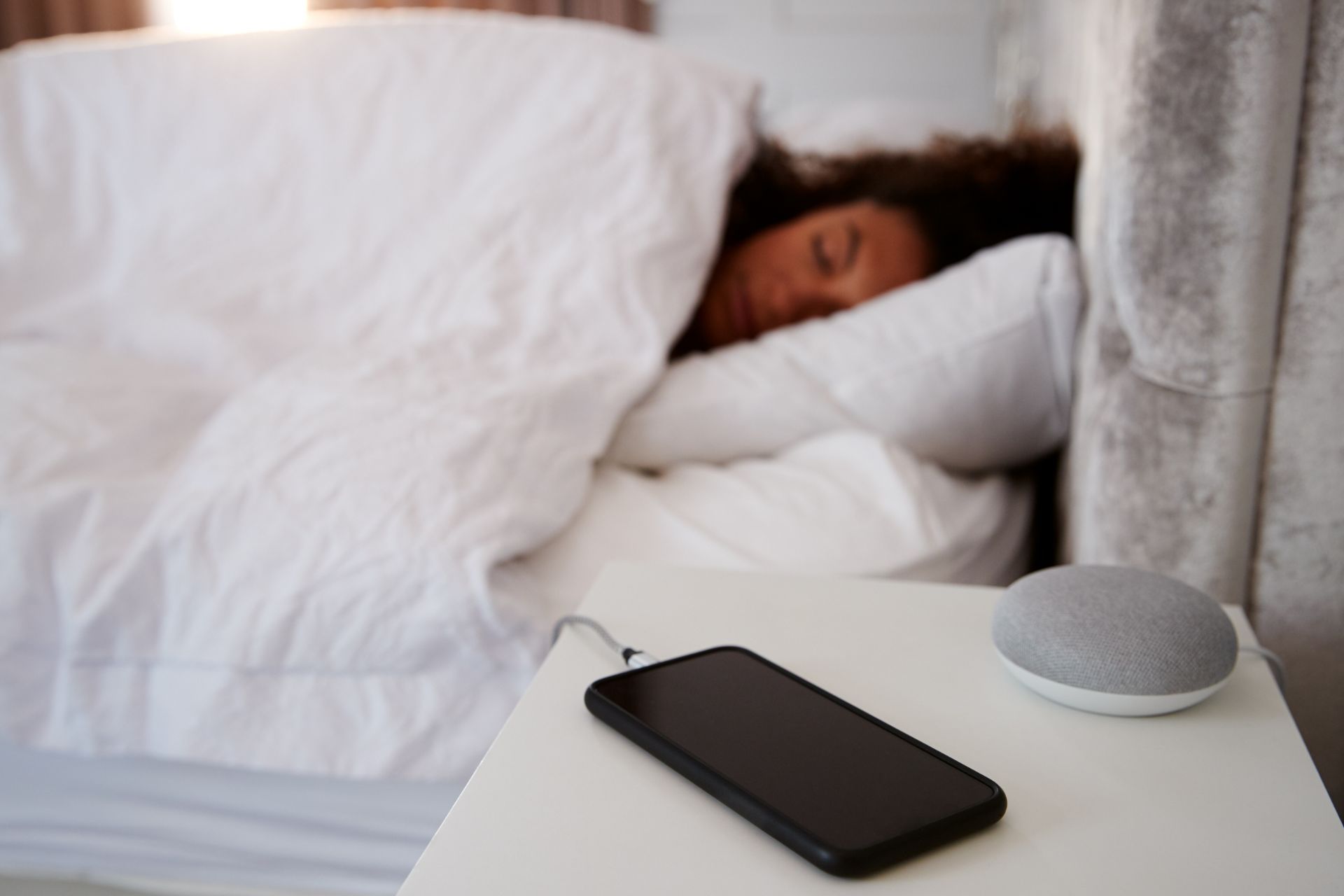 The pandemic has violently disrupted our lives, including our sleep patterns. And this can lead to serious mental and physical problems

Most adults spend the majority of their time either working or sleeping. However, very little is known of the relationship between the two. On the impact on productivity, one survey says 58 per cent of Indians believe their work suffers due to inadequate sleep, whereas 38 per cent have witnessed a colleague falling asleep at work.

Sleep problems can be both cause and consequence of an individuals’ day-to-day experience, including work. The effects of excessive daytime sleepiness on functioning, cognition, memory, accidents and work errors have been well-studied in countries like the United States, Australia, Japan and France.

According to a survey conducted in 2020, working from home changed the sleep schedule of 67 per cent Indians, with many sleeping after 11:00 pm. Concerns that cropped up during the pandemic like job security, managing finances and worrying about family/friends were cited for this by respondents, with 49 per cent staying up because of these issues.

‘Sleep,’ which Dr Manvir Bhatia, Senior Consultant in Neurology and Sleep Medicine and author of The Sleep Solution: Secrets For A Good Night’s Sleep describes as a primary “pillar of wellness”, is predicted to be the next big thing for the wellness industry worldwide — but especially in India, which is the second most sleep-deprived country after Japan, according to a survey conducted by fitness solutions firm Fitbit in 2019.

But treating sleep conditions with conventional tools and wisdom that experts have used so far may not be enough. Because the very reasons for these conditions have changed dramatically, particularly following the immense shock and trauma the world faces due to the Covid-19 pandemic. There is thus a crying need for new ways and tools to help people deal with their sleep related concerns.

Also Read: Stress Kills. Here's How To Kill It First

Those with high stress jobs are more likely to suffer from sleep disorders. Research has shown that close to 30 - 40 per cent of the working population, particularly those with high pressure jobs, do not sleep well. The main factors contributing to poor sleep in India include food habits, lack of physical activity (exercise) poor sleep hygiene, and strenuous and hectic work patterns. Which is perhaps why the Indian sleep therapy market, estimated at Rs 80 crores today, is growing at the rate of 20 per cent per annum.

A survey conducted by The Hindu newspaper late last year revealed that though 87 per cent of Indians said they were aware that poor sleep affected their health, very few actually took any action or visited a doctor to get treated. The survey further found that 18.6 per cent of people from South India complained of insomnia, and 60 per cent of those who took part in the survey displayed a high risk of Obstructive Sleep Apnea (OSA), while 3.3 percent were potential sufferers of OSA.

Another study by market research firm Nielsen during November-December 2009 found 93 per cent of urban Indians were sleep-deprived, and 62 per cent displayed high risk of obstructive sleep apnea. According to industry estimates, the number of sleep apnea patients in the country could be somewhere between 40 million to 70 million.

The adequate amount of sleep needed by different age groups as prescribed by the National Sleep Foundation is given below:

Given the second wave of the Covid-19 pandemic, what will the sleep schedule of Indians look like in 2021? The Great Indian Sleep Scorecard (GISS) 2021, a survey organized by home solutions major Wakefit, indicates that although 92 per cent of Indians still check their phones before they go to bed, sleep health appears to be improving, along with the awareness.

A Mint cover story last year cited the Global Wellness Trends report 2020 as saying that one of the main reasons for bad sleep in the 21st century is the growing menace of “lightmare” (inappropriate exposure to blue light and darkness due to light pollution). The 365 days-24x7 “always on” lifestyle is the reason behind the trouble and trauma major trouble and distress with our circadian rhythm (body clocks) leading people to sleep, eat and exercise at the wrong hours.

It is true that many people have started focusing on their sleep health and are concerned about the effects of poor sleep on their health. There is a growing interest in ergonomic mattresses and furniture, and the demand for sleep products went up by 70 per cent during the pandemic, says the head of Wakefit Chaitanya Ramalinegowda (Co-founder and director of Wakefit).

Smoking and caffeine have been found to negatively affect sleep, particularly by delaying the onset of sleep, which eventually impacts sleep quality. Dependence on cocaine is one of many psychological diseases in which problems with sleep are a common symptom, and the deregulation of sleep is strongly linked to compulsive cocaine. use

The consumption of alcohol harms the individual’s sleep behavior and anybody who consumes alcohol will experience various sleep problems along with other associated problems due to its consumption, even though the intensity and severity of disturbance will vary based on the quantity and duration of alcohol consumption.

Caffeine is found to reduce total sleep time and increase sleep latency, it is one of the most widely consumed psychoactive substances which has been found to have profound effects on sleep and wake function. A study done with a group of individuals showed that caffeine ingested in doses of 0, 1.1, 2.3, 4.6mg/kg half an hour prior sleeping to normal healthy individuals who reported an average of 3 cups of coffee daily showed how their sleep was negatively affected due to it.

Psychological (The psychological effect of poor sleep is that individuals who have reported higher scores on sleepiness usually tend to have negative outlook towards their workplace and express incivility. Poor sleep is closely associated with other mental illnesses such as anxiety, depression and bipolar disorder among other forms of psychiatric disorders).

The common symptoms of sleep deprivation to look out for include mood and behavioral changes (irritation, impulsivity, unfriendly, unusual behavior), rude, less empathetic, (can lean towards unethical behavior), difficulty concentrating on a task (not previously noted), problems with work requiring intense effort and focus such as strategic planning, innovative thinking or creating something new.

They may also have physical symptoms such as low grade fever and gastrointestinal issues (diarrhea or constipation). In severe cases of sleep deprivation one can also experience hallucinations, disorientation or paranoia.

Now, since the hybrid/work from home model has become the new normal, and employees being given the option to work from spaces that they are comfortable and safe in, it is extremely important to maintain a strong and genuine focus on the health and well-being of all workers.

The top management should definitely be interested in making sure that all employees, apart from just following Covid-appropriate behaviors and being safe, are also following a healthy lifestyle and diet. The rapidly rising problems of mental health issues, physical distress and sleep problems, among many others, are already causes for concern.

The world is slowly opening up again, with people and industries trying to return to a pre-pandemic lifestyle, although the second wave of the virus might delay it further. Besides, the memories and horror of 2020 has scarred many of us permanently. So it is of utmost importance that we maintain a healthy lifestyle to function effectively in these troubled times. And that includes regular exercise, a proper diet, and proper sleep.

(The author is a Guest Faculty at FLAME University, Pune. Views expressed are personal, and do not necessarily reflect those of Outlook Magazine)