Home Story Trans Fats: The Devil Is In The Details 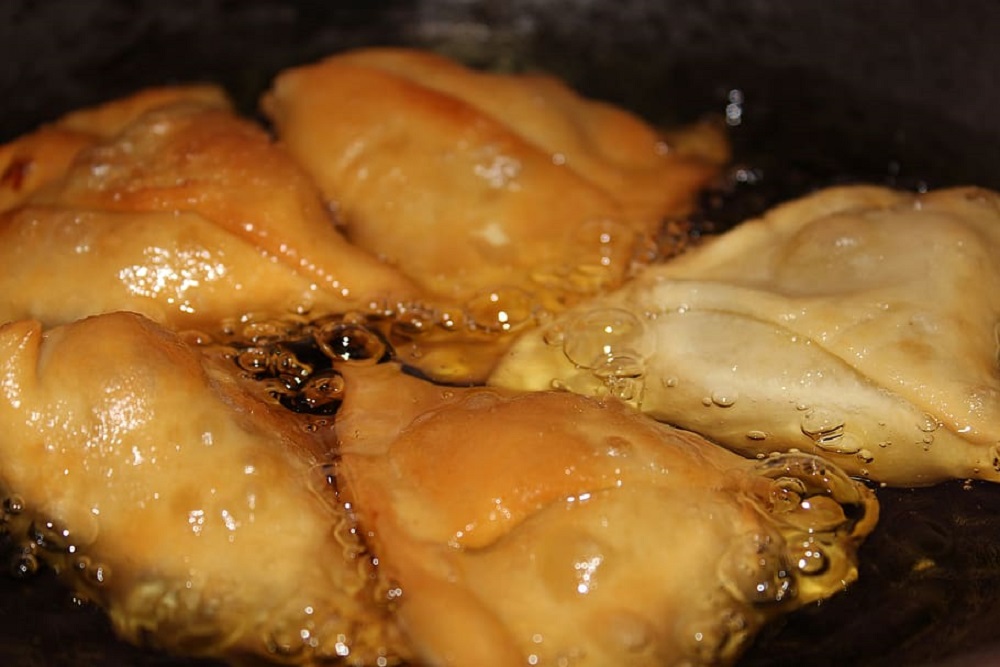 Trans Fats: The Devil Is In The Details

India plans to cap the amount of this deadly unsaturated fat found across various food sectors before the WHO deadline of 2023. But some loopholes in the draft law need to be plugged first.

Apart from the fact that they taste good, what do the cakes and pastries at your favourite bakery and the freshly fried samosas and jalebis you indulged in the other day have in common?

If your answer was too much sugar and starch, you’d be partly right. But there’s a far deadlier devil lurking among these savouries. It’s called Trans Fatty Acid (TFA), or trans fats.
A form of unsaturated fat, industrially produced trans fats is a toxic chemical that can cause heart attacks and deaths. Used mostly in packaged foods or for foods that require deep frying, TFA has no health benefits.

Trans Fats are also found naturally in the meat and dairy of ruminant animals like cattle, goats and sheep. But various studies indicate that a moderate intake of these fats are not harmful, and in fact a trans fat known as conjugated linoleic acid or CLA, found in ruminant dairy fat, is actually sold as a dietary supplement.

Also Read| Trans Fat: The Next Epidemic To Watch Out For

Trans fat is also produced when vegetable oils are chemically altered by partial hydrogenation to stay solid at room temperature, giving them a much longer shelf life. The process, first recorded by French scientist Paul Sabatier (who won the Nobel for Chemistry in 1912) was refined and patented by German chemist Wilhelm Normall in 1902. Commercial production began in in England in 1909, and was soon picked up in the US, where Procter & Gamble acquired patent rights and released the first hydrogenated shortening product, Crisco, in 1911. Because of the easy availability and lower costs, hydrogenated fats soon replaced lard worldwide, and by 1920 it was staple in the baking of bread, pies and cake, and a variety of processed foods including those savouries you love. In fact, some campaigns actually asserted that that there were health benefits associated with unsaturated fats.

A Dutch company called Dada and Co introduced it to India , where coconut oil and ghee (clarified butter) were the main cooking medium till then(lard was not commonly used due to religious and cultural reasons). Both were expensive, particularly ghee, and the much cheaper TFA oil which soon became known as vanaspati, was an instant hit. Sensing the rapidly growing market, the Lever Brothers bought the rights from the Dutch 1931, and established a factory in Sewri, in what is today’s Navi Mumbai, and introduced the Dalda (an amalgam of Dada & Co and the ‘L’ of Hindustan Lever) brand in India. The product, marketed as a healthy cooking medium that preserved the original, pure taste of food, became a nationwide bestseller. Some studies say it had as much as 50 per cent of TFA.

The murmurs of concern began in the late 60s when several studies hinted that trans fats were not really as healthy as they were made out to be. By the 1980s, a direct co-relation between TFA and coronary heart disease was established.

While most other fats tend to increase both LDL or bad cholesterol and HDL or good cholesterol, a series of clinical studies indicated consumption of trans fats led to a significant increase in LDL cholesterol without a corresponding rise in HDL cholesterol and negatively affects lipoproteins, both risk factors for heart disease Other studies linked it with excess inflammation , a primary cause of many Non Communicable Diseases, like coronary disease, arthritis, and metabolic syndrome --a cluster of conditions that occur simultaneously like increased high blood sugar, blood pressure, excess body fat and abnormal cholesterol or triglyceride levels) which exponentially increase the risk of heart disease, stroke and type 2 Diabetes.

When a 1994 American study estimated that the consumption of trans fat was linked to 30,000 deaths each year in the United States alone, the health and medical activists demanded action, forcing public demands for healthier fats in food products. Apart from CRISCO, which

Additionally, major food chains were required to alter the fats used in their cooking processes to minimize the use of trans fats. By 2007, Crisco had 0 transfat per serving, and multinational food chains like KFC, Burger King, McDonald’s, Taco Bell and Wendy’s were also forced to cut trans fat to acceptable limits.

In May 2018, The World Health Organisation released REPLACE, a step-by-step guide for the elimination of industrially-produced trans-fatty acids from the global food supply by 2023. It
essentially calls for

One, Legally banning the production and use of partially hydrogenated oils (PHO), which are the main source of industrially produced TFA (a “PHO ban”), and two, Limiting TFA to 2g per 100g of total fat in all fats, oils, and foods (a “2% TFA limit”). There are other subsidiary norms like mandatory labelling of TFA percentage on all food products.

In a laudable move, India, which already has 5 per cent limit on TFA in fats and oils, declared that it plans to implement a selective cap on TFA content by 2022, a year ahead of the WHO
deadline.

The Food Safety and Standards Authority of India or FSSAI has published two draft regulations to limit TFA. One issued in December 2018 proposes to lower the TFA limit to 2% by January 2022, but it applies only to fats and oils. The second draft regulation issued in August 2019 proposes a 2% TFA limit, but only for foods “in which edible oils and fats are used as an ingredient.”

But there is a significant loophole which could totally negate the idea behind the cap. Neither of the regulations apply to all fats, oils, and foods. It is critical that the TFA limit is appliedto all fats, oils, and foods, because some foods could be high in TFA, yet fall outside the regulation’s scope. Thus, the population would still be at risk of consuming dangerous levels of TFA. The Devil, as they say, is in the details.

Also, both regulations continue to be drafts and must be notified before they can be enforced. And to achieve the WHO goal by 1 January 2022, the regulation’s compliance schedule must start with immediate effect as it involves notification to industry and enforcement capacities.

Time is running out.