Home Story Trans Fat: The Next Epidemic To Watch Out For 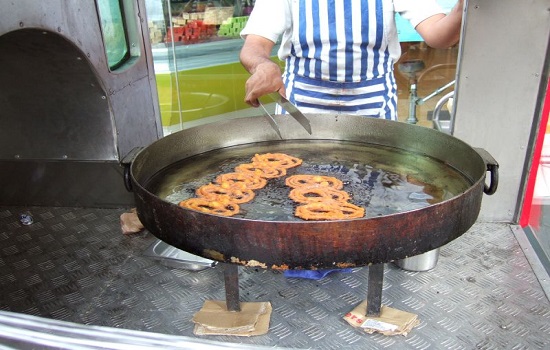 Trans Fat: The Next Epidemic To Watch Out For

More people die annually from heart diseases than from any other cause. And trans fats are to blame

Currently, the world is reeling under a global pandemic that has exposed colossal chinks in the world’s ability to deal with this scourge. COVID-19 has shown its unprecedented deadliness and virulence, snuffing out millions of lives and wreaking havoc on the global economy. A recent report says gas price in the US tumbled to 89 cents in the last week of April, while it became cheaper than water in several countries!

A pandemic of this magnitude can destroy up to 1% of the global GDP, which is comparable to other deadly threats like climate change. When the world’s economy is plummeting it can’t afford another epidemic in the coming years. Yes, the impending pandemic—coronary heart disease—is as real and frightening as the one we are fighting now.

Here are some facts to ascertain the magnitude. As per National Centre for Biotechnology Information (NCBI), one person dies every 37 seconds in the US from cardiovascular diseases (CVDs). As per WHO, an estimated 17.9 million people died from CVDs in 2016, representing 31% of all global deaths. CVDs are the No. 1 cause of death globally: more people die annually from heart diseases than from any other cause.

The past two decades recorded an alarming prevalence of coronary heart disease (CHD) and cardiovascular mortality in India.There has been a four-fold rise of CHD prevalence in the country during the past 40 years. Current estimates from epidemiologic studies from parts of the country indicate its prevalence to be between 7% and 13% in urban areas and 2% and 7% in rural populations, with consumption of trans fats in everyday life emerging as one of the major reasons.

"The risk of carrying such a deadly slow poison in our food is confounding. The health of the Consumer is put to risk despite knowing that Trans Fats can cause irreparable damage to heart and kidneys and adds to the list of NCD s. The health ministry and the regulator must ban Trans Fats immediately," says Ashim Sanyal, Chief Operating Officer of Consumer VOICE.

Trans fats are preferred by the vanaspati industry as they provide firmness to margarines and plasticity as well as emulsion stability to shortenings. However, this preferred choice of the industry is also a reason for increased risk of cardiovascular diseases. In India, CVDs and hypertension are the most important risk factors for chronic disease burden and have become the leading cause of mortality. A quarter of all mortality is attributable to CVDs.

In 2015, more than a quarter of all deaths in India were caused by CVDs, accounting for more than 2.1 million lives or over a fifth of global CVD mortality. In our country, CVDs surfaced a decade earlier as compared to developed and high-income countries. The UN’s Sustainable Development Goals call for one-third reduction of mortality and morbidity from CVDs by 2030. WHO predicts that in the next two decades the burden of CVDs will be largely borne by developing countries, which now account for one-third of all global deaths (15.3 million).

Apparently, CVDs could be the next big silent epidemic if no action is taken. Several studies and researches have shown that intake of trans fatty acids (TFAs) increases the risk of coronary heart disease. In 1990, Mensink and Katan reported that TFA increased the total and low-density lipoprotein (LDL) cholesterol and decreased the “good” high-density lipoprotein (HDL) cholesterol. Dr Walter Willet, an American physician and nutrition researcher at Harvard University, enunciated the hypothesis that intake of TFA increased the risk of CHDs by increasing the level of LDL.

After extensive research and clinical trials, a strong association emerged between dietary fats and CVDs, especially coronary heart diseases. If this relationship was not enough to make heart disease the next big epidemic, the second half of the 20th century saw a shift in lifestyle. This period is characterized by changes in diet and lifestyle which, in turn, have contributed to an epidemic of non-communicable diseases. This epidemic is now accelerating in most developing countries. Even though trans fatty acids have been reduced or eliminated from retail fats and spreads in many parts of the world, deep-fried fast food and baked goods are a major and increasing source.

The way forward is having a healthy diet and maintaining dietary goals by limiting the intake of fat from dairy and meat sources, eliminating the use of hydrogenated oils and fats in cooking andmanufacture of food products, and using appropriate edible vegetable oils. Preference should be given to food preparation methods and avoid deep frying.

(The author is COO of Consumer Voice, a not-for-profit organisation based in New Delhi. The views expressed are personal.)