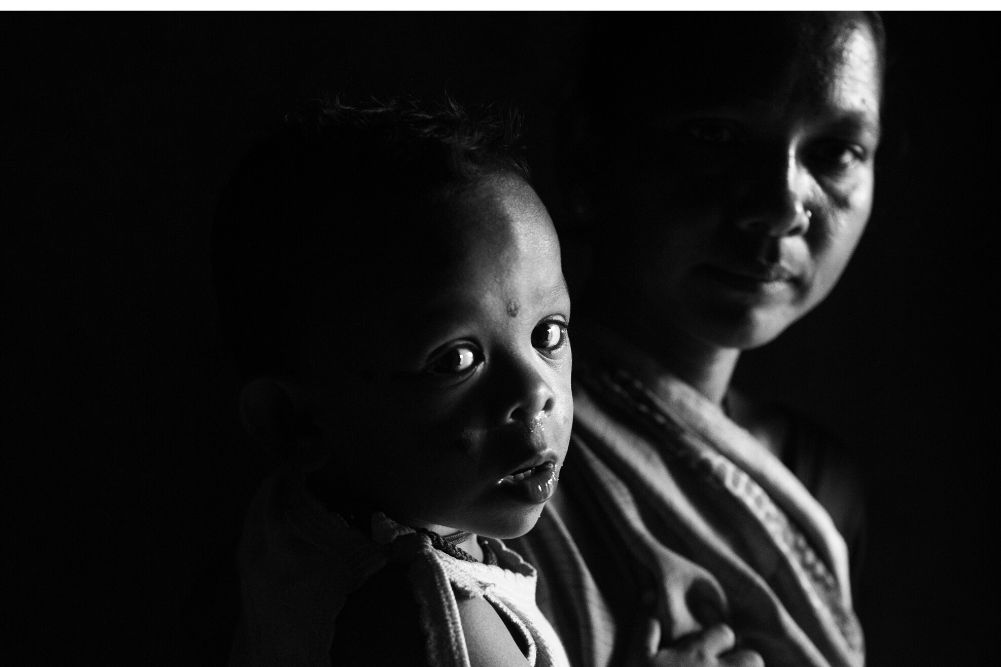 Time To Step Up War Against All-Pervasive Invisible Enemy

A first-hand account of the travails of tribal population in remote parts of Chhattisgarh who are grappling against great odds including nutrition-poor food habits, low literacy, subsistence-level economies and inadequate health facilities to ensure wellbeing of their children

It’s the harvest season and the entire village of Chawad in Chhattisgarh is hard at work in the fields or carrying bundles to their storage rooms. Satrupa and Premlal Sahu take turns to work in their family’s fields while the other looks after their two children. Nine year old Tushar is active though he is underweight. And their 18 months old toddler Lokprabha, who was only two kilos when she was born, is now just 8.5 kilos. The worried parents had taken her to Dhamtari town for check-up where the doctors told them there’s nothing wrong but they are tense as Lokprabha’s weight has not been increasing despite their best efforts.

The incidences of stunting, wasting and malnourishment is high among many of indigenous tribal groups in Chhattisgarh, with an inordinately large number of children falling in the Severe Acute Malnutrition (SAM) category, which is the most extreme and visible form of under nutrition. A major reason for this state of health is that besides living in Naxal troubled densely-forest districts of the state, many of the tribal groups often have nutrition-poor food habits, low literacy and subsistence-level economies. 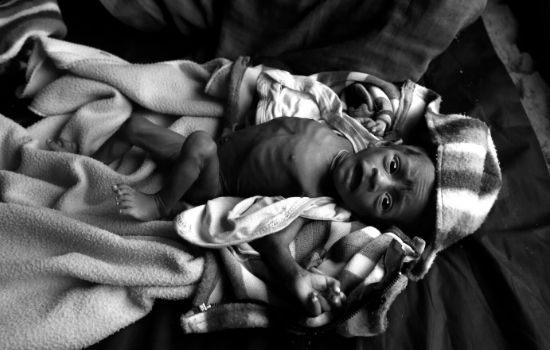 According to National Health Family Survey (NHFS-4), Chhattisgarh has high levels of wasting (15 per cent),whereas a report by NITI Aayog indicates that an alarming 37.6 per cent of children in the state below five years are suffering from malnutrition and 41.5 per cent of daughters and mothers in the state are anaemic.

Home visits and study of district Nutrition Rehabilitation Centres (NRCs) in regions high in Severe Acute Malnourished children such as Dongargaon and other areas surrounding Rajnandgaon, and in the Manpur, Narayanpur and Kanker region gave unique insights into the issue.

Kohokatola village in Chhattisgarh’s Kanker district is clean and rather prosperous looking. Except when you chance upon the home of the local blacksmith Bhagiram. It’s quite apparent from the condition of his house that Bhagiram struggles to make ends meet. Belonging to the Vishwakarma Lohar caste, his family faces discrimination from the higher caste villagers. Which is why his wife Hirakali is reluctant to send her four-year-old daughter Durgeshwari to the Anganwadi. The scruffy girl wears the bare minimum of clothes and has a sullen and distrustful look. She and her older brother Bhakt Prasad know how to work the bellows and enthusiastically keep the fire burning bright, which helps their father in his work. The youngest child Jageshwari (18 months) hasn’t benefited from her visit to the NRC. Bhagiram berates his wife publicly, saying she should take better care of the children and home. His mother is a bit kinder and quietly shares that all the neighbours who are pointing fingers at the family’s inability to care well for their children actually make life quite difficult for them.

Apart from poverty, which is the most obvious, many among the tribal community and other marginalised sections of society, lack access to education and medical treatment, while lack of hygiene, early marriage, multiple pregnancies, lack of nutrition from earlier generations, superstitious beliefs and faith in dubious medicine men are among other reasons compounding the problem. 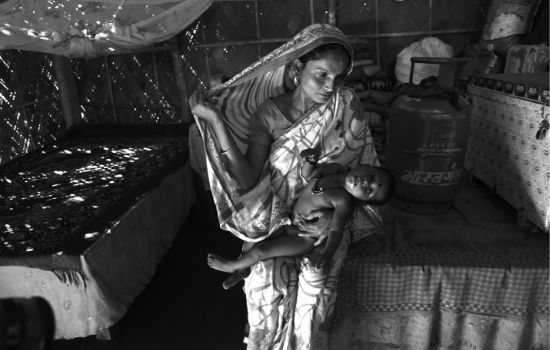 The sheer lack of awareness amongst parents about what constitutes a nutritious meal was one of our most startling findings. In many cases, the failure of the system to provide aid to those working in the field has added an extra pall of gloom to their already dire realities.

Nimanjali Durga, 25, has three children and is expecting her fourth in six months. Although bleeding from the ears, she can’t go to the hospital as nobody is ready to accompany her due to the long distance, which involves crossing thick jungle and a river. Her husband, a cowherd, who daily takes the cattle of the entire village to graze from 9 am to 6 pm, is unable to accompany her as his payment in rice is what keeps the family fed. No rations or Anganwadi workers reach these people, who live in a remote hamlet inside the Karlapat Wildlife Sanctuary. So abject is their overall situation that it overrides the usual social divides. Phuldei Majhi is giving Nimanjali company along with her malnourished three-year-old son Ajit, sitting in the house of her friend, although Majhis would not normally associate with a scheduled caste family.

Nutritionists that we met at the NRCs, set up by the Ministry of Health and Family Welfare, were passionate about their work and used many innovations to explain to tribal women the importance of a balanced diet for the children. Sadly, there aren’t enough of these centres. Constraints of NRC infrastructure facility with just about 10-12 beds in each unit necessitating long wait, discourages parents. 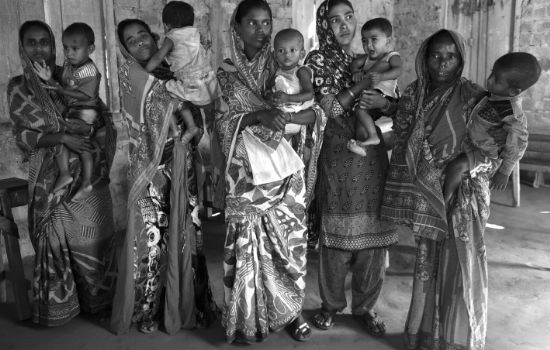 NRC functionality differs from area to area, depending on the quality of training imparted to the staff, equipment provided, etc. According to reports, 1.86 lakh under-five children were admitted in the NRCs in the year of 2017-18, of which 1.17 lakh children were discharged with target weight gain, so there is hope for success along with scope for improvement.

The images we’ve come back with are hard-hitting and indelible to the mind’s eye. The stories that emerged reduced us to tears. We would like to share these experiences with the maximum number of people. It’s now or never. Nothing less than an all-out war on this all-pervasive invisible enemy will do.

( *A Padma Shri award winner, the writer is a Mumbai-based documentary photographer)