Look, learn and get inspired by all those leafy undergrowths that you have so long ignored

The Wonderful World Of Urban Foraging

Foraging is gaining global popularity and within India as well, as something to go beyond organic, as a special culinary experience for those with discerning palates.
Nina Sengupta | Aug 10, 2019 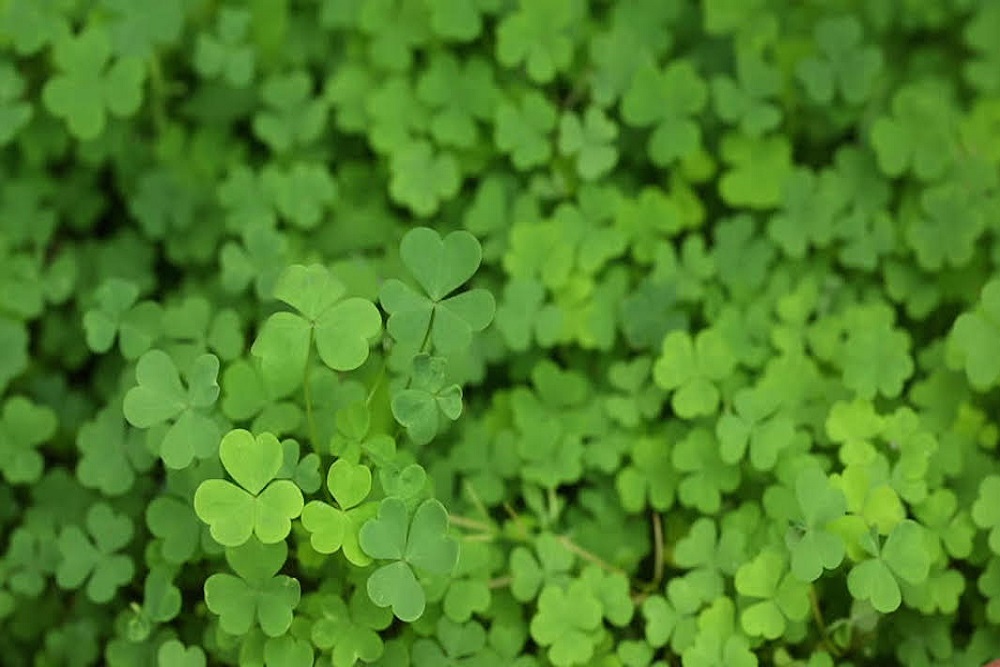 GROWING WILD: Oxalis is a very common edible weed India. It has a lemony taste. Can be a tasty addition to a bowl of salad.

We mostly do not notice them: hardy, often immensely pretty, plants growing on the side-walks, in the gaps between bricks and stones, along ponds, across dry canals. A clump of tiny blue flowers, if you look closely, there are a few white ones close by, next to it clumps of plants almost hugging the ground—all growing together, all distinct and unique.

Most often, unknowingly, they are swept under a general name: weeds. And, mostly, nobody notices that they grow on a variety of soil and moisture conditions, making the best of the situation by utilising and creating a micro-climate. These incredibly nutritious and tenacious weedy plants may hold the key for us to be a practicing forager and be close and connected to nature irrespective of where we live, yes, even in the urban areas. According to a study done by Johns Hopkins University, foraging is on the rise across the USA even in the mega-cities such as Baltimore, New York, or Los Angeles. The trend is no different in India.

Foraging involves searching, wandering, and collecting food on your own from the wild or where it grows naturally—for free. Typically, the items foraged are leafy vegetables, fruits, roots, honey, and other edibles.

According to ecological theory foraging involves two key decisions by the forager: where to forage and what to forage. The ability to forage optimally, based on those decisions, determines their survival and wellbeing.

Up until the last 10,000 years humans too were hunter-gatherers and had to forage for survival. This is until agriculture came into being where increased food production and their storage were possible.

Turn back to the present, we live in an era where industrial or high-input agriculture typically sourced from fossil fuel, is common. Decades ago, alternative agricultural practices such as organic farming started gaining popularity among people who were concerned about the drawbacks of intensive farming. More recently foraging is gaining global popularity and within India as well, as something to go beyond organic as a special culinary experience for those with discerning palates.

The modern-day foragers now are foraging for various reasons, not for survival, but to consciously reconnect with nature. Under that overarching aim, there are several others: such as, to learnto be self-reliant, eat healthy and go beyond organic, to explore money-less economy by gathering and sharing, to experience wild and exotic food, to support and keep alive the knowledge and culture, often that of indigenous peoples that allows, eating uncultivated, un-farmed, naturally-growing food.

With such varied rationale behind foraging, the two key decisions by the foragers that can play an important role are still the key questions: where to forage and what to forage? Foraging in the wild by the local and indigenous peoples is an age-old practice, but if more and more people also forage from the same resource, which anyway are dwindling, can it be earth-friendly? Sometime, such external interest in a culture and practice help revive it, but when it becomes popular question comes, whether it is helping or hurting the ecosystem, to which people are trying to reconnect.

One has to question whether the so-called health benefit from the rock-bee honey, foraged by indigenous people, are worth more than protecting the habitat and the population of the bees that are dwindling? Leaves of certain wild creepers are excellent to use as leaf plates locally, but when the same is harvested in large quantities and exported to make leaf-plates in Germany, for example, is it conserving or depleting? Same goes for exotic wild foods – be it morel mushrooms (guchi) or Mahua. Till what point do they help the people, the culture, the local economy and thenature and at what point they stop doing so? Some experts therefore consider sourcing food and other resources foraged by someone else as oxymoronic.

Then can’t the modern human forage with a clearer conscience, experience and reconnect with nature, and remain earth friendly too? It seems urban foraging and foraging based on herbs and leafy undergrowth that could be naturally growing or garden plants gone wild holds an answer. Adapting to what is here and now is one of the key strategies to combat climate change, while trying to slow and restrict the process of changing. In the natural world, simpler the life forms sooner they can reflect changes. In plants that we encounter every day, perhaps nothing other than these weedy herbs and naturally growing plants, represent the here-and-now better. They may be better adapted to changing climate than the local specialties in the wild, that are much stressed. These weedy herbs also grow with least external input including water, an increasingly scarce resource. Irrespective of whether these plants are indigenous or exotic, traditional or not, our ability to recognise, know, and in time, utilise them, might be critical to help us humans adapt to climate change, eat healthy, and local.

In my colouring book, Edible Weeds and Naturally Growing Plants in Auroville, I have focused on edible qualities (I am a foodie, I am afraid) of a few naturally-growing, mostly non-woody, herbaceous plants that are found across India and the tropics. A few even flourishes in the temperate and cooler climates during the summer months.

The adventurous amongst you may look for the plants, participate in guided walks, learn to recognise them and eventually add them to your culinary adventures.

If you rather just learn to notice, recognise, and appreciate these little wonders, creeping around your feet or climbing the fence near you, that, too, is fine. May be in time you willknow where and when they grow, when they flower, and when best to eat them.

May be, by then, you will also know about their medicinal properties and realise that the herb that your naturopath recommended or the natural supplement you are taking actually comes from some of them.

(Picture caption: Oxalis is a very common edible weed India. It has a lemony taste. Can be a tasty addition to a bowl of salad.)
___

Nina Sengupta is an ecologist. She lives in Auroville and works around the globe as an independent consultant integrating biodiversity conservation and development options. Her work includes program/protocol development, forest, program or policy assessment, Safeguard Policy compliance, etc. She has worked in South and South-east Asia, Africa, Finland and the USA. She is passionate about food forest, food gardening and making life science active and participatory for all. She has published a colouring book for adults, the first in India, on Edible Weeds