Home Story The Woman Who Changed Majawada Village in Rajasthan The Woman Who Changed Majawada Village in Rajasthan

Nisha Choubisa, an ASHA worker from Udaipur, Rajasthan, has played a key role in uplifting the nutrition status of pregnant and lactating women

She is an Accredited Social Health Activist (ASHA) worker. And she works in an obscure village, Majawada, in the Bhinder block of Udaipur, Rajasthan. But she is what India needs now.

Nisha Choubisa has been spreading awareness among pregnant women and lactating mothers about the importance of good nutrition. And, going by the results on the ground, she has succeeded in making them understand that only healthy mothers can beget healthy offsprings.

Majawada, like many villages in India, was not well-equipped in providing care to pregnant women and lactating mothers. It was Choubisa who paved the way for the villagers to educate themselves on this. She also ensured that the beneficiaries would get access to all the necessities they require.

Improving health indicators in the village were a major challenge that Choubisa had to face. “Earlier, lactating mothers did not take issues of health and nutrition too seriously,” she says.
“They neglected their health severely, by not eating milk or curd,” she adds.

Choubisa describes her tough journey, from the time when she could not muster the support of the community, to now, when the times have completely changed for her. “It was initially tough for me. Women would not even let me enter their homes. But now, the whole village stands by me,” she says. 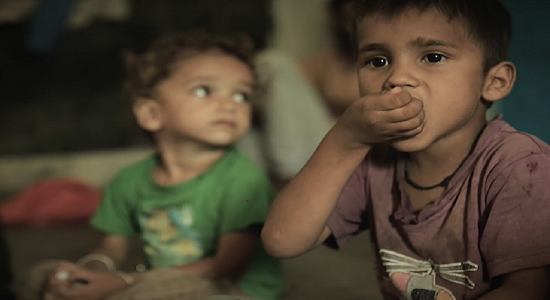 One of the toughest challenges that she conquered, was the low participation of pregnant women during discussions on sensitive issues of women’s reproductive health. She widely used the community platforms to mobilise them and to teach them the importance of antenatal care.

After the first few home visits and counselling sessions, the women started listening to her. Today, all the women across Majawada have adopted better nutrition practices. They also have access to basic healthcare services—thanks to relentless efforts by Choubisa. “Being an ASHA worker, I have done my best. And I wish that all the other ASHA workers in different parts of the country would also do the same," she says.

"I wish to see more and more positive changes among poor women. I want to see them empowered,” Choubisa announces, as she accepts the Outlook Poshan Awards 2019 for her outstanding contribution to the field of nutrition and healthcare at the grassroots.