Home Story The Triple Deficit Of Our Demographic Dividend

The Triple Deficit Of Our Demographic Dividend

Some thoughts on how to deal with the dietary, information and market deficits which cripple the demographic advantage
Veena S Rao and Dr Rajan Sankar | Nov 17, 2020 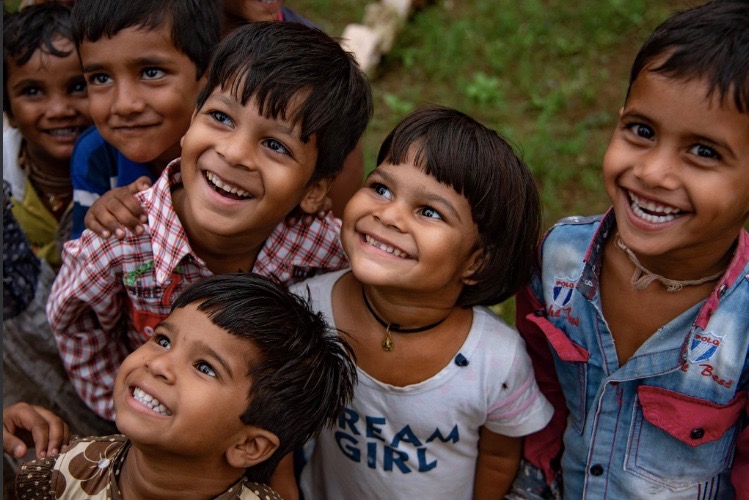 India is proud of its demographic dividend. At least 67.3% of our population is between 15-59 years of age, a demographic advantage that will continue for at least another three decades. This we believe is a great powerhouse for economic growth and our aspirations of becoming a world power.

Also Read| The Sweet, Deadly Side Of An Airline Breakfast

Let us take a look at what sort of a powerhouse our present and future demographic dividend is. Findings from a succession of reports during this decade- NNMB 3rd Repeat Survey (2012), NFHS 4, 2015-16, NNMB Technical Report Number 27, 2017, continuously record that at least 40% of our population of all age groups has a huge dietary deficit, covering protein, calories and micronutrients, as compared with Recommended Dietary Allowance (RDA) for Indians.

The situation among children below 6 years, our future demographic dividend, is even worse. Stunting, wasting and anemia rates are high and a mere 14.3% infants below two years receive adequate diet necessary for proper physical and cognitive growth, meaning thereby that 85.7% children in India will never achieve their complete physical and cognitive potential, will have lower immunity, higher infections, and permanent stunting. Scientific evidence establishes that inadequate nutrition among infants below three years, which is a period of rapid growth of their brain cells, can result in slower and lesser development of cognitive ability.

The late Professor RW Fogel, Nobel laureate has explained the consequences of dietary deficit in the simplest and most lucid manner in his Paper, The Conquest of High Mortality and Hunger in Europe and America, 1990, “The first law of Thermodynamics applies as strictly to the human engine as to mechanical engines. Since, the overwhelming share of calories consumed among malnourished populations is required for BMR and essential maintenance, it is quite clear that in energy poor populations such as those of Europe during the second half of eighteenth century, the typical individual in the labour force had relatively small amounts of energy available for work.” This logic of 18th century Europe very aptly applies to the energy situation of our work force in India today.

This Dietary Deficit is compounded by an Information Deficit at household level, especially among the lower income families about what are balanced diets, why they are important, and how to have the most balanced diet within their family budgets. Every village in India has valuable and affordable greens, vegetables and local fruits, but they do not form part of the diets of the agricultural or construction labour. Apart from poverty and ignorance, their diets, which normally consist of watery dal and roti/rice in the morning, and the same in the evening, are also rigidly governed by custom, generational tradition and taboos.

Finally, we have an inequitable Market Deficit for affordable, fortified energy food which can be consumed by children, adolescents and adults in lower income families to bridge their dietary deficit. While the market has stacks of expensive fortified energy food and beverages for higher income groups, there is nothing affordable for low-income groups except junk kurkuras and chips costing Rs 5. It is perfectly possible to produce a low-cost nutritive fortified energy food for children within Rs 5 from wheat, defatted soya, green gram, and ragi malt, providing around 380 calories from 25 grammes. A Feasibility Study conducted through KPMG in 2018 under the Karnataka Multi-sectoral Nutrition Pilot Projects, calculates a market demand of 42 million tons of low-cost energy food per year, but strangely, no private entrepreneurs want to enter this field[1]. One can only conclude that there is a quiet understanding between multinationals monopolizing this market and our F&B sector, that this market vacuum for affordable energy food will not be disturbed and protein imperialism will continue. This, in spite of the firm finding in the Feasibility Study that there is a direct correlation between high incidence of low weight, stunting and wasting among children; low body mass index and stunting among adolescents, and lack of low-cost fortified energy food in the market.

So how does India overcome this triple deficit to create a smart demographic dividend? First and foremost, by acknowledging the problem, and including it in the public policy domain, as an unaddressed goalpost for development. So far this has not happened, either in the Niti Aayog, or the Poshan Abhiyaan, though the New Education Policy 2020, devotes some space to it.

Only after acknowledging the problem, and throwing it open into public debate, will the best innovative solutions emerge to overcome the triple deficit - of reform and improved coverage by ICDS, new outcome oriented interventions by our vast pool of women power through SHG groups and Panchayats, who can be trained to work as village volunteers for spreading awareness and information, or even starting energy food production units under existing livelihood programmes, if our F&B sector continues to be inequitable. Finally, the mindset of policy makers and programmers, down to field workers and families that subsistence diet equals food/nutrition security, must change.

Raising the diet of the people from subsistence level to a higher level of nourishment and overcoming the triple deficit is the only way that the health, education, skills, employability and earning capacity of our demographic dividend can improve. They are our greatest asset for building the new India, expanding our economy, raising our GDP, and becoming the world power that we aspire to be. We have started the process of creating smart cities and villages. We must now create our greatest asset - the smart demographic dividend.