The Nutrition Warrior At Home

As the CEO of the household, a woman is in charge of her family’s food and health. With a little bit of education, she can bring about a nutrition revolution at home
Upasana Singh | Nov 25, 2019 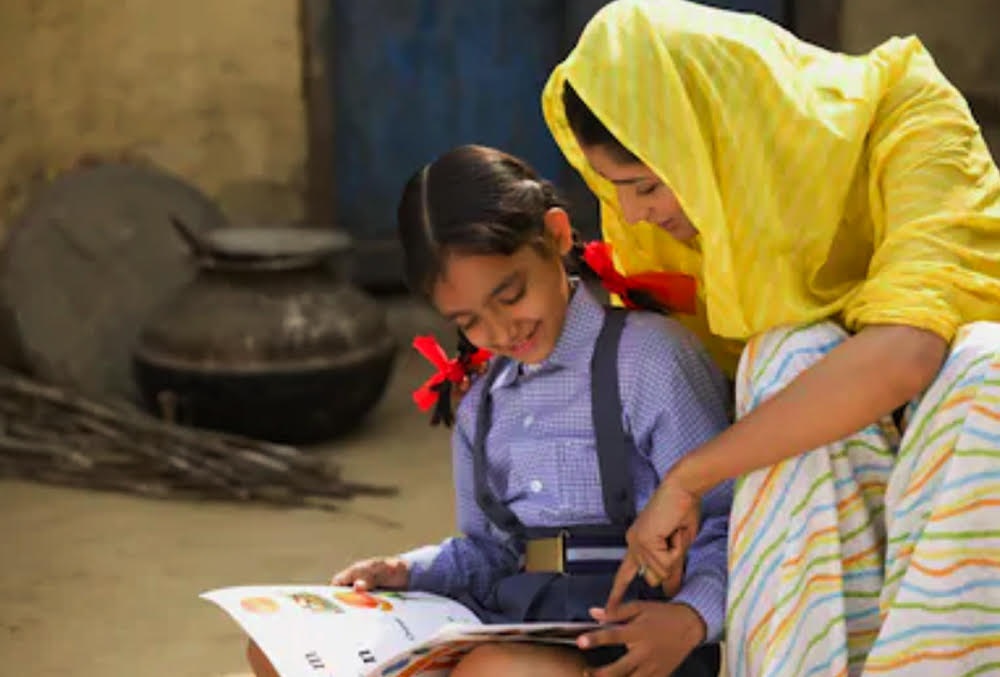 “My daughter was born at home without any nursing aid and she was very weak,” recalled Komal, who worked as a domestic help in many houses from early morning until late in the evening. She didn’t realise that her child was severely malnourished, until our NGO members met her and explained how to take proper care of her child’s food, nutrition and health. She realised the significance of a diverse diet in our everyday menu and why including vegetables in the meal is crucial. The good news was, after getting educated on nutrition, her family’s food intake habit changed. She followed a more balanced daily meal plan and her daughter‘s health started improving steadily.

This is a testimony to the fact that nutrition awareness and education among women can make them better “nutrition warriors,” as they are the in-charge of the kitchen and can execute the knowledge about nutrition while preparing the food daily for their family. Balanced food and nutrient intake among women can prevent many diseases. It is very important to educate women about nutrition as they can share their nutrition knowledge and experience with other women with ease which can continue as a never-ending chain of knowledge sharing which is a key to a Healthy Nation. Experts say that deficiency of nutrition can set the entire population of a country on an unproductive spiral. Nutrition is all the more important for pregnant women and nursing mothers. It is a well-known fact that if a woman doesn't eat nutritional diet during pregnancy or lactation, the child can be underweight and prone to many illnesses as such. India is known for the high rate of malnutrition and infant mortality chiefly because of existing poverty, food insecurity, lack of food diversity as well as obliviousness about nutrition concept.

Awareness about nutrition is the antidote of this problem that’s why we organise nutrition awareness programs in villages with women using participatory learning and action approach using tools such as pictorial charts, picture cards, stories and role-plays. Street plays and other entertaining informative activities in their own dialect spreads the message more easily and profoundly with a perpetual memory. These nutrition awareness programs prove very successful as communication of complete information on nutrition and mitigation of their concerns reduce the gap between knowledge, attitude and behaviours.We can say from our experience that a participatory approach through interpersonal communication mode motivates women feel empowered to think,rationalise,participate and express their understandings and concerns which help out reach programme to gain good health. This approach will surely help in changing the way communication programmes are
conceived and designed in a more familiar language of their own community.

To achieve desirable results we must focus on finding out new techniques of how women can be motivated by addressing their concerns and by introducing alternative nutritional diets in their daily food practice. With their enhanced knowledge on nutrition-related issues including dietary diversity, food groups, preparation of nutritious meal and cultivation of nutritionally rich crops, they orient others on identifying health and nutrition problems among themselves and their family and find out remedies to tackle them.

Rural women in India share considerable responsibility and perform a wide spectrum of duties in running the household like feeding, taking care of cattle, attending farm labour, rearing etc., often neglecting their own food intake and they usually suffer from anaemia and other under nourishment ailments which ultimately affects how the whole family functions as they are the backbone of the family. For many working women cooking a wholesome meal is not feasible so often they give a readymade snack to their children, but when they gain knowledge about the nutrition value of the food then they prepare homemade food for their children.

Observations in recent years have shown that women's awareness and education increases participation in opinions within and outside the family.
“India ranks 102 in hunger index and is behind its neighbours Nepal, Bangladesh and Pakistan” according to Global Hunger Index 2019. The report prepared jointly by German Organization Welt Hunger Hilfe and Irish aid agency Concern Worldwide not only ranked India 102 of 117 countries but also pointed out the pinching situation. India was ranked 103 out of 119 countries in 2018 which was better in 2000 when it was ranked 83 out of 113 countries. These reports show that despite all the awareness and preventive campaigns run by the government, severe and acute malnutrition is rising which is leading towards Acute Malnutrition. Malnutrition is not related to the availability of food solely, it is also related to numerous other non-food interventions such as sanitation, clean drinking water, hygiene, health etc. To tackle this grim problem and find out the solution many governments and non-government surveys and researches are going on. Recent findings of one such survey bring the ray of hope in this direction.

The first pan-India survey on nutrition levels among children, released recently by the Union Health Ministry, showed a direct correlation between the health of children and their mother’s education. And that children of educated mothers are likely to receive more nutritious diets which give them good health. The Comprehensive National Nutrition Survey studied 1.2 lakh children between 2016 and 2018. This study shows that with higher levels of education in a mother, children received good health and better nourishment. Children of uneducated mothers were more exposed to stunting, wasting, anaemia and low weight as compared to those who studied till class XII. The findings of this survey show that ”Only 11.4% of children of mothers with no schooling received adequately diverse meals, while 31.8% whose mothers finished schooling got minimum acceptable diets, only 3.9% of children whose mothers had zero schoolings got such a diet.”Many research studies
have proved that investing in women's education has achieved the desired goals within a short stretch. Educated women can emerge as an agent of change . It is a fact that when girls are educated, their countries become stronger and more prosperous.

It is very important to educate women about nutrition and good health as they have the potential of being a better nutrition warrior in comparison to men. Shahnaz, mother of six undernourished children, of a village in Greater Noida, after attending nutrition awareness programme says,” Today, I have the knowledge and information about better nutrition and balanced diet only because nutrition awareness programmes organised by NGOs in my village.” She now knows that In most cases, poverty is not the main reason behind malnourishment but bad food habits and ignorance. “We don't need expensive food items to gain good health,” she adds. Hygiene and simple home-cooked food prepared with vigilance and knowledge is the key to good health. Now it has become her mission to share and spread her experience and knowledge with others and create awareness about the significance of nutrition and good health. As she says, “Awareness is more important to me now than money. It has enabled me to understand the difference between right and wrong.”

Dr Upasana Singh is a historian, social worker and environmentalist