Home Story 'The Impact On Nutrition Will Be Huge' 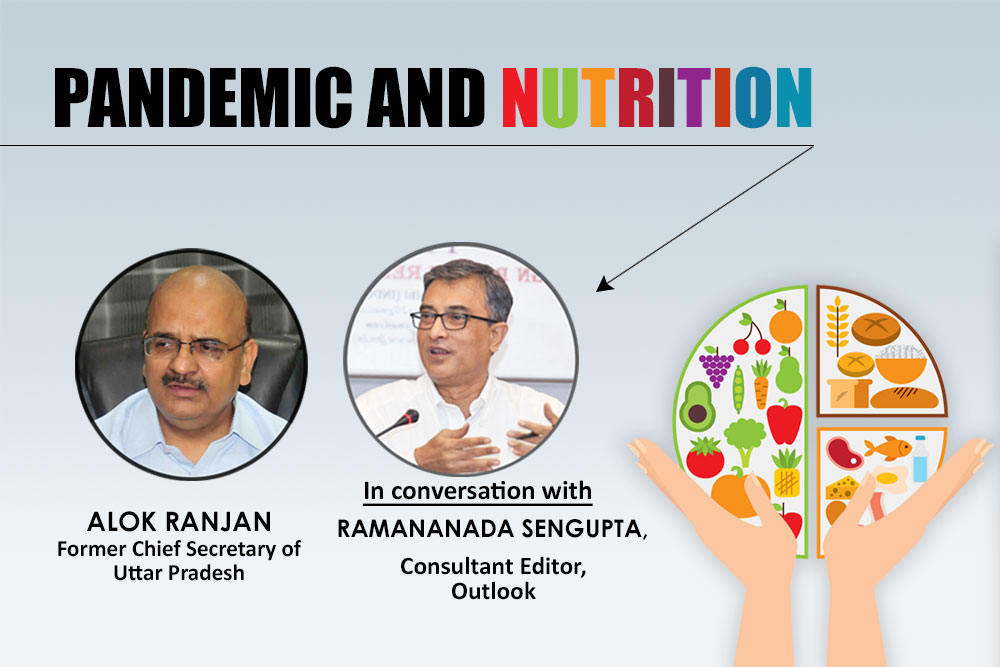 'The Impact On Nutrition Will Be Huge'

Former Chief Secretary of Uttar Pradesh Alok Ranjan believes the pandemic-induced lockdowns will lead to a major spike in malnutrition and other nutrition related ailments.

Alok Ranjan wears many hats. After almost four decades in public service, almost half of them in Uttar Pradesh, the 1978 batch IAS officer retired as chief secretary, the seniormost bureaucrat in the state. But reluctant to let such an able administrator go, the government appointed him as chief adviser to the chief minister for nine months.
Today, The St Stephen's Delhi and IIM Ahmedabad alumnus is the chairman of diverse bodies like the Indo-Latin Chamber of Commerce and the Policy Think Tank, to name just a few. He is also the author of two books, a public speaker and consultant to various organisations. As if all this wasn't enough, he is also a nutrition champion, something that he been passionate about since his days as a bureaucrat. In a wide ranging interview, he explains how the pandemic is likely to impact several government initiatives adversely, and steps that can be taken to bring things back on track.