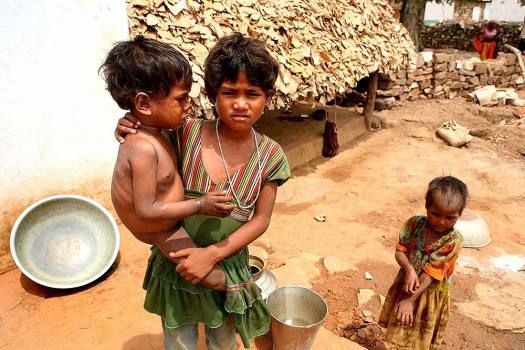 Nutrition deficiency in the first two years leads to the risk of developing chronic diseases later in life. Here are some measures to avoid that.

Child malnutrition is on the rise in almost all Indian states. As crucial is targeting the under-two population for reducing the burden of overall malnutrition and child mortality, community and policy effort behind making infant and young child feeding (IYCF) practices more effective cannot just positively impact India's public nutrition indicators, but also eliminate child stunting from social groups where poor nutrition stems from lack of knowledge. Nutrition-based interventions for the mother-child dyad within the first thousand days of a child's life, must weigh feeding practices equally with food constituents given to the child.

Nutrition in the first year of life must focus on the 'why', 'how', and 'when' to feed a child, with early initiation of breastfeeding within one hour of birth, exclusive breastfeeding for six months, and introduction of age appropriate, energy and nutrient-dense semi-solid complementary feeding after six months being among important early feeding practices.

The child should be fed in accordance with their cues for appetite, to avoid under- or over-feeding. These are spelt out in the Government of India's national guidelines for infant and young child feeding. A similar policy guideline, however, is still missing for maternal nutrition, pre-conception and pregnancy nutrition and care, as mothers' health has a direct impact on the child's 1000-day window of opportunity.

Another key effective IYCF practice is that of dietary diversity and including at least four food groups out of seven, which helps in delivering the necessary energy and micronutrients requires for growth and activity.

Effective child feeding practices can ensure a good start to life. During infancy, adequate and appropriate nutrition and care can play a key role in healthy brain development, which has long-term implications on school performance and productivity, later on.

Nutrition deficiency in the first two years of life also ups the risk of developing chronic non-communicable diseases later in life. For young mothers, recognising when and how much water could be given to the child, is important, as it can fill up a child and leave less room for a nutritious diet. According to the World Health Organization, only about 44 per cent of infants aged 0-6 months worldwide were exclusively breastfed over the period of 2015-2020.

According to the recent fifth National Family Health Survey (NHFS-5) data, the progressive states of Kerala, Goa and Himachal Pradesh -- which fare well on other indicators related to the mother and household -- have registered an increase of at least three percent in child stunting from 2016. In contrast, the data also found that now more women in all 22 states own phones and more women aged 15-49 years have bank accounts in their names -- reflecting changed social priorities of women that possibly take away maternal focus from children's nutritional care.

Research has also previously shown that a portion of daily spends by Indian mothers is often diverted to buyable snacks with high salt and sugar content, as opposed to nutritionally-enriching food items. Almost a quarter of children in the high wealth index are stunted, a public health problem that is caused more by knowledge than that of resources.

The frontline health workers under two public health delivery systems, home-based newborn care and home-based young child care, must intensify home-level visits and counselling, including counselling on the transition to a mix of breastfeeding and complementary feeding after the first six months. If the household adopts health-promoting attitudes and behaviours early on through targeted counselling, it also eases the care burden of the health workers for the next few years.

There is also a strong need for the Anganwadi and ASHAs (Accredited Social Health Activists) to co-ordinate and converge their field efforts for a clearer focus on young children under two. A renewed community introduction on effective child feeding practices can go a long way in children's optimal feeding and consequently, lifelong health and development.

(The writer is the founder-director of the Public Health Nutrition and Development Centre, New Delhi)