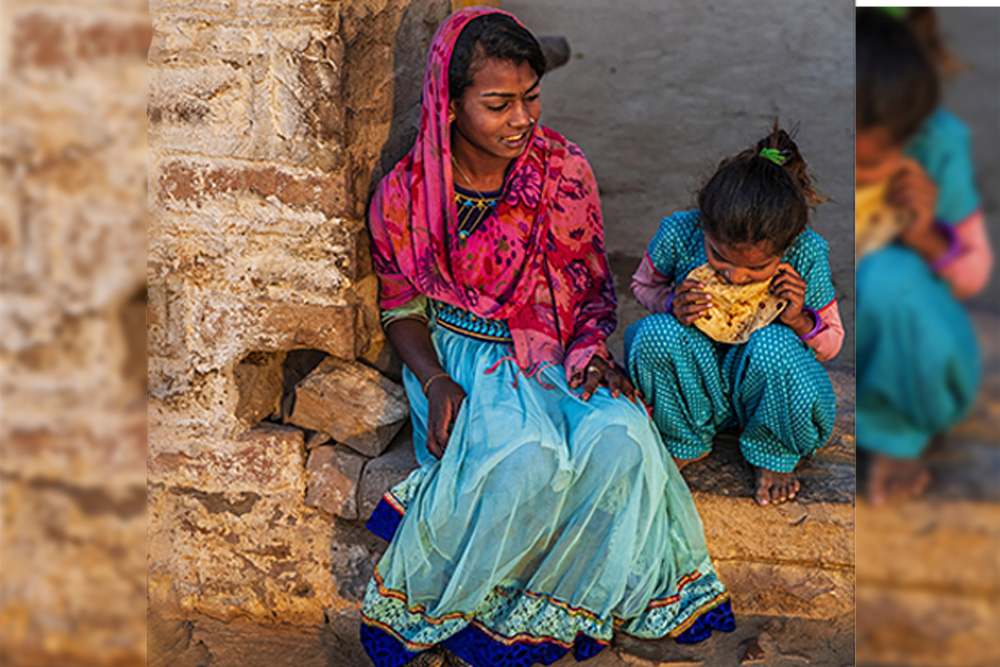 India Suffers Because Women Eat The Last And The Least

When it comes to food, there is a stark difference between men and women in the same household. Women end up eating the last and the least. The much-needed nutrition revolution can come about only if India takes up women’s nutrition as an agenda

Typically, men rule the roost while women rule the roast. With women coming out of the home into the workspace in India since the 1950s, that balance has been shifting. But even today, in most households, women are still in charge of the kitchen. And, so of the family nutrition.

Starting from keeping a track of the pantry-stock to planning the daily menu to filling up the dishes—it’s the woman whose decision matters the most. But when it comes to the intake of proper diet, there is a stark difference between men and women of the same household: women end up eating the last and the least. Decades of undernutrition in Indian women, due to lack of access or awareness, haunt us today.

With every second woman anaemic, every third woman with low body mass index (BMI) and every fourth child born with low birth weight, the malnutrition situation in India is staggering. While India was one of the first nations to identify high malnutrition in children and introduced the Integrated Child Development Scheme (ICDS) in 1975, followed by many policies and schemes, women’s nutrition continues to be a grey area till today.

Why women?
Many studies and researches have conclusively proven that healthier women are more likely to give birth to healthy babies with high cognitive abilities, who are more likely to grow into healthy and productive adults. The burden of women’s chronic undernutrition across generations, is shifting the global scientific focus on women’s food habits, now seen as the key to breaking the vicious cycle.

The status of women’s health and nutrition is central to the quality of their lives. It is also the key determinant to the survival of a country’s future generations. The implications of direct nutrition interventions on women's nutrition status, child-birth outcome and stunting rates in children are indisputable today. And such interventions have to start from adolescence. Healthy diet and access to health services are crucial for addressing multiple micronutrient deficiencies that bring on poor health and diseases.

Toxic masculinity
But is it just diet and nutrition? Researchers are taking a look at social indices to figure out their impact on women’s nutrition and health. Despite social progress, women largely continue to navigate through systems that are defined by masculinity. Class and caste hierarchies further sharpen the patriarchal grip, making it difficult for women to escape discrimination.

Girls are often viewed as a transit element and nurtured to become eligible for wifehood and motherhood, restricting their access to education and livelihood opportunities. Numerous studies have established strong correlations between female education and reduction in undernutrition amongst pre-school children. Progress on the challenges from lack of education can lead to reduced malnutrition. Substantial differences, however, are seen in urban and rural settings.

Early marriage
Early marriage and teenage pregnancy is still a threat, especially for women living in rural areas. Over 47 per cent girls are married off before age 18, and most of them become mothers at a very young age, shows a 2007 report by the Indian Institute of Population Sciences. Undernutrition, coupled with pregnancy in adolescent years, has serious consequences on the overall health, nutrition status and mental health of young girls.

Violence on women
Recent researchers are opening up new angles on how violence against women can shift the entire trajectory of growth: how mental or physical violence affect the mental health of mothers and in turn affect their physical health and nutrition, prenatal care, foetal growth, pregnancy and child-birth outcomes. Children of maltreated mothers end up malnourished.

Kindle a spark
In recent years, political discourse about the challenge of under-nutrition has increased substantially at national and international levels. In India, this has accelerated the launch of the long-standing POSHAN Abhiyaan (National Nutrition Mission) in 2018, with a vision to address malnutrition, with improved data collection, monitoring and evaluation mechanisms. Malnutrition has secured its place in the 2019 Lok Sabha elections manifesto of several political parties—a reflection of popular demand and political will.

Women’s empowerment is the priority of the national government and multiple initiatives have been introduced to improve their participation in education, social and livelihood sectors. Ticket to livelihood opportunities and economic freedom has been identified as a proven tool of progress, and the key to gender equity and overall wellbeing of the family.

Together we stand
The National Rural Livelihoods Mission (NRLM) of 2011, reportedly world’s largest poverty alleviation programme, is working to mobilise rural marginalised women into self-managed self-help groups (SHG) at the grassroots level. Since inception, SHGs have come a long way to prove that they not just empower women with access to resources within the households, but also work as a vehicle to deliver effective behaviour change around health and nutrition.

Programmes like JEEViKA in Bihar, Kudumashree in Kerala and Swabhimaan in Bihar, Chhattisgarh and Odisha hold glaring examples of successful layering of nutrition interventions through the SHG platforms. With the expanding scope, it is important to tap the estimated 54,94,554 functional SHGs in the country. Successful interventions need to be scaled up to reach out to marginalised women in need of information, awareness and support for a sustained behaviour change.

An estimated 61.5 per cent of Indian population is dependent on agriculture (Census, 2011). According to 2018 OXFAM data, agriculture sector employs 80 per cent of economically active women in India and they comprise 33 per cent of the agriculture labour force. Such platforms provide a unique opportunity to continuously pump in messages around nutrition rich food, cropping patters, dietary diversity, kitchen gardening and so on.

The control over farmland would allow women to take right decisions around the nutrition requirement of families, consumption pattern and would help them in addressing the gaps. Agricultural policies that have historically targeted men, need to be altered, to target women and let them flourish in with improved access to key assets—information, resources, markets, and decision-making.

Constitutional promise
The constitutional promise of reserving one-third of posts of chairpersons for women needs to be delivered. The right information and training of women can bring upfront programmes related to women’s and family nutrition. With an estimated number of 2,55,529 panchayat raj institutions, the country has a huge scope to convert a large number of women panchayat members into “Nutrition Change Leaders”.

India needs to strategically utilise the large cohorts of women’s collectives, to transform women into “good nutrition” practitioners. Here’s hoping, India will manage to put the women’s nutrition agenda into an auto-pilot mode. And allow those who hold up half the nation’s sky to bring about much-needed change.