Home Story The Family Health Survey And Some Food For Thought 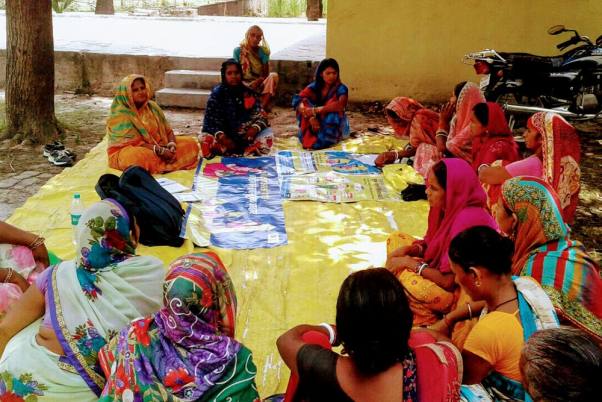 The Family Health Survey And Some Food For Thought

Can our policymakers revisit and redesign the government nutrition programmes to obtain results?

The first Phase of NFHS 5 released on December 12, 2020 has a reference period of 2019-20 and covers 17 States and 5 Union Territories. The introduction to each of the State Surveys contains a caveat – that readers should be cautious while interpreting and comparing the trends as some State/UTs may have smaller sample size. Further details regarding this are not available and the criteria for the sample size selected for each State, which does not seem to suggest a correlation with the total population of the States is not forthcoming. Nor is it clear whether the sample is representative of all the economic regions of the State.

Yes, stunting among children below 5 years has indeed increased drastically in several States, including the more progressive ones, such as, Kerala and Goa and in some of the traditionally better nourished North East States, particularly Meghalaya, Nagaland and Tripura. But Manipur and Sikkim have shown a dramatic decline- from 28.9% to 23.4% in Manipur and 29.6% to 22.3% in Sikkim. Even Bihar, a difficult State has shown remarkable improvement in reducing stunting from 48.3% to 42.9% (with rural data better than the urban data) , and Assam too has shown slight improvement. In most other States, except for Telangana, where stunting has increased from 28% to 33.10%, the position appears to be more or less static, with a one percent change this way or that.

As far as under-weight is concerned, except for improvement in Karnataka, Meghalaya, Sikkim, in other States the percentages have either have either increased or plateaued.

Drastic increase in these parameters, especially stunting and wasting of children is an extremely serious issue, both epidemiologically and socially, and it would be important to enquire into the causes and take preventive measures immediately.

It would also be useful to study whether reduction in stunting is on account of children gaining better height steadily, and then transitioning into the normal/underweight category - or whether it is on account of stunted children losing weight and then slipping into the wasted category. This would provide important information regarding the real trends between stunting, and wasting.

However, the good news is that immunization rates have gone up uniformly in all States and there has been significant decrease in the infant, child, and neonatal mortality rates. So too, the BMI of women and men between 15 to 49 years has improved substantially.

One worrisome issue that we have not yet been able to grapple with is anemia, which continues to remain high and in many states has increased among children (6-59 months), among mothers, and among women and men from 15 to 49 years. Anemia in children, adolescents, women and adults has serious repercussions on cognitive and physical growth, learning ability, physical activity, and working and earning capacity, in short upon the quality of our human resources.

Also Read| What Covid-19 Taught Us About Mothers And Children

Another extremely disturbing indicator is that the percentage of infants below 24 months receiving adequate diet remains below 20% in most States, with only Kerala, Meghalaya, Ladakh, West Bengal, Sikkim and Goa having 20-30% children receiving adequate diets, while Gujarat has only 5.9% infants receiving adequate diet. Not surprising, as coverage of the ICDS supplementary nutrition component is decreasing, and there is no affordable complementary food available in the market. Unless this deficit is addressed, the hard core of our underweight, stunted and wasted children will remain untouched.

A distinct urban rural divide is clearly visible in the data with almost all the indicators being much worse in rural areas as compared with urban areas. There could be several reasons for this- poverty, unemployment or perhaps because of the economic impact of demonetization, which was more severe on rural communities. The survey years are important, as they follow two consecutive years of the impact of demonetization on employment, wages and expenditures especially on the rural poor. This issue of course requires much more research.

The initial data already presents us with a lot to think about. Primarily, the experts, practitioners, and most importantly, policy makers, need to ask themselves whether they are satisfied with the structuring of the inter-sectoral interventions which are now agreed upon as the only way to address this silent, hidden malady which does not directly kill, is not infectious, and has no extraordinary symptoms except of chronic fatigue and lesser cognitive and physical growth?

The government has identified High Burden Districts and Aspirational Districts which have the poorest development indicators, poorest delivery systems, and the lowest per capita incomes. They remain pockets of chronic poverty and malnutrition and clearly, additional interventions within national programmes either through the governmental or non-governmental sectors are urgently required, if we sincerely want to target these chronic pockets, which have long been identified. Can the policy makers take a relook and redesign the government nutrition programmes (ICDS and Midday Meal Programme), so as to articulate the new priorities, structure new interventions, and obtain results?