Home Story The Bitter Side Of Sweet Drinks 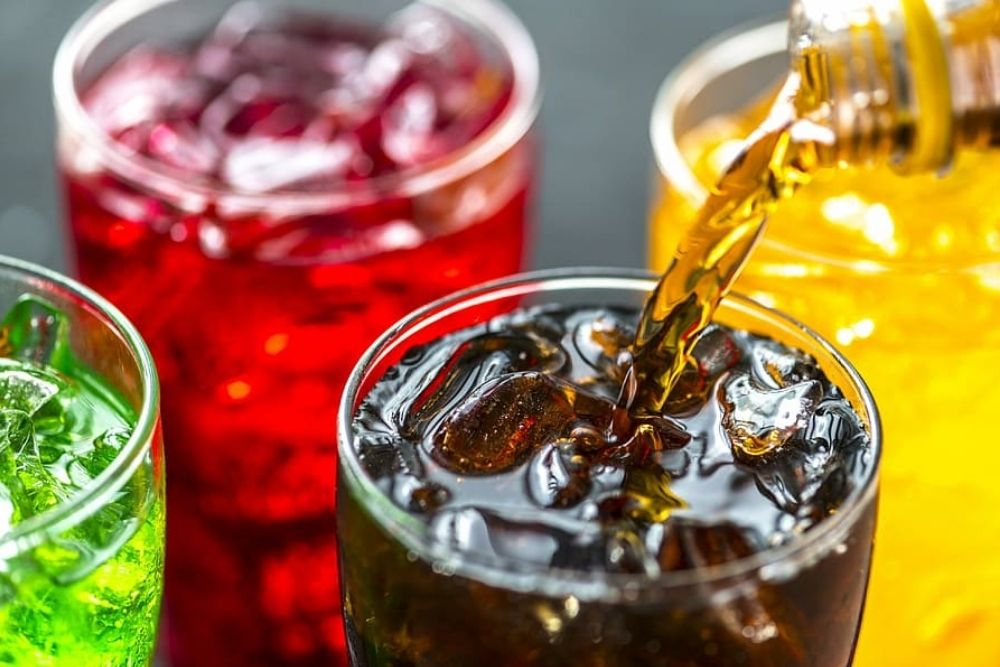 The Bitter Side Of Sweet Drinks

Satyendra Garg on why he quit having soft drinks, and why you should too.

I remember it was March, 2018. We had gone to Holi Milan function at BSF officers’ mess at Nizamuddin, New Delhi. In between the poetry recitation, I had an urge to have something to drink. I told my wife that I was going to have a cold drink and whether she wanted to come along or wanted me to bring a drink for her. She gave me a stare and asked how can I even think of having a soft drink. She explained that soft drinks are nothing but added sugar and can be harmful.

Also Read| The Sweet, Deadly Side Of An Airline Breakfast

I had no idea that soft drinks are harmful in any way. I used to have an occasional drink of popular soft drink brands as it was tasty and sweet. Despite her suggestion to the contrary, I went ahead and had a glass of soda and enjoyed it. It turned out to be the last soft drink I had in my life and there seems no possibility that I will have another soft drink ever. Her words that soft drinks are nothing but added sugar remained with me. When I got into reading on nutrition, I discovered that sugar sweetened beverages are the most harmful way of consumption of added sugars.

One of the most important readings on the topic of sugar has been the book “Pure, White and Deadly” which made profound statements of wisdom which I had never been aware of. The book written way back in 1972 by John Yudkin, a British nutrition expert, said that there is no physiological requirement for sugar for human beings. All human nutritional requirements can be met even without consumption of a single spoon of white or brown or any type of sugar in any food or drink. It added that if only a fraction of what is known as the harmful effects of consumption of sugar were to be known for any other food additive, it would be promptly banned. The book enumerates in detail the harm caused by sugar to the liver, kidneys, heart and many other organs.

This book made me read further on the issue of sugar consumption. It has turned out that indeed there is no nutrition value in sugar and there is no physiological requirement of sugar in our food. On the contrary, 50% of sugar consists of fructose which is extremely harmful to our health.

As this is generally not known to people, let me explain it a bit. Sugar consists of two molecules namely of glucose and fructose in equal measure. While glucose can be used by every cell in the body and is the preferred energy source for some organs including the brain, only 20% of it reaches the liver which converts it to glycogen as a reserve of energy. This reserve energy gives us sustenance when we are not eating.

On the contrary, the entire fructose in sugar hits the liver and overwhelms it. As it happens, fructose cannot be used by any other organ of the human body and only the liver can metabolise it. For those who do not know, the liver of an average person of 70 to 80 kilograms will weigh somewhere around 1.5 to 2 kilograms. In simple calculation, while the entire body of say 80 kilograms metabolises glucose in sugar, this small liver of, say 1.5 kilogram has to metabolise the equivalent fructose in the sugar.

One can understand the terrible extra work fructose in sugar creates for the liver. While fructose in solid food including fruits takes time to reach the liver, in sugar sweetened beverages it reaches the liver in virtually no time and overwhelms it. Livers of human beings are not made to handle so much of fructose reaching it in so large quantities. Because of the sheer dimensions, the liver converts the entire fructose, not in glycogen which is reserve energy but in fat which either remains in the liver or is exported out mostly as visceral fat in and around other important organs like pancreas and heart. The fat which remains in the liver causes non-alcoholic fatty liver, non-alcoholic steatohepatitis diseases and liver cirrhosis. The exported fat reaches the pancreas or heart and causes insulin resistance, diabetes and heart disease.

Also Read| Diabetic? Here's A Diet For You

Scientific studies have shown that consumption of one 12 ounce can of soda every day can increase your risk of dying from heart disease by more than 33 percent. Other studies show that people who drink one to two sugar sweetened beverages per day have a 26 percent higher risk of developing diabetes compared to people who drink less than one per month.

One more disadvantage of consumption of sugar sweetened beverages is that consumption of these drinks do not give satisfaction of having so many calories as we have in consumption of food in other forms without sugar. Consequently it is easy to consume 38 grams of added sugar in a single soft drink, twice as many as in an apple and not notice. This leads to more consumption of calories and the consequent weight gain and its consequences.

The consequences of excess consumption of sugar are known to the world now in the form of burgeoning obesity, epidemic of non-alcoholic fatty liver, non-alcoholic steatohepatitis diseases, liver cirrhosis, epidemic of diabetes and diseases of heart and pancreas.

This is high time that we understand the harmful consequences of excess sugar and more so in the form of sugar sweetened beverages and do favour to ourselves by keeping us healthy and not get lifestyle diseases which make our life burdensome and painful.