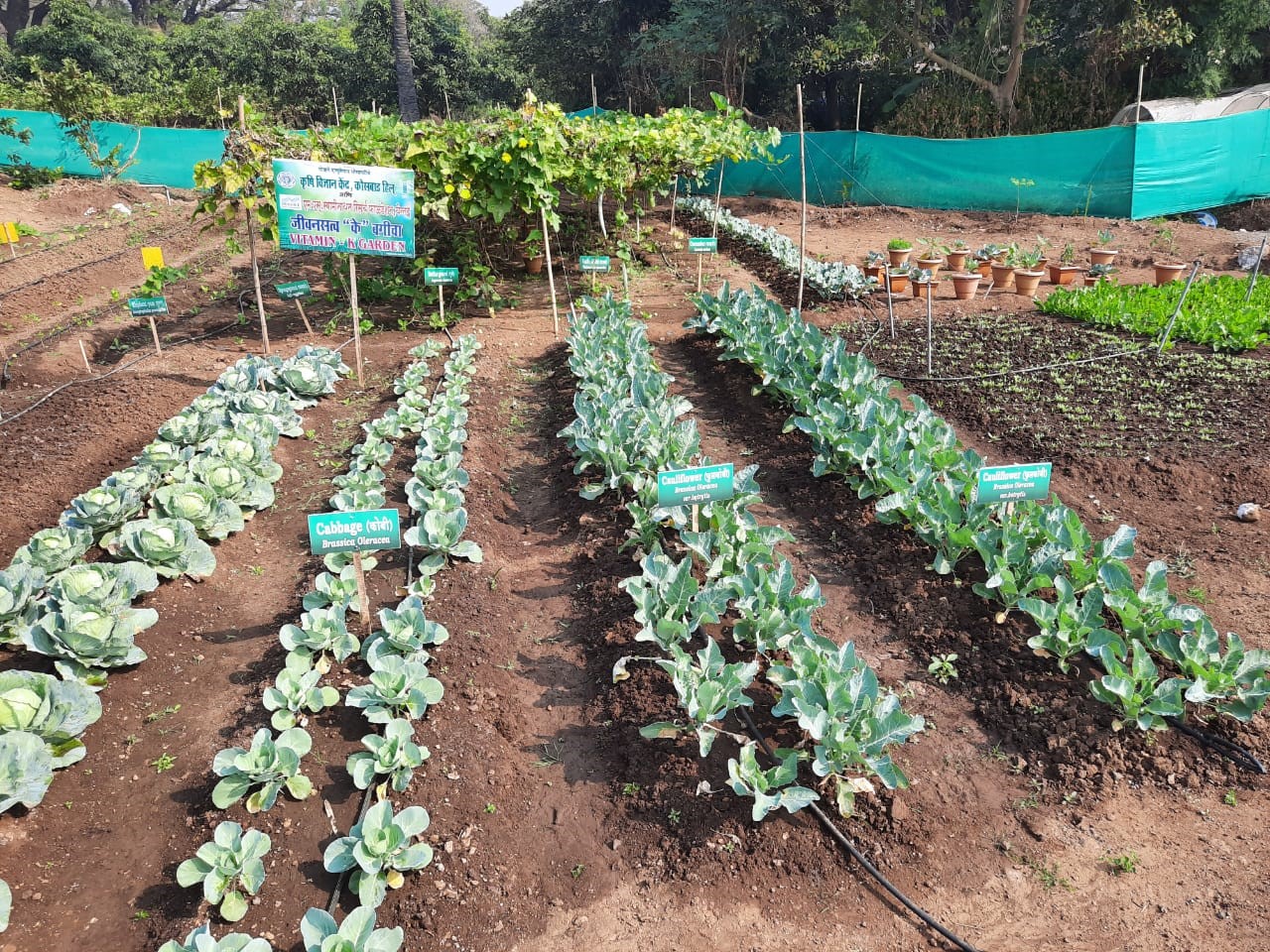 Strengthening A Nutrition Sensitive Approach In Agriculture In India

The urban and rural population in India still faces nutrition linked health concerns due to a non-balanced diet. Let's take a look at how various public-private initiatives has helped in meeting the nutritional challenges.

Once covered with dense forests, this mineral rich district has been facing rapid deforestation as also the wrath of climate change, deeply impacting the tribal farmers’ traditional agricultural methods. Declining crop yield in paddy, that requires a lot of water for cultivation, is also an offshoot of these evolving critical phenomenon in this rainfed district.

The MSSRF Model aims at building the capacity of women farmers through self-help groups (SHGs) to cultivate fruits, vegetables in their backyards on a pilot scale. This is a structured garden with multiple crops to enhance food and nutritional security of the family. The crops range from leafy vegetables to fruits and spices grown in the organic mode.

The Annadata Model’s sustained interventions, especially through participatory communication, have led to a positive change in the consumption patterns. The daily diet has now been balanced in terms of vegetables, fruits and in addition pulses, that are rich in a wide range of nutrients including minerals and vitamins. More significantly, this approach has taken care of nutritional security of the families for the entire year.

As per the National Family Health Survey-4 (NFHS-4) about 35.6 % of our children below the age of five are under weight (too thin for their age), 38.4 % are stunted (too short for their age), 21% are wasted (too thin for their height, age). Further about 8% are acutely malnourished (hidden hunger occurring on account of deficiencies of micro-nutrients such as vitamins or minerals). The data also indicates that almost half of the population is anemic and at the same time 20% and 18% of the population is overweight and obese (excess of macro-nutrients-calorie in particular) respectively.

The country’s national nutrition strategy includes programs such as the Integrated Child Development Services (ICDS) that focuses on children and nursing mothers. The Government of India also runs the Midday Meal Program (MDM) for providing fresh cooked meals in schools. Besides, there is the provision of affordable nutritious food as a legal entitlement for the vulnerable and poorest.

The Report of the Committee on Doubling Farmers Income (DFI), 2017 observes that the urban and rural population in India is still facing nutrition linked health concerns (e.g., due to non-balanced diet) despite the fact that the country produces large quantities of high nutrition foods such as cereals, pulses, fruits, vegetables, milk, meat and eggs.

The plate, it adds, impacts the demand of inputs at farms. The Report therefore recommends that interventions at the last mile should be designed to recover demand for crops that create value not only for farmers’ return but also for families’ access to nutrition, health and well-being.

For instance, experts contend that millets (Jowar, Ragi, Bajra etc.) are three to five times more nutritious than wheat and rice in terms of proteins, minerals and vitamins. They need very little water for production (require just around 25% of the rainfall regime demanded by crops such as Sugarcane and Banana).

More importantly, they can be grown in vast dryland areas using farmyard manures thus reducing the dependence on synthetic fertilizers. Thus, expansion of a robust millet cropping system and its promotion in the country is providing multiple securities including nutrition keeping in mind the impact of climate change.

Experts further state that a key factor that hampers access to nutritious food in a family is its inequitable allocation for women and young children. Rural women, especially as farmers, have a critical role to play in sowing, weeding and harvesting of agricultural crops. Women’s empowerment, therefore, can have a direct impact on agricultural productivity as well as making nutrition ‘inclusive’ at home in true sense of the word.

Hence, the Governments’ push for investments, such as the setting up of Agri Infrastructure Fund (AIF), that fosters funding for women farmer collectives such as self-help groups and their federations. The Promotion of 10,000 Farmer Producer Organizations (FPOs) program, in addition, aims at their effective participation as member shareholders in these entities.

In fact, agricultural extension too has a very critical role to play. Nonprofit communication organizations such as ‘Digital Green’ have been supplementing the efforts of the National Rural Livelihood Missions (NRLM), at the last mile, in developing and promoting nutrition sensitive agriculture curriculum through community led videos.

Typically, these participatory videos empower women farmers on themes such as seasonal changes that affect nutrition and addressing challenges from agricultural production through buying and selling.

India’s agriculture and food security policies, thus, are now going beyond the calorie sufficiency approach towards ensuring access to a nutritionally balanced and diverse diet. One of the key drivers of this change is the expansion of the modern food retail industry valued at $ 380 billion during the last decade.

Altered consumption patterns, as a result, have provided an opportunity to modern agri-food systems to evolve in the organized sector. At the same time, as climate change threatens the production of crops, the Government is evolving and propagating technologies for drought, heat and flood resistant non- staples (pulses, fruits and vegetables) in addition to staple grains. This is to mitigate vulnerability of the poorest against malnutrition especially in states of Assam, Bihar, Chhattisgarh, Jharkhand, Madhya Pradesh, Orissa, Rajasthan, Uttar Pradesh and Uttarakhand.

The grassroots efforts of public- private initiatives such as that of the Swaminathan Research Foundation and Digital Green, to meet local and regional nutritional challenges for the poorest, are laudable. We direly need to reenergize a nutrition sensitive approach in agriculture by strengthening the capacities of our last mile governance institutions such as Krishi Vikas Kendras (KVKs), Common Service Centers (CSCs) and Gram Panchayats, in addition.

(The writer is an Additional Secretary in the Ministry of Agriculture & Farmers Welfare, Government of India. Views expressed are personal)