Home Story It's Time To Weigh The Cost Of Obesity 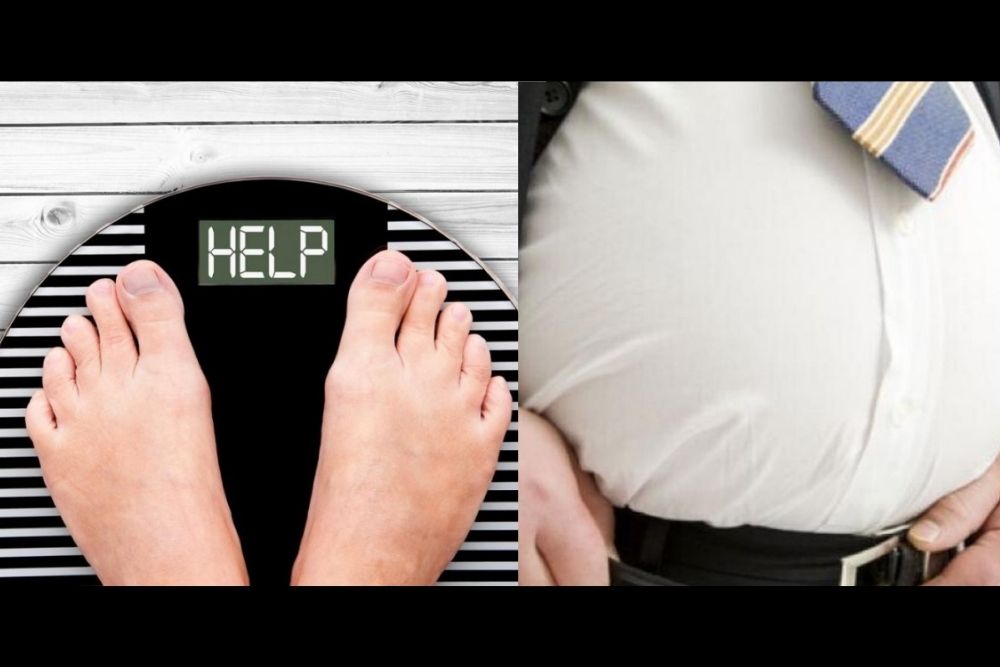 Women Or Men, Who Are More Prone To Obesity? Archives
Anti Obesitiy Day

It's Time To Weigh The Cost Of Obesity

As India marks anti-obesity day, let's look at the immense cost of being an overweight nation

India enthusiastically gears to celebrate yet another day dedicated to fight malnutrition in the form of “Anti-Obesity day” on 26 Nov 2020. Rightly so! Globally 2 billion are overweight (BMI ≥ 25), of which about 641 million are obese (BMI ≥ 30).This means that about one-third of the entire global population is obese, and the number of overweight is more than double the number of undernourished people globally.High BMI (a marker of obesity) accounted for 4.0 million deaths globally, nearly 40% of which occurred among non-obese.Obesity prevalence has doubled since 1980 in more than 70 countries and continuously increasing in most other countries. Recent statistics indicate that although the prevalence of obesity among children has been lower than adults, the rate of increase in childhood obesity in many countries was greater than the rate of increase in adult obesity.At all levels of income and for all age groups, the prevalence of obesity was generally higher for women than for men in 2015. Obesity prevalence increased by 2.4 fold in both men and women of all ages in LMIC between 1980 and 2015. However, this increase was fastest for men aged 25 to 29 in LMICs, from 11.1% (8.5-14.7%) in 1980 to 38.3% (30.7-48.1%) in 2015.

The crisis of obesity in India is only expected to get worse, especially among its young people. About 40% of overweight children will stay same during adolescence and 75−80% of obese adolescents become obese adults.Together with China, India will be a chief driver of the explosion of childhood obesity by 2030, when 250 million children worldwide will be obese. In India, more than 27 million children will be obese by that year. This is compared to about 15 million obese children at present. As such, by 2030, India will surpass the United States as the country with the second highest number of obese children. Obesity costs the global economy US$2 trillion per annum, while undernutrition and micronutrient deficiencies account for an additional US$2.1 trillion.In the United States alone, US$190 billion was spent on obesity related healthcare in 2005, and obesity accounted for national productivity losses amounting to US$8 billion.Obese individuals spend an average of US$ 2,741 more than their normal-weight counterparts on medical care in the United States.McKinsey Global Institute estimates the global economic impact of obesity as roughly US$2 trillion per year or equivalent to 2.8% of global GDP.

India is finally rising up to the challenge, although miles to go before taking a pause in terms of building and strengthening actions to curtail the weight of O-O in our country. Some of the recent government efforts in this regard are summarized.

Also Read| Poshan: Dealing With The Other Deadly Pandemic

a) PoshanAbhiyaan- Nation’s flagship nutrition program launched in 2018 has a mandate to help converge multiple sectors to provide a holistic response to end all forms of malnutrition in India. The 3rd report of PoshanAbhiyaan released few weeks ago recognizes that the nation needs to mobilize solid efforts to address the emerging and cross-cutting challenges of urbanization and O-O. It outlines few areas like: “Identify and acknowledge the new challenges posed by urban food systems and food environments and urban health service delivery. The focus of work on urban nutrition must go well beyond catering to the challenges of the urban poor and must engage stakeholders across the board.In both food and health systems in urban contexts, engaging private health care providers and a range of actors who can help create healthier food environments for a range of consumers is essential.The challenge of overweight, obesity and non-communicable diseases must be confronted by tackling the food and physical environments in homes, workplaces and institutions.Connect the existing movements, like Eat Right and Fit India with the POSHAN Abhiyaan’s mission of improving diets for all stakeholders.”

b) FSSAI’s Eat Right program- This multicomponent initiative integrates : Safe and Nutritious Food Initiative, focused on social and behavioural change around food safety and nutrition at home, school, workplace and on-the-go;The Eat Healthy Campaign focused on reduction of high fat, sugar and salt foods in the diet; and Food Fortification, focused on promoting five staple foods-wheat flour, rice, oil, milk and salt that are added with key vitamins and minerals to improve their nutritional content. Also their Sept 2020 gazette on safe and nutritious foods for school children has urged stakeholders to minimize the availability, sale and consumption of unhealthy high fat, sugar and salty foods (HFSS). FSSAI has also been leading the advocacy efforts to ban trans fatty acids (TFA) from Indian food supply chains.

c) Fit India- The Fit India Movement, launched on 29 Aug 2019, is a movement to take the nation on a path of fitness and wellness. It provides a unique and exciting opportunity to work towards a healthier India. As part of the movement, individuals and organisations can undertake various efforts for their own health and well-being as well as for the health and well-being of fellow Indians.

What more could be done?

With the currently escalating burden of O-O, we may not have the luxury to waste time and efforts. While some recognition has started to build up, a lot more visibility and awareness is needed. A holistic 360-degree approach to tackling malnutrition must also prioritize specific actions to curtail O-O across the life course. The “Kuposhanmuktbharat 2022” cannot become a reality unless we put evidence based locally acceptable interventions in place focusing on O-O also. The Obesity Policy Action (OPA) framework, modified from the World Health Organization framework for the implementation of the Global Strategy on Diet, Physical Activity and Health, helps to provide specific guidance for governments to systematically identify areas for obesity policy action. It incorporates three different public health approaches to addressing obesity: (i) 'upstream' policies influence either the broad social and economic conditions of society (e.g. taxation, education, social security) or the food and physical activity environments to make healthy eating and physical activity choices easier; (ii) 'midstream' policies are aimed at directly influencing population behaviours; and (iii) 'downstream' policies support health services and clinical interventions. Our national programs need to be incorporate innovative ideas which impart a more inclusive public health and nutrition lens, We will soon realise that our preparedness to nip O-O are nascent. Reviewing the Take home rations, midday meals, strengthening data collection and surveillance efforts to check O-O, relook at the ICDS CAS real time monitoring which primarily focuses on undernourished children,food systems approach for helping healthy foods become affordable and accessible, policy action to check aggressive marketing and sale of HFSS, etc will be useful strategies to begin with. The goal of promoting safe, diversified and healthy diets is not straight forward as we will realize but not impossible too.

The renowned American abolitionist Frederick Douglass opined “It is easier to build strong children than to repair broken men”. This reinforces the spirit to act in time and also advocates that prevention may be better than cure when it comes of public health nutrition. If our human resource especially children, our future citizens are weak or get sub-optimal opportunities to grow in life, our vision to see India become “Atmanirbhar” or achieve great heights in any sphere may remain unattainable. Thus, taking a life-course perspective to tackle malnutrition emphasizes its intergenerational effects and has important implications for the prevention of O-O as well as progression into NCDs, but requires long-term investment and political commitment.Intervening in the preconception period is key to improving nutritional status and health behaviors in young people and adolescents and to preventing transmission of risk to the next generation. Adopting a combination of top-down approaches through policy initiatives and bottom-up engagement of key stakeholders such as young people is recommended to prevent malnutrition at all stages but especially over the very critical first 1,000 days of life.