Home Story Our food Systems Are Broken. We Are In Need Of Urgent Change 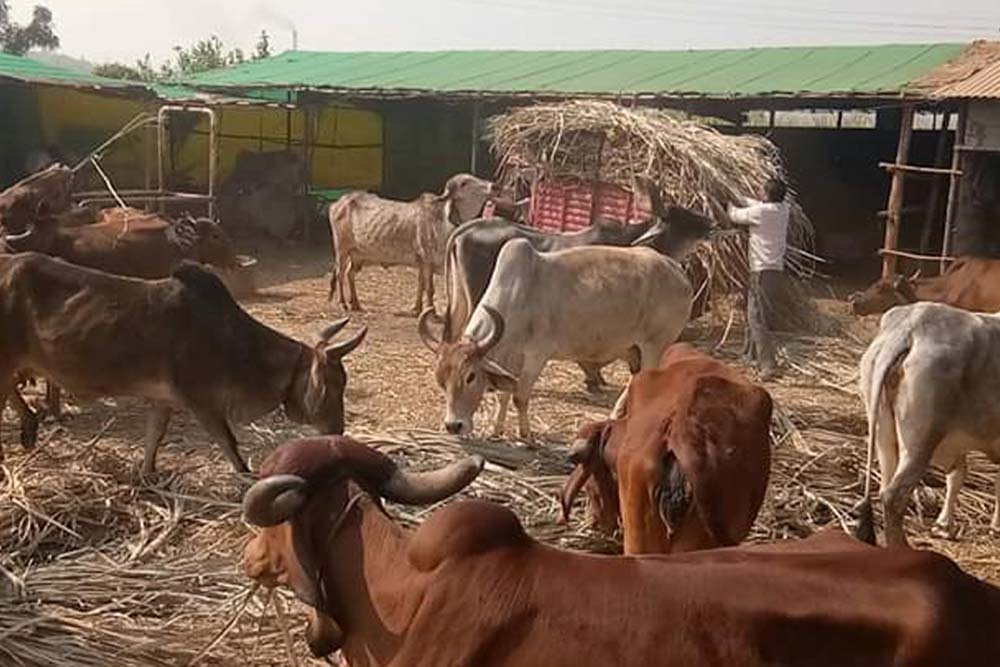 Our food Systems Are Broken. We Are In Need Of Urgent Change

Countries across the world are suffering from a severe lack of access to food. Our food systems are broken. WHO says this will only worsen as a result of the pandemic at hand

A small island country located in the South Pacific Ocean, Vanuatu was jolted by Cyclone Harold, a category 5 storm on April 10, 2020. Once a lush landscape, Vanuatu stands stark and barren in the aftermath of the cyclone. A small country with a population of less than 300,000 mainly relying on tourism and agricultural exports for income -Vanuatu was left paralysed with the double attack of the COVID-19 lockdown along with the cyclone. International aid has been impossible to reach, and supplies of basics such as food, water and shelter stand unavailable. Now, only a few months later, Cyclone Yasa, the strongest tropical cyclone to ever hit the South Pacific has struck again.

Countries across the world are suffering from a severe lack of access to food. Today, over 800 million people face chronic undernourishment and over 100 million people are in need of life-saving food assistance. Former International Food Policy Research Institute (IFPRI) Director General Shenggen Fan, said “COVID-19 is a health crisis. But it could also lead to a food security crisis if proper measures are not taken.” With more than 1.2 billion people undernourished, Africa is likely to face the worst food shortage of all.

This food shortage, as pointed out by the WHO, will only worsen as a result of the pandemic at hand. Acute food insecurity stands to rise, with a predicted 265 million people in 2020, “up by 130 million from the 135 million in 2019.” About 25% of those with acute food insecurity in 2019 were in countries affected by climate change. As said by WFP’s Chief Economist. Arif Hussain, COVID-19 is catastrophic “for millions who can only eat if they earn a wage.” The globe is set to come out of one crisis and dive immediately into another unless we act together to mitigate the effects of COVID-19.

We stand today, not only in amidst a climate crisis but also a health and food crisis. Our food systems are broken, and countries are over-reliant on one another. Employing more than 1 billion people globally, food systems are in need of urgent change. Today, 77% of agricultural land is used to grow and feed animals, while only providing 17% of global calories. Characterised by intensification, industrialisation and commercial gain, animal agriculture is dismantling the planet.

With the onset of this pandemic, essential workers all over the globe have had to bear the consequences. Erstwhile President Donald Trump had earlier signed an executive order to keep meat processing plants open, despite the fact that the meatpacking industry in the US has had well over 10,000 cases connected to such plants.

Furthermore, the Feminist Alliance for Rights (FAR), points out that many who live in extreme poverty and rural communities, especially women, lack easy access to supermarkets and food supplies. The consequences borne by low-income workers, including women, point to inequity within our current systems and emphasise the suffering of food system workers who are less well off. This situation is revealing pre-existing issues relating to the lack of sustainability of the food and meatpacking industry.

The fragility and inequity within current food systems point to the urgent need to facilitate a Just Transition towards a fair, healthy and compassionate food system to deliver nutritious and predominantly plant-based food for all.

Decreasing the production and consumption of livestock will free up enormous landmasses, which can be used to grow food for direct human consumption, allow for reforesting, creating carbon sinks essentially, allow for more equitable global food distribution, and address nutrition deficiency and hunger in developing countries.

Importantly, the pace of a shift towards less livestock production will differ between nations, and the principle of common but differentiated responsibility should guide that shift, keeping the responsibility of the shift with developed countries, such as the members of G20.

Financing climate change and livestock issues has also been a neglected area of transition. Around $436 billion is spent annually on climate change mitigation work. However, less than 1% of the global annual climate change mitigation budget is actually used on trying to move production away from resource-intensive animal agriculture. This is completely disproportionate when you consider that at least 14.5% of all greenhouse gas emissions are from livestock production and is likely to go up to 81% by 2050, if the current trend continues unabated.

Shifting towards relocalisation and re-territorialization of food systems must also be used as an opportunity for fairer and more sustainable food systems. The UN’s Special Rapporteur on the right to food said, “It is urgent that [we put ourselves] in the service of supporting diversity, not uniformity.” Through moving towards sustainability by empowering farmers and stressing the importance of prioritizing local distribution channels, we can build resilience in our food systems.

Looking at our current food systems, a Just Transition stands more as a necessity than a choice. Luckily, the issue of Just Transition has increasingly gotten more attention in the past year. One such instance is the International Labor Organization’s report, which found that a shift to a more plant-based diet could, in Latin America and the Caribbean alone, create up to 19 million new jobs by 2030.

The writing is clear on the wall. We need to move away from a make, use, dispose mindset, towards one that empowers both workers and consumers. In this way, we can construct stronger, adaptive food systems that germinate a food system that is fair, healthy and compassionate for all.

(Lasse Bruun is the Executive Director at 50by40 – a collective impact organisation dedicated to cutting the global production and consumption of animal products by 50% by 2040. It tackles the complex and interconnected nature of global food systems by building bridges and enabling discourse between diverse social justice movements.)