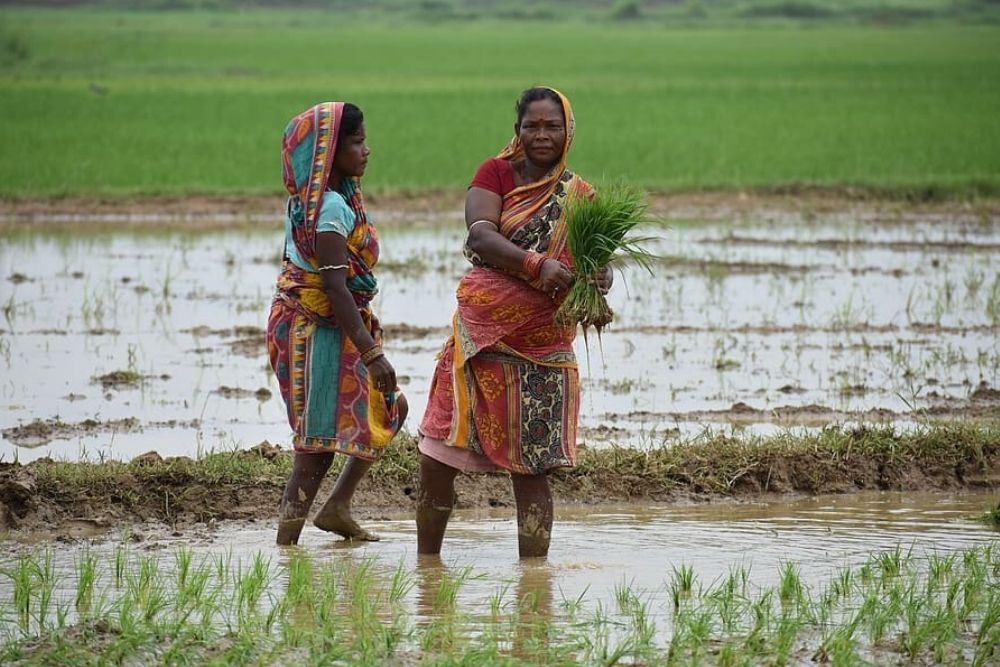 Climate budget is a step in the right direction. It is not the same as a gender budget or a nutrition budget. It’s essentially a perspective paper on budgetary components relating to climate change. The challenge remains how far the various departments will implement the suggestions.

Odisha is the first state to present a climate budget. The importance of such a move reflects the fact that climate has direct relevance to outcomes in agriculture, health, hunger, forests, water, etc. In fact, every aspect of life and thus climate budget is a step in the right direction. But the challenge remains how far the departments will implement the suggestions made in the budget.

Climate budget is not the same as a gender budget or a nutrition budget. It’s essentially a perspective paper on budgetary components relating to climate change. Odisha’s State Action Plan on Climate Change (SAPCC) 2015-23 has formed the basis of the state climate budget. 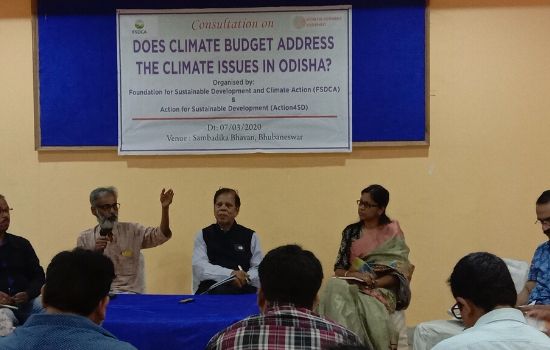 It is unfortunate that the Departments of Industries and Steels & Mines have been excluded from this exercise. The department of Women and Child Development is also not part of the budget. Tribal development department does not also figure though a lot of infrastructure projects are carried out through the Integrated Tribal Development Agency (ITDA). The expenditures in these departments have far-reaching impacts on climate change adaptation and mitigation.

The budget document states that “the purpose of this analysis is to assist the government in first identifying sectors and schemes to focus on improving climate resilience and mitigation outcomes, and secondly to support government in deciding whether programmes need redesigning or additional funding to accommodate changes needed to deliver climate benefits and/or safeguard projects from the impacts of climate change.”

The next step is to ensure that related schemes are revisited and resource allocations realigned. A consultation recently organized by the Foundation For Sustainable
Development and Climate Action (FSDCA) (www.fsdca.org), a non-profit organization, in association with Action For Sustainable Development (Action4SD) (action4sd.org),
a global civil society platform engaged on issues of Sustainable Development Goals (SDGs), looked into how far the Climate Budget addresses the climate issues of the state. About 50 people from civil society, academia, students, corporate houses and media persons participated in the event.

Just budgeting is only one step. In order to widen its intervene on the issues of climate change, it needs to create more awareness among the people on the subject
and rope in the civil society and community in the implementation of the climate action plans.

“Despite being on the frontline to experience climate change impacts, Odisha hasn't yet attracted wider discussion in national forums. Though some discussion is taking place over coastal erosion and coastal climate, the impacts of climate change are significant on forests, rivers and overall landscape of the state,” stated Basudev Mahapatra, environment journalist. Mahapatra pointed out that due to climate change, forests in the state are degrading, rivers are dying, agriculture is facing uncertainties, and farmers are facing the brunt of it. Due to the rise of sea temperature fishes are travelling to colder area. For example, fish catch in Astaranga coast has gone down.

Globally, temperature has risen by 1.1 degree centigrade in comparison to the pre-industrial era. Rise in sea level and irregular weather conditions affecting food production are some clear impacts of climate change. The Paris Climate Deal signed by the world leaders in 2015 aims at keeping the global rise in temperature to 2 degrees above the pre-industrial era. Otherwise, it will have some irreversible impacts.

Though the people of Odisha are least responsible for climate change, we are certainly facing the heat as climate change is a global phenomenon, which does not respect boundaries. As Odisha is predominantly an agrarian society, it needs proactive actions to save its farmers and the general populace. “Climate change will drastically reduce the food production in coming years which will affect the people in Odisha,” warns Mahapatra.

Prof Surendranath Pasupalak , former Vice Chancellor, OUAT, blamed rapid, unmindful industrialization for many of the woes. “Capitalism is profit oriented. Such development does not care about the climate issues. This is the primary reason for climate change. Population growth and their rising requirement have led to consumerism and impacted negatively climate change,” stated Pasupalak.

Experts at the meet felt more funding agencies need to come forward to support climate actions undertaken by the NGOs and the government. The implementing agencies
and the monitoring agencies should be identified. These are structural needs. In addition, the participants felt traditional knowledge of locals should be utilized to help us fight climate change.

Pratap Pradhan of Samaja, a prominent Odia newspaper, stressed need for more focus on climate issues in the media by bridging the gap between the researchers on climate change and the journalists in the state. Giving a gender angle to the discussion, Bijayini Mohanty, social worker, opined, “The socio-economic impacts of climate change on the women is more than the men. The climate discussion and actions ought to reckon with this fact.” Pasupalak felt setting up of a Climate Change Commission in the state could help in bringing all the climate linked issues under one umbrella.

(The writer is Director, Foundation For Sustainable Development and Climate Change)