Home Story Nutritional Deficiencies In North-East India: A Weak Shield Against The Virus? 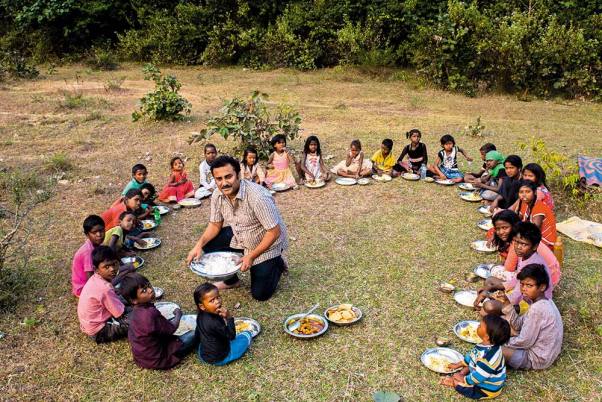 Nutritional Deficiencies In North-East India: A Weak Shield Against The Virus?

The strength of north-eastern states lies in active community support for better outreach and information dissemination efforts and following an inter-sectoral approach.

The Global Hunger Index (2020) has ranked India in ‘serious’ category with 94 rank out of 107 countries, much behind Nepal, Bangladesh and Pakistan. Undernutrition is associated with 45% of children’s deaths in the world. It may be manifested by stunting, wasting, underweight and deficiencies of vitamins and minerals. This is a consequence of insufficient consumption of vitamins and minerals. Even though they are required in small amounts, absence of it can lead to long-term health impacts such as, reduction in energy level, mental clarity and cognitive abilities which could have socio-economic impacts on overall development. So far, Zinc, Vitamin A, Vitamin C and Vitamin D have been strongly associated with immunity keeping the virus away. Further, it prevents anaemia which again plays a central role in fighting fatigue. Also, Vitamin B12 is required for formation of the blood and nerves.Being the first and largest nutritional survey in India, Comprehensive National Nutrition Survey has collected data on micronutrient deficiencies. The data did not show an impressive picture on that front and the burden has been amplified as shown with recent National Family Healthy Survey-5. The COVID pandemic has brought much required focus on nutrition, in general and nutrient specific deficiencies in particular, especially after a few studies which started showing correlation of COVID positive patients and micronutrient deficiency, such as Zinc and Vitamin D. Nutrition plays an extremely crucial role in reducing the severity and susceptibility to every virus, in this case the COVID. Dr. Hemalatha, Director, ICMR-NIN has noted that these micronutrients play synergistic roles in supporting immunity, and are required in adequate amounts to scavenge toxins and modulate inflammation during infection. As we await vaccine into mainstream, addressing nutritional challenges will become crucial for a healthy response, even to prevent the pandemics in the future.

According to the WHO, 47 million children under 5 years of age are wasted, 14.3 million are severely wasted and 144 million are stunted, while 38.3 million are overweight or obese in the world. According to National Family Healthy Survey-4, 35.7% children aged less than five years were underweight, 38.4% were stunted and 21% were wasted in the country. But in the recent edition of the survey, the numbers of malnourished children have increased alarmingly, almost reversing the efforts made so far. Coming to North-eastern states, most of them are experiencing increased burden of malnutrition. Assam witnessed around one percentage improvement in stunting but stunting (17% to 21.7%), underweight (29.8% to 32.8%) and overweight (2.3% to 4.9%) percentage have increased. For Meghalaya, stunting has increased from 43.8% to 46.8% but wasting and underweight have decreased significantly by more than 2% in each case. Mizoram, Nagaland and Tripura, all three have risen in percentage for children with stunting, wasting, underweight and overweight. Sikkim has fared relatively better compared to other north-eastern states as stunting, wasting and underweight children have decreased.

Similar for Manipur except wasting has increased from 6.8% to 9.9%. Additionally, according to recent FAO’s State of Food Security and Nutrition in the world, undernourished people are likely to exceed 840 million by 2030, of which a significant population will reside in Africa and Asia. These projections do not take into account the impact of the COVID-19 which is just going to exacerbate the situation.

Every north-eastern state witnessed an increase in overweight population which clearly highlights the rising double burden of malnutrition in North-eastern states. Studies have highlighted that lifestyle problems like obesity and diabetes could be associated with lower effectiveness of several vaccines like the influenza A/H1N1, rabies, tetanus and hepatitis B. Interestingly, this link goes back to 1970s when scientists were studying hepatitis B vaccine. They related this to the inflammation-induced deficiencies associated with obesity. Obesity is already associated with numerous underlying risk factors for COVID-19, including hypertension, heart diseases, diabetes, kidney and liver diseases. This holds true for older age group populations as well. So, not only nutrient deficiency poses a challenge but over-nutrition in the form of obesity is an equal threatening challenge for effectiveness of a vaccine.

Further, all north-eastern states have increased anaemic children and women, except Meghalaya. This poses serious challenges as pregnant women were found to be anaemic as well (except Meghalaya and Nagaland) which gets reflected in poor nutritional outcomes of the baby to be born, leading to death in severe cases. When it comes to protection against diseases, findings from two clinical studies with children in Kenya have suggested that iron deficiency during infancy may reduce the protection that vaccinations provide. Their studies have shown that anaemic population had impaired response to vaccines.
All the above indicators are an outcome of a poorly implemented and monitored nutrition programmes. It is less useful to cry over the faltered growth and lost developmental potential of children. What we need is prevention of that happening by close monitoring of process indicators such as availability and regularity of PDS ration in villages, dry ration or cooked hot meals in Anganwadis or Schools etc. Monitoring of Process indicators must be a priority of Community leaders, Administrators, People’s representatives, and even Media.

Adequate diets with healthy feeding practices play a key role in stronger immunity of children. Only Meghalaya and Tripura have improved percentages of breastfeeding children receiving adequate complementary feeds.At a micro level, other factors which could impact the nutritional levels and immunity like drinking water source, sanitation and education has significantly improved. However, there is scope for improvement especially in sanitation. Better WASH facilities have a strong correlation with lesser cases of diarrhoeal illnesses and decreased nutrient. According to a recently released report by ICMR-NIN, What India Eats, has shown that north-eastern India consumed the highest total calorie and carbohydrates and comparatively had higher proportion of people with hypertension. Report noted that significant percentage of urban population consumes chips, biscuits, chocolates, sweets and juices. Easy accessibility to processed foods containing high amounts of sodium and fats catalyses the vulnerability to lifestyle-related diseases, calls for not only adequate diets for the populations but a balanced one as well. This ensures well-being of an individual in addition to immunity.
Strong community participation and monitoring resulted in lesser number of COVID positive cases in north-eastern states. But, the impact of the pandemic was felt across the nation with vulnerable section being more susceptible to the negative impact, less of virus but more of the socio-economic costs of the pandemic. According to the World Food Programme, the number of undernourished people could increase by 132 million by end of this year. The increased number of food insecure people renders them more susceptible to the virus. Losing employment meant losing source of livelihoods which resulted in negligible purchasing power and being entirely dependent on aid for food. The concern here is not about the immediate hunger alone but of the long-term impact this hunger could lead to such as morbidity, mortality and malnutrition. Further, a study in the Lancet has estimated that COVID-19 pandemic will result in an increase in wasting prevalence that would account for 18–23% of additional child deaths. We are looking at not only food insecure population but also nutrient insecure population. National statistics have revealed that dietary quality of Indian population is marked with increasing proportion of cereals and declining proportion of fruits and vegetable, which are main source of essential micronutrients.

Government has preliminary vaccine rollout plans for priority groups such as healthcare workers, frontline workers and senior citizens. Several studies involving geriatric care have shown that nutritional status decreases as age advances which poses serious questions about the response to a vaccine. Definitely, adequate nutrition is the key, over and above the focussed care for vulnerable groups with morbidities.This revived focus on nutrient deficiency should not be restricted to the life cycle of the virus but must extend beyond that. For healthy diet, both quantity and quality are crucial for which diet diversity is also important. We need to shift our focus from cheap energy in the form of carbohydrates to different nutrients.FAO has launched UN’s International Year of Fruits and Vegetables for 2021 which calls for solutions to fix food systems.

The Poshan Abhiyaan, the Centre’s flagship programme, is aimed at improving nutritional outcomes among pregnant women, lactating mothers and children by reducing the level of stunting, underweight, anaemia and low birth weight by 2022. But, the data has shown that the outlaid budget has been meagrely utilised by North-eastern states, except for Mizoram which has utilised 65.12% as of 2019. Substantial economic returns are assured with investing in nutrition interventions as it improves cognitive skills and educational performance and thereby better chances of progressive income in adultlivelihood leading to increased purchasing power and quality of life. Government with its laudable efforts in food security as part of Aatma Nirbhar package and strengthening health front line workers have played crucial role in fighting the pandemic. There exists a pool of schemes like Public Distribution System, Mid-Day Meals and Integrated Child Development Scheme linking health and nutrition related policies together. But there are unaddressed issues such as leakages, quality of food, inadequate and less motivated human resources, etc. During the pandemic several states have experimented delivering dry rations at home. However, cash transfers and delivering hot meals or dry rations to the child’s house doesn’t automatically ensure the consumption by the sole beneficiary which poses threats to nutritional outcome. As we move towards a post-pandemic period, strengthening these institutions especially at the ground level for sustaining nutritional efforts in order to achieve SDG 2.2 is crucial.Recent initiative for micronutrient supplementation in the form of bio-fortification is welcome but information dissemination of the same is crucial. As for the POSHAN Abhiyan, its dashboard indicates ‘below average’ participation for all north-eastern states except for Assam. The strength of north-eastern states lies in active community support which should be utilised for better outreach and information dissemination efforts. This could catalyse adoption of healthy eating habits leading to better health outcomes. The need of the hour is a solution based on looking at nutrition in a holistic manner where departments are not working in silos but rather with an inter-sectoral approach.