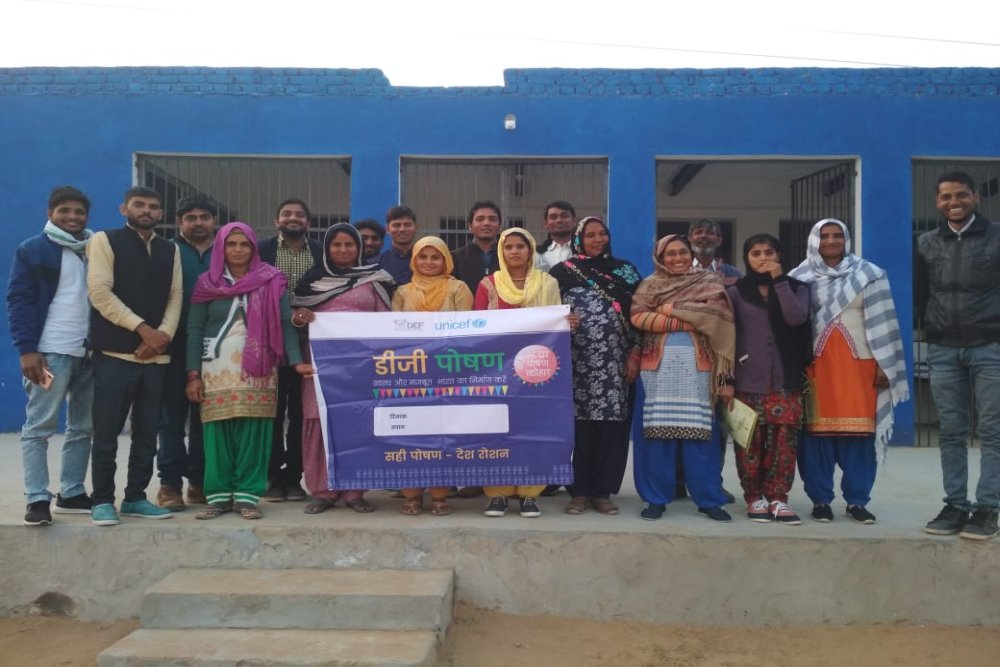 Nutrition Didis To The Fore

In villages across India, where would-be mothers suffer from not knowing what to eat, or avoid, the new cadre of nutrition motivators appear as a ray of hope

Laxmi had seen childbirths in her own village, had assisted midwives, and helped expecting mothers, but was unable to understand the possible reasons for her own ordeals. Excessively swollen feet and hands, protruding eyeballs and loss of appetite— she suffered it all. Eight months pregnant, she is in her mid-20s and lives alone during the day, as her husband works in the field. “I thought we were being punished for our bad deeds; nobody faces these kind of troubles during pregnancy,” she said. She had also developed an unusual habit: “I had started liking the taste of red bricks and sand. I didn’t know what was happening to me.”

It was only in her third trimester, after she came to know of and attended community dialogue sessions by nutrition motivator, or POSHAN Prerak, Vandana Pandey, she understood what was ailing her. “She had very little idea of a nourishing diet for would-be mothers and had become deficient in some of the vital nutrients needed during pregnancy,” Pandey recalled. She also suffered from severe oedema (excess fluid retention in cavities and tissues) that caused a swollen body. Her unawareness led to a complicated delivery and poor health of both herself and the child. However, her child was delivered safely and is now being taken care of.

Another woman Pushpa, from the same village gave birth to a still born child last year. This happened despite her pregnancy being “normal” and following all the home remedies suggested by her mother-in-law. She is now scared to conceive again for who knows what fate the baby would meet.

These cases are not rare in Sarai Mubarak, a village in Uttar Pradesh’s Ghazipur district, where children are still-born with under-developed brains and other birth defects. Mothers are still ignorant about proper maternal healthcare. In order to address these issues of malnutrition among expecting mothers, children and hence for a healthy society, it is essential to counsel pregnant and lactating women to meet increased nutrient requirements through dietary, behavioural changes.

DigiPOSHAN— a Digital Empowerment Foundation (DEF) and United Nations Children’s Fund (UNICEF) initiative—has been working towards creating community dialogues in rural pockets across India. Working on the Prime Minister’s scheme for holistic nourishment, POSHAN Abhiyaan, spearheaded by the Ministry of Women and Child Development. The programme aims at improving the nutritional outcomes for children, adolescents, pregnant women, and lactating mothers, by leveraging technology and following a targeted approach. With the help of a trained cadre on maternal and child nutrition called POSHAN Preraks, community dialogue sessions have been conducted at 187 locations across 10 Indian states. 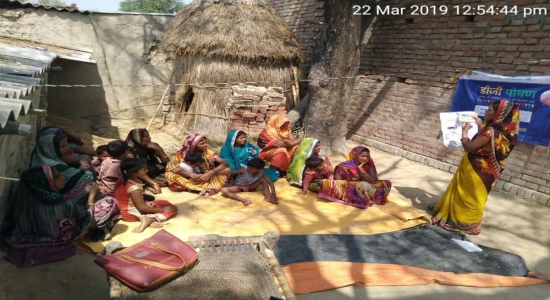 POSHAN Preraks use various tools—short films to digital storytelling—to help disseminate the key messages of nutrition. They act like agents of change, mobilise and address issues, that need to get across: ante-natal check-ups, diet care during pregnancy, iron and calcium supplementation, benefits of institutional delivery, importance of breast milk and early initiation of breastfeeding.

In Laxmi’s case, it was ensured that she adheres to follow up with the ASHA worker of the village on a regular basis, to avoid her habit of eating red bricks—caused by lack of calcium and iron in the blood, a prevalent maternal health issue. She was also informed about the importance of taking iron and calcium supplements. Following the advice and with the resolve to care for her child’s health, she became regularly took the supplement. “Humare liye to POSHAN Prerak didi vardan roop thi (for us the nutrition motivator sister was like a boon),” said the happy mother. 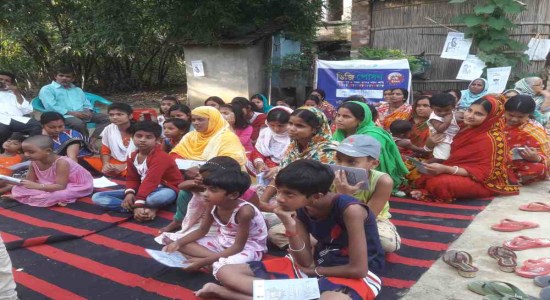 Rope in the family

Anaemia is a known cause of maternal deaths and risk factor for low birth weight, and primary cause for prolonged health issues in both child and the mother. This is also a major factor determining morbidity, mortality, and long-term impact on health outcomes in adult life. Evidence suggests, ante-natal care and institutional delivery as key health interventions to reduce maternal and child deaths. The short-term effects on foetal and infant health is increased risk of morbidity, infection, prematurity, possible birth defects, cretinism and possible damage to brain function.

Lack of awareness, illiteracy, early marriage, and patriarchal norms i.e. the practice of eating last in the family and giving importance to the family before self, are the factors that often prevent women from ensuring proper nutrition for themselves. For this, it is important that a sustained dialogue be carried on engaging with all stakeholders. DigiPOSHAN made sure that along with women, their husbands and elderly members of the family were also addressed through the community dialogue since they are the decision-makers in large part of the country.

Aware and informed, participants of the programme are now responsible mothers. “The community dialogue has busted a lot of age-old myths surrounding pre and post-pregnancy practices. Now I know what to do for my child’s good health,” said Varalaxmi, a young lactating mother from Visakhapatnam, Andhra Pradesh. During the interactions, she also learnt the correct way of breastfeeding and the importance of colostrum (mother’s first milk) for new borns.

This drive not only made the women of the communities aware, but also empowered the POSHAN Preraks and induced a level of confidence in them.“I feel I have not only become an agent of empowerment but have moved a step ahead in transforming other women of my village for them to reach out to their peer groups with the knowledge that they have acquired” said Manju Khedi, a POSHAN Prerak from Rajasthan’s Alwar.

Only healthy mothers can lay the foundation of a healthy society. The initiative strongly believes that educating a woman, not only means educating a family but the community at large as well.

(Names of the beneficiaries have been changed)

(The author works as an Assistant Media and Communications Manager at Digital Empowerment Foundation.)