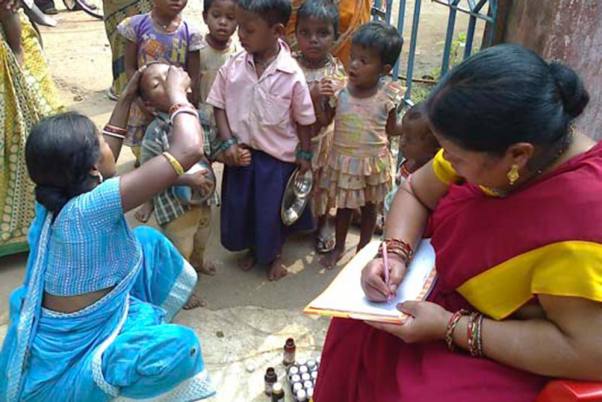 The partial survey of 18 state and 5 union territories show a rise in infant malnutrition, and decline in infant mortality

Health and nutrition experts are not surprised or unduly worried by the data culled from the first phase of the fifth National Family Health Survey (NFHS-5) that covered 18 states and 5 union territories. They point out that there are both positive and negative aspects to the outcomes that have come to the fore, like lowering of under 5 and infant mortality rate (IMR) in 18 states and union territories while underweight and severely wasted malnutrition levels have been risen among under 5 children in 16 of the 18 states covered so far. The complete national survey, expected early next year, will offer a clearer health picture, they say.

The NFHS-5, being conducted on 6.1 lakh sample households, involving household level interviews to collect information on population, health, family planning and nutrition related indicators, shows wasting percentage increased in under 5 children in 12 states and UTs in comparison to NFHS-4.

Ritu Rana, a public health nutritionist, says the NHFS-5 report has not come as a surprise specially as one knows how much time it takes to improve impact outcomes. The survey is a good indicator of the coverage improvement of nutrition programmes and government intervention compared to previous surveys, like how many mothers are breastfeeding, the nutrition and food available to children and mothers, among other indicators, the nutritionist states

“It hasn’t come as a surprise that we have not achieved a 5-10 per cent decline in malnutrition levels. Though there are improvements in breastfeeding rates, etc. Overall, there is not much change in the impact indicators. Nutrition is impacted by multiple reasons. Given the challenges I don’t expect stunting or wasting among children to drastically change or drop,” says Rana, Mission Head of Healthcare at HelpAge India.

On the positive side, the latest data shows that the neonatal mortality rate (NMR) (per 1,000 live births) dropped in 15 states and UTs in comparison to NFHS-4 (2015-16), while the infant mortality rate (IMR) and the under-five mortality rate (UMR) fell in 18 states and UTs. The survey also found considerable improvement in vaccination coverage among children in 12-23 months age bracket across all states/UTs. In the case of wasting, the nutritionists point out that it is directly linked to the physical, nutritional and mental health of the mother during pregnancy.

Dr Srinath Reddy, president of the Public Health Foundation of India, says while the rise in level of nutrition deficiency in the states covered so far in the survey is a matter of concern, two factors need to be looked at. One is the nutrition supplementation and second is the social programmes which enable people to access nutritious food at affordable rates. “So right, from production of agriculture produce, income of families, pricing of nutritious foods, access to unhealthy food are all part of policy matrix. Therefore, it is important to not only look at supplements programme but also nutritious foods programme in general in terms of the choices, availability and affordability of food we grow like pulses and millets,” says Reddy.

At the same time, Reddy emphasises the need to look at social issues like early marriages, early pregnancies, gender bias apart from income security and food security for a more meaningful impact.

Rana also warns against over interpretation of the new data, which is not only limited to 18 states and 5 UTs and but also focuses only on limited parameters. “We have to study the intervention and its impact to get a clearer picture. For example, income and availability of food or whether the family is food secure or insecure. So, the time trends as also what is the whole picture behind the scene needs to be studied in depth,” she states.

Dr Sujeet Ranjan, executive director of Coalition for Food and Nutrition Security, says the data from NFHS-5 reveals the importance of nutrition more than ever before. “To effectively carry out community-based approaches to child care, community mobilisation and community engagement is much needed. Nutrition specific and sensitive interventions should be targeted to reduce multiple forms of malnutrition,” he says.

According to the 2020 Global Nutrition Report, in the context of the food and nutrition shortages, challenges in accessibility and affordability of healthy, sustainably produced food, millions of households in formerly food-secure regions of the world have fallen into severe food insecurity. Levels of hunger and malnutrition could double within the space of just a few weeks. Now that nutrition indicators in NFHS-5 has not shown progressive improvement, this together with impact of Covid-19 can have severe implications for our children and vulnerable communities.