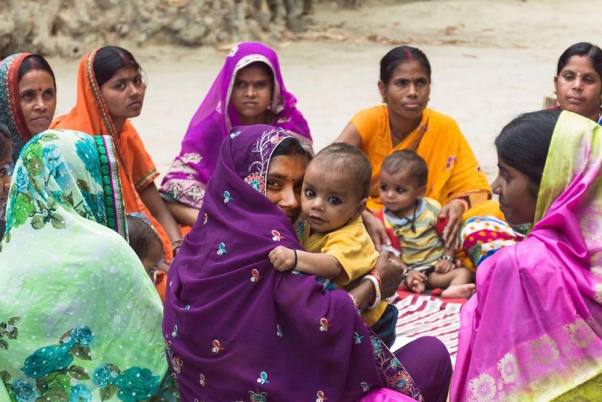 On National Girl Child Day, here's a primer on how the prevailing inequalities, socio-cultural norms, and discrimination in providing nutrition to girls impacts the entire nation

The last month of 2020 gave India its nutrition report card, with the release of first phase findings of the National Family Health Survey (NFHS) - 5. A comprehensive national picture is still awaited but the data from 17 states, and five union territories (UTs) shows that children who were born after 2014 are much more vulnerable to nutrition-related complications than in the past years. Anthropometric outcomes, like stunting and wasting, have increased in 13 and 12 out of the 22 states and UTs, respectively. Compared to the previous survey, there has also been a rise in teenage pregnancy, and a significant increase in anaemia cases among children, adolescents, and women, in most states.

The survey further highlights that malnutrition is a significant factor for under-five mortality, especially for girls in India. It remains 8.3 percent higher for girls than for boys. Girls and women are particularly vulnerable because of the prevailing inequalities, socio-cultural norms, and discrimination, right from when they are born, or even conceived. Preference for a boy child over a girl child in India has enabled people to carry out sex-selective abortion, and even female infanticide. In households, where girls are born, studies have shown that they are breastfed for a shorter duration than boys, and hence consume less milk . Especially for families where preferences of boy child exist, girls are weaned earlier as parents keep trying for a boy child, thus compromising early on the nutritional needs.

From early childhood, girls are discriminated against for nutrition, which continues and manifests in different forms. Young girls acquire the status of caretakers at a very young age. They are responsible for cooking and feeding their siblings with meager resources and prioritised diets of their brothers, and men in the family. Undernourished girls are likely to become undernourished mothers and, as a result, give birth to babies that are low-birth-weight, giving rise to an intergenerational cycle. Women, although responsible for cooking and taking care of the offspring even, have the least say in selecting good food for her and the children. A quarter of women of reproductive age in India were undernourished with BMI less than 18.5 kg/m till 2016.

Covid-19 has impacted the household consumption and distribution of food and nutrition, which in turn, has impacted the nutrition of girl children, who are already eating less. Women account for 32 percent of the workforce in the informal economy, including agriculture, and 20 percent of the non-agricultural workforce. 118 million women workers are engaged in the unorganized sector in India, constituting 97 percent of the total women workers in India. Owing to this pandemic, women have been the most affected due to disruptions in food supplies, nutrition, and health. Limited production and restricted mobility accelerated undernutrition, pushing the already vulnerable to a more critical crisis. On top of it, anganwadi centers remained shut for a long time amidst a strict lockdown, barring millions of children and pregnant and lactating women to avail nutrition-related services provided by the government.

The bodily impacts of malnutrition may not be visible in a short time but their impacts are long-term. Anaemia is one such major nutrition-related outcome being tackled by the Indian public health sector and the proportion continues to rise for children, adolescent girls, and women.

It is not that there is no progress. The country has been making progress in reducing women and child undernutrition. There is not a single state in the country where stunting rates have not come down. But the progress is slow; much slower than what has been achieved in many countries with similar socio-economic indicators.

The government has implemented targeted large-scale programs like Anemia Mukt Bharat and Prime Minister’s Overarching Scheme for Holistic Nutrition (POSHAN) Abhiyaan which include beneficiaries of all ages. Both of these programmes were launched in 2018 with a campaign-based approach. Anemia Mukt Bharat, a flagship programme of the Ministry of Health and Family Welfare (MoHFW), under the POSHAN Abhiyaan, is a strategy focusing on reducing the burden of maternal anemia. This is one such nutrition awareness programme to bring about behavior change in people towards healthy living. It also aims to reduce the prevalence of anemia by three percentage points per year among children, adolescents, and women of reproductive age from 15 to 49 years by 2022. POSHAN Abhiyaan, anchored through the Department of Women and Child Development, at the macro, and Integrated Child Development Services (ICDS), at the micro-level, also targets preventing and reducing stunting and wasting, anemia, and building a foundation for a healthy and nutritious India. It is a pioneeringprogramme whose scope extends from technology-driven solutions to service delivery and capacity building to decentralised social and behavior change strategies.

Until 2016, 54 percent of adolescent girls were anemic in India. Despite the government mandate of consumption of iron-folic acid tablets for 100 days during pregnancy, only 30 percent were found to be doing so. Pregnant women, with anemia, are at a higher risk of preterm deliveries, increased bleeding during and after delivery, stillbirth, and low birth-weight babies. Anemia can also lead to the death of the mother. Women in India face multiple challenges, including poor health, multiple pregnancies, and low social status. Interventions are much-needed to improve their health status, especially for pregnant women.

With the service delivery gaps created by the pandemic, it is even more important now for the government to closely review the programmes and schemes which facilitate services on antenatal and postnatal care for pregnant women, provide delivery packages and care for young children. It is important to review and address the gender-based strategies to bring about some targeted and measurable outcomes to improve the nutritional status of girls. Large scale and holistic programmes can be crucial in creating ownership and initiating behavior change, at the community level. Additionally, such activities can promote the need to improve dietary consumption and adopt more diversity in diets, or an overall change in family food traditions.

A detailed focus is required on improving access to household food and nutrition through a strong public distribution system and, thereby, increasing access to supplementary foods under the ICDS. Access to a fortified variety of food and prevention of tropical and other endemic diseases can also raise nutrition levels. Increasing women’s access to healthcare services, proper sanitation, and menstrual health and hygiene can play a significant role in bridging this gap.