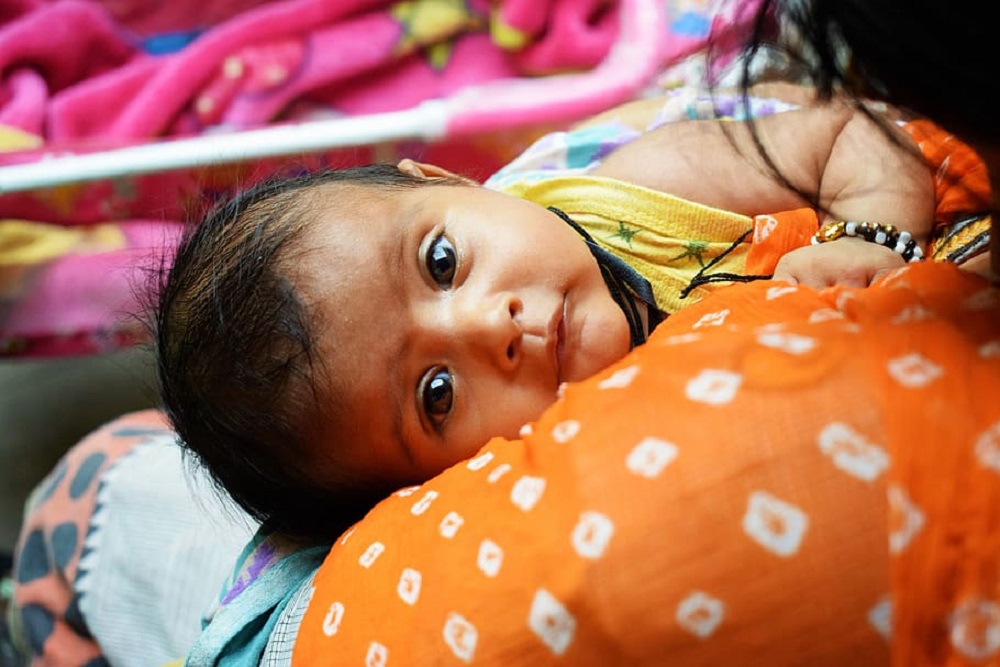 Planning At Local Level Can Accelerate Health Outcomes For Newborns

Maternal and child health care are the fulcrum on which several of India's national health goals depend. With this as the driving principle, for over a decade now, the country has made substantial investments in Reproductive and Child Health (RCH). This has been done by expanding the related infrastructure, services, and human resources and a host of specifically targeted programs.

In 2013, the Government of India (GOI) launched an extensive Reproductive, Maternal, Newborn, Child, and Adolescent Health (RMNCH+A) program. Under this program's aegis, a series of crucial RMNCH+A interventions across 184 high priority districts were also launched. The goal was to provide interventions under a 'continuum of care' approach, ensuring equal focus on women and children's health by integrating service delivery across multiple life stages - adolescence, pre-pregnancy, childbirth and postnatal period, childhood. Over the last decade or so, the government has also provided further impetus toneonatal healthvia the National Rural Health Mission.Schemes like Janani Suraksha Yojana and Bal Sakha Yojana– a program focused on improving neonatal care – are in place to provide all pregnant women and infants free treatment benefits at public health institutions, including zero expenses delivery.But despite these investments, child health has unfortunately improved slowly and hamperedIndia's targets inachieving the 2015 Millennium Development Goal-4 (MDG 4) in time.Indeed, while these efforts have led to good progress in Infant Mortality and Under Five mortality, we have not achieved good results in Neonatal Mortality.Today, key custodian indicators of child health – neonatal mortality and under-five mortality rate (U5MR) - are still lagging in by National Health Policy Targets.NMR stands at 23 and U5MR at 37, while the National Health Policy Targets for 2025 target are 16 (NMR) and 23(U5MR), respectively.

What are the gaps, and how do we accelerate progress?

We have long known that the neonatal period—the first 28 days of life—carries the highest risk of mortality per day than any other period during childhood. During this period, the daily threat of mortality in the first four weeks of life is ~ 30-fold higher than the post-neonatal period, from 1 month to 59 months of age.And while, causes of newborn death range from pre-maturity (35 percent), neonatal infections (33 percent), birth asphyxia (20 percent), and congenital malformations (9 percent), almost 46 percent of all maternal deaths and 40 percent of neonatal deaths happen during labor or the first 24 hours after birth. Unfortunately, the health infrastructure for neonatal care is not sufficient to provide adequate health at birth. Estimates suggest that for adequate care, India needs 20âÂÂÂÂ000–30âÂÂÂÂ000 level 3 neonatal intensive care unit (NICU) beds and 75âÂÂÂÂ000–100âÂÂÂÂ000 level 2 special newborn care beds.However, the numbers of beds available, especially level 3 NICU beds, are not inadequate.
There is an urgent need to upgrade the neonatal infrastructure.

In addition to physical infrastructure, there must be a renewed emphasis on capacity building of labor room staff for essential newborn care and resuscitation because death during and after delivery is mostly preventable by enabling skilled birth attendants and emergency obstetric care.At the same time, there is also a need to focus on the robust implementation of Home-Based Newborn Care and Home-based Care of New Born and Young Child program for community-level care to newborns by ensuring supportive supervision of frontline health workers or home visits. The good news is that things are improving. Most recent data from NFHS – 5 is showing both the number of birth registrations and institutional births have significantly increased.

In 14 States/UTs, more than 90 percent of births were delivered in health facilities. This shows how many women now have access to skilled care during pregnancy and childbirth, which means better prevention, detection, and management of pregnancy-related complications. But these statistics are vital to track regularly and at a local level too. Indeed, over time, access to obstetrician and neonatal care will be critical factors impacting impact maternal and newborn deaths. Furthermore, increased institutional deliveries are crucial to creating a virtuous cycle – which records, maps, and tracks each newborn who has to receive critical services.

Also Read| Breastfeeding During A Pandemic

India remains home to 46.6 million stunted children, one-third of the world's total per the Global Nutrition Report 2018. Several studies over the years have shown that child and maternal malnutrition are one of the main risk factors, contributing to 68.2% (65.8–70.7) of under-5 deaths and 83.0% (80.6–85.0) of neonatal deaths in India in 2017. To address this key risk factor, there has to be a relentless focus on specific interventions like encouraging breastfeeding especially exclusive breastfeeding for first six months of life. While institutional delivery is 78.9%, breastfeeding within one hour of birth is only 41.6%.Similarly, to address malnutrition in children under the age of 5, there has to be an emphasis on complementary feeding for children from 6 months onwards.Malnutrition not only causes neonatal death and under-five deaths, but there are long-term consequences, which include future adult disability and diet-related non-communicable diseases (NCDs). Together, this puts an enormous economic and human capital strain in India.Today, one in three malnourished children in the world is Indian. For India, it is estimated that reducing malnutrition could add some 3% to India's GDP.

Finally, over the years, several studies have also shown significant district level variations which are near related to socio-economic factors and that over time inequity between districts in terms of neonatal outcomes has increased. This suggests a need to map the communitiesthatlag behind and address the gaps in infrastructure and interventions. The government's Aspirational District Program, which focuses on the 117 most socio-economically vulnerable populations, is the right framework for implementing targeted child and maternal health interventions to achieve better health outcomes - on NMR and UNMR. This includes expanded and targeted immunization, which can prevent child deaths fromvaccine-prevented infectious diseases such as - Diarrhea, Measles, Tetanus and Pneumonia.Today detailed studies are being carried out at the district level, which shows us exactly where gaps are at the local level. This data needs to be harnessed to target existinginterventions and overcome local-level barriers that stand in the way of achieving better NMR and U5MR. The task is not an easy one. Recent district-level studies have estimated that to reach the SDG 2030 target, individually, 246 (34%) districts for U5MR and 430 (59%) districts for NMR would need a higher improvement rate than they had up to 2017.

If we want to achieve National Health Policy and SDG targets in time, we have to expand, accelerate, target, and monitor progress on these vital child-health indicators here and now. Though we have achieved our goals to a certain extentbut is far from satisfactory. We need to scale up with good speed our priorities and interventions to reach to the expected levels. Reduction in Neonatal Mortality rate, reduction of malnutrition and achieving Immunization coverage of more than 80% in almost all the districts of all the states should be priority. Microplanning at district levels can help us in reaching these targets.

(The author is a Pediatrician and Former Professor & HOD at GCS Medical College, Ahmedabad)