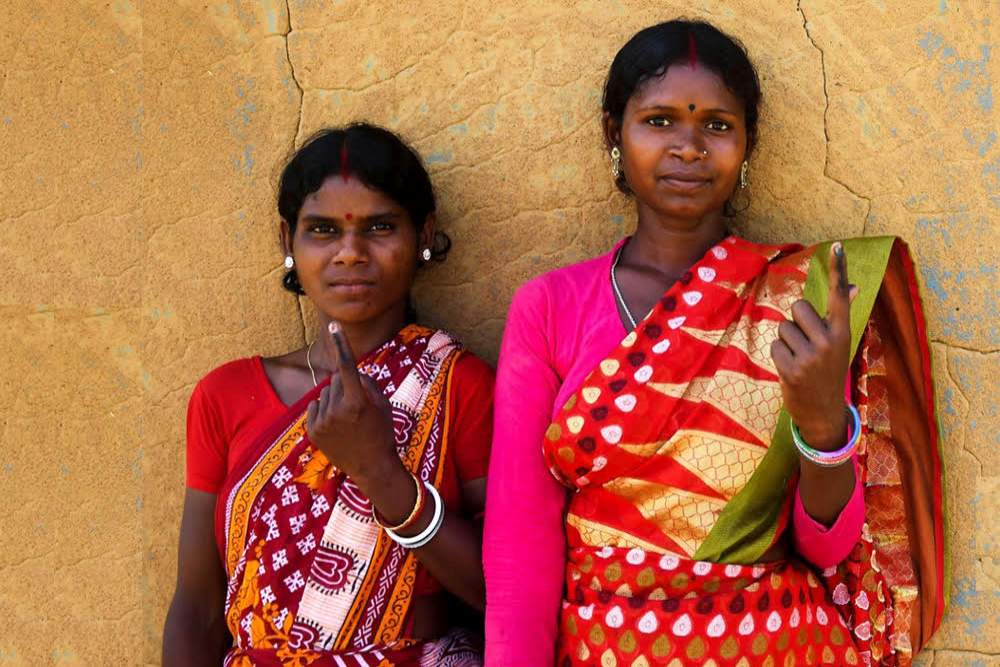 Memories Of A Dream Come True

A development worker pays tribute to the women of Chhattisgarh, who fulfilled his dream of turning ‘Change Agents’ into ‘Change Leaders’ by fighting malnutrition electorally

Spring was not far behind. Defying cold winter waves and threats from Left-wing extremists, every village in the remote districts of Chhattisgarh was celebrating the charm of self-rule and the power of autonomy over their village governments. It was the winter of 2005, and the first-ever elections to local government bodies were taking place, after Chhattisgarh was born out of Madhya Pradesh in 2000. For many illiterate and semi-literate women, for whom just their thumb impressions counted so long, it was a dream come true: they could now contest, paste pictures, file nomination papers, attend rallies and speak at gatherings.

As the head of CARE, an international charity managing the largest nutrition, health and HIV-AIDS programmes, I was determined to make the “change agents”— often called the Mitanin, grassroots volunteers, peer educators, nutrition and HIV counsellors, care and support workers, all marginalised women and girls—transition into “change leaders.” With my faith in their dedication to the work on the nutrition, reproductive health and HIV/AIDS programmes, that I had got a glimpse of since 2002, it was my mission to demonstrate and empower the future generation.

With a dedicated team of professionals, civil society activists and NGO partners, I used to promote nutrition and health volunteers, selected and ratified by the gram sabha (village parliament) in each hamlet. These illiterate women and girls—some of whom could be sex-workers—used to visit homes, to spread health and nutrition messages, bring those who were left out, or had dropped out, of the village Anganwari Centres for their rightful share of free Dalia (broth made of broken wheat). 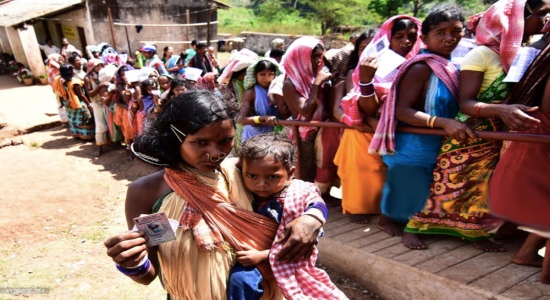 In 2002, with support from the government of Chhattisgarh, I was integrating nutrition in gram sabhas, to revitalise the local government for better health and nutrition outcomes. And voluntarism matters. To me, the Mitanin were like “freedom fighters,” fighting to be free of malnutrition and hunger. They were supporting health and nutrition agenda, facilitating discussions and decisions in the most powerful gram sabhas and changing their village landscapes. By 2005, we had almost 80,000 “change agents” in the state, working on nutrition and health.

Not so easy, though

Poverty is a political process and there is an unequal power relation at work. How many people give due importance to nutrition and health? Often, crowded out in a crowd of issues, malnutrition and poor health lose the importance they should have. Ill-health becomes just a way of life. People focus on brick and mortar, on sand and clay—things that are tangible and rake in money. Malnutrition is invisible and the result is intangible, too.

But these women and girls realised its power to empower the present and future generations. They realised that change could come with empowerment and from breaking inter-intra household disparities. Working over the years in these villages, we realised that it was necessary for them to get elected to the local government bodies, where they could set the agenda: from a brick-and-mortar to a nutrition-and-health hierarchy.

Pushed out of comfort zones

My mission, during this opportune moment of the state’s first local government election, was to inculcate and inspire these women and girls to fight election. To begin with, I shared my ideas with close associates and friends in the government. It had to be a movement. Mobilising these often shy and reluctant but committed and courageous women and girls across the state, needed partners and stakeholders, networks and alliances. It was all about working together to make a difference.

It was easy to convince these women and girls, but an uphill task to convince my organisation and the government counterparts. I met senior secretaries in the government of Chhattisgarh. Everyone in private appreciated the idea and encouraged me to go ahead with my mission. But there was no open support and everyone was afraid of their political masters and the Election Commission. It was all about politics and political processes. Who would take the risk?

It was even more tough to convince my senior colleagues. Unusual and uncommon, the idea called them out of their comfort zones and many so-called apprehensive colleagues developed a cartel and started lobbying against the mission. Opinions were divided. After many debates and discourse, some people decided to support. And that was more than enough for me.

The state election commission gave a mandate. It was mainstreamed with pre-election voter awareness campaign of PRIA (Participatory Research in Asia) and many others. In each district, the members of RAN (Resource Agency Network), established and nurtured for years, worked in tandem to make this campaign truly meaningful for the poor tribal and marginalised women and girls. Small grassroots activists, volunteers and people’s networks joined the movement. The move was apolitical and the mandate was to move a political process: the citizens’ effort to strengthen grassroots democracy.

Brochures, information and communication materials were published on rights and entitlements, and with information details on election and nomination process in local government bodies. Together with other partners, we published 1.2 lakh pamphlets to mobilise villagers and motivated smaller NGOs and “change agents” attached to them. The team worked together overnight to convince these women and girls, including sex-workers, to fight the elections and fight for the cause of freeing villages from malnutrition and hunger.

Many of them did not know about the election, filling up the nomination form and getting a picture to paste in the form. Our volunteers and team provided these support. Information campaigns were organised at villages and districts on filing nomination papers diligently and correctly. CARE in Chhattisgarh dedicated one episode of radio programme, ‘Suno Didi,’ towards filing of nominations. Many local cable networks came forward to support the campaign and the cause. The state was full of infotainment programmes, folk dances and many cultural programmes, encouraging these “change agents” to become “change leaders.” The sex-workers filed nominations as counsellors in urban as well as rural areas; vulnerable women and girls filed nominations for many positions in zilla (district), block and village panchayats.

Then came the energy

The energy and enthusiasm to fight poverty, malnutrition and exploitative intermediation was tangible. Defying cold winter waves in foggy mornings, people suddenly woke up to greet these uncommon and strange leaders. The campaign trail was amusing. The villagers contributed food and belongings for the campaign. Once sheltered within four walls, these naïve damsels learnt the art of canvassing, lobbying, negotiating and speaking from the head and the heart. The fire within was ignited. Their innate potentiality opened up with a new dreams and new achievements, affiliations and power, oaths and promises, never forgetting the manifestos.

We organised a number of campaign meetings where hundreds of contestants assembled to learn to compete and canvass. This was to break their passivity, myths and culture of silence. Steve Hollingsworth, an American national and the then country director of CARE, personally visited Raipur and Bastar and addressed many sex-workers and gatherings. He once shared his thoughts: “My faith in the work of volunteer agencies and the people of Chhattisgarh has been justified."

It was not easy to break the barriers, myths and misconceptions that allowed them to go out of their four walls. At inter and intra household level, these inexperienced, maiden political leaders had to go through many ordeals and trauma. Leaving behind their lactating children at home, forgoing their day’s wage and leading the campaigns without having money to support a poster and rally, were extremely difficult tasks. Their unheard voices and unspoken words were never scribbled down, but their courage and conviction made them march on, to create an island of excellence. "Just filing my nomination format with the Collectorate was a victory for me," said Sunita, a sex-worker in Raipur, who had often been brought to that building as an accused.

It was a final victory, a moment of celebration. Out of 70,000 candidates, that we supported to contest the elections in more than 9000 panchayats and 15 urban local bodies, almost 10,000 got elected. It was a major success. Many occupied prime positions in district and block panchayats and many got elected as the village sarpanch. The media went into a tizzy. I was nominated for an India Innovation Award.

The power and success never deterred their will. With the same enthusiasm and renewed courage, these “change leaders” worked hard to make their hamlets and villages free from malnutrition and poor health. The new gram sabhas integrated the agenda of nutrition, resolving to allocate budget for nutrition and health, thus bringing a paradigm shift from the traditional brick-and mortar, sand-and-clay agenda. They never forgot their roots, manifestos and promises. They continued to advise villagers on pre-and post-natal care, nutrition education and childcare. "We would visit the home of an expecting mother and explain to the family how to take care of her so that the progeny is healthy," says Devantibai from Kurt in Kanker, Chhattisgarh.

I address the gathering;
my people, someone among them,
give the lead,
savvy officials take over;
their language alien, their gesture winks
my husband speaks for me;
diffusing clarity, shadow impression decides,
consensus is built,
I have lost; this injustice is part of life.

Nothing has been writ large as poverty;
a political process; reigns over
my people’s voice unspoken; unheard,
this democracy is not for me;
a somber melancholy
I hoist the flag; tricolor
colouring me weak
paying homage to the father of nation
a guard of honor to protect the truth
I return; vouch to fight next time
if reincarnation exist.

(The poem is one of the collections in ‘The Unfold Pinnacle’, the pre-published collection of poems by Kar that delves into real-life stories of women and girls.)

It will perhaps take years to change, but a pioneering movement in the Left-wing extremist infested remote tribal state set the agenda and changed the tone. The village nutrition and health day, which was instrumental in providing better access to nutritious food and education continued to be vibrant, transparent and accountable to its members. Many changes were destined to happen. In a state-wide survey conducted by CARE in 2006, the malnutrition over five-year period reduced by 20 per cent, a record in the country.

And, today, Chhattisgarh stands out as an exemplar Indian state by demonstrating reduction of anaemia and stunting and number of its districts being breastfeeding champions in a ten-year period (between 2005-06 and 2015-16). At the formative stage, steering nutrition and health interventions in close partnerships with the Government, Civil society organisations, local government and the marginalised community at large and even being the Member Secretary of the first ever State Advisory Body on Nutrition, I feel privileged. This provided me, as a development worker, enough strength and satisfaction to take this mission and learnings forward to many places and many countries I worked later. I do believe that the stars of 2005 laid the foundation of a new beginning in the development paradigm. And it is something the world needs now.

(Basanta Kumar Kar is a recipient of the prestigious global ‘Transform Nutrition Champions’ award for his outstanding contribution to nutrition in South Asia and also of the ‘Odisha Living Legend’ award for contribution to public policy. For his decades-long contribution to the cause of sustainable food and nutrition security in India and globally, Kar is also known as the ‘Nutrition Man’. He is currently the Country Director of Project Concern International-India. He can be contacted at basantak@rediffmail.com)