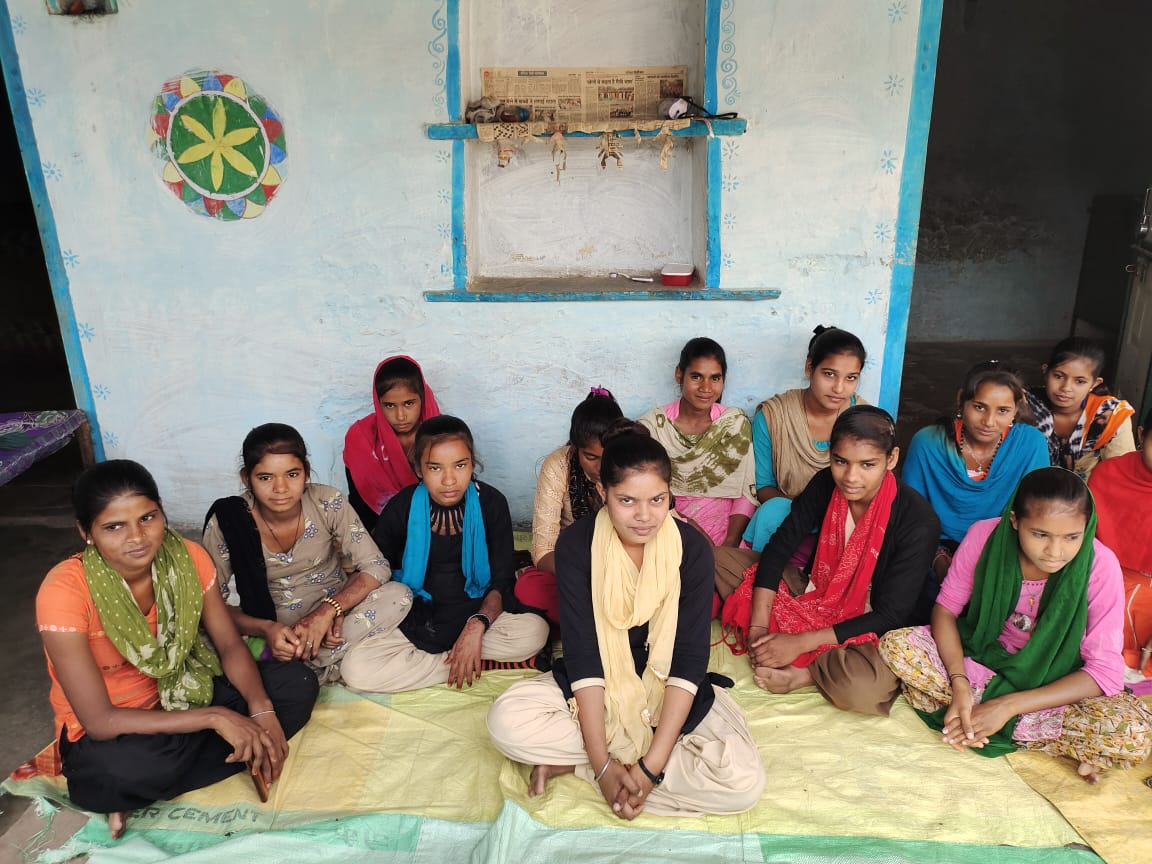 As the second wave of COVID-19 lashes against an already overstretched health-care system and widens preexisting, social and economic gaps between urban and rural India, a young, menstrual-hygiene champion from Tonk, Rajasthan, is trying to make a difference with her well-informed voice.

Ravina Bairwa is just 17 years old but already a change maker who on one hand disseminates information on safe and healthy menstruation on the other draws attention of relevant stakeholders on paucity of hygiene products for young girls. The task of reaching out becomes difficult as the resources at the rural health care centres have been diverted to pandemic related care.

“The second wave of the pandemic will make it even more challenging for girls to access sanitary pads," says Ravina. She is aware of these challenges first hand in a region where inadequate medical infrastructure and social norms inhibit the progress of young girls and prevent them from accessing basic healthcare, information and even education.
Statistics place Tonk at third place as far as child marriages in Rajasthan are concerned. Over 47 percent adolescents are also reportedly married off before the age of 18 (NFHS 4).

In the midst of all this, Ravina’s journey is nothing if not inspiring. She was studying in Class 7 at the local government school when her first period began. Her first response was that of fear and shame and she was even mocked at school by boys during this emotionally vulnerable time. Her sister-in-law finally guided her to use a cloth napkin but it was her meeting with Maya, who volunteers with Shiv Shiksha Samiti, (an NGO), under FAYA (Feminist Adolescent Youth led Action) project, that changed her perspective about menstruation. FAYA project is led by Population Foundation of India with support of The Young People Foundation in Tonk, Bundi, Karauli and Dungarpur District.
The project is aimed at enhancing the knowledge of adolescents about Sexual & Reproductive Health (SRH). Maya invited Ravina to a meeting of adolescent group formed under FAYA Project and, while initially she was hesitant and bashful, slowly she began to open up. She learned more about her periods and this helped her accept and cope with the changes her body was through during puberty.

Senior State Program Manager (Rajasthan) at Population Foundation of India, Divya Santhanam says, “Ravina is a true champion of change as she decided to work in the area of health care, she insisted on pursuing her studies despite of facing reluctance from family, community and is the first girl in her village to go out of village to continue schooling and opt for science subject. Ravina is a trendsetter and inspired from her 4 adolescent girls from her village travel to Tonk along with her for their education. During the lockdown last year, when hygiene products grew scarce, she wrote to the former Deputy Chief-Minister Sachin Pilot to ask for an incinerator in the school building along with regular supply of sanitary napkins and iron supplements.”

“These FAYA meetings made me understand how empowering knowledge can be and I decided that I would do my bit to inform other young girls who too are looking for clarity and support,” said Ravina, adding, “I remember helping a class-mate with a sanitary pad when her period started. I also reassured her that a monthly cycle was completely natural. That there was no need to attach shame or fear to menstruation.”

“So far, I have reached out to over 100 girls to empower them with information about their reproductive health. My only concern right now is that the second wave of the pandemic shouldn't once again create a scarcity of hygiene products and health care,” Ravina said.
“My dream is to become an Auxiliary Nurse Midwife (ANM) and serve my community and set an example for other young girls so that they too can access their educational and health rights despite the discrimination they face at every step,” she added.