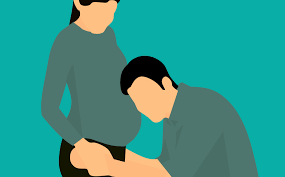 Lack of access to contraceptives and family planning services during the COVID-19 induced lockdowns led to an alarming rise in the pregnancy rate across the nation, which in turn led to numerous abortions.

A sudden rise in pregnancies, with over a million ending in abortions, is feared as COVID led lockdown eases and health services resume. The fear is not baseless as ahead of the lockdown, a study in six states revealed poor availability of family planning devices and safe abortion options. Long months of lockdown, leading to enforced homebound status and intimacy sans contraceptives has not helped, states VS Chandrashekar, Chief Executive Officer, Foundation for Reproductive Health Services India (FRHS India) and Pratigya Campaign Advisory Group member.

Also Read| COVID-19: Some Advice And A Smoothie For Mothers To Be

An FRHS India study in six states from January to March this year revealed overwhelming shortage of medical abortion pills in five out of the six states surveyed with abysmal stocking in Madhya Pradesh (6.5%), Punjab (1.0%), Tamil Nadu (2.0%), Haryana (2.0%), and Delhi (34.0%). The only state that seems to be better is Assam (69.6%). The survey report, based on responses from 1500 chemists in these states, revealed non-stocking of MA drugs seems to be linked with overregulation by drug control authorities. About 79% of chemists no longer stock MA drugs to avoid legal issues and excessive documentation requirements.

State wise, regulatory/legal barriers continues to be the major reason for not stocking MA drugs, with 63% chemists in Haryana, 40% in Madhya Pradesh, 74% in Punjab and 79% in Tamil Nadu reporting so, states the report released Monday to mark 49 years since the inception of the , Medical Termination of Pregnancy Act in 1971.

This study confirms that nothing has changed since the previous report about the MA drugs disappearing from the shelves of chemists. In four of the six states, the stocking of MA drugs is negligible and in Delhi, it is a low 34%.

Lack of access to MA pills has led to a scenario where medical termination of pregnancy has increasingly become a preferred method by majority of women across the country. "If access to MA drugs is compromised, as our study shows, the gains made in reducing unsafe abortions will be lost and women may be forced to resort to unsafe methods. This is likely to adversely impact the gains in maternal mortality and morbidity made over the past couple of decades," warns Chandrashekar.