Home Story Lack Of Breastmilk Could Lead To Infantile Epilepsy 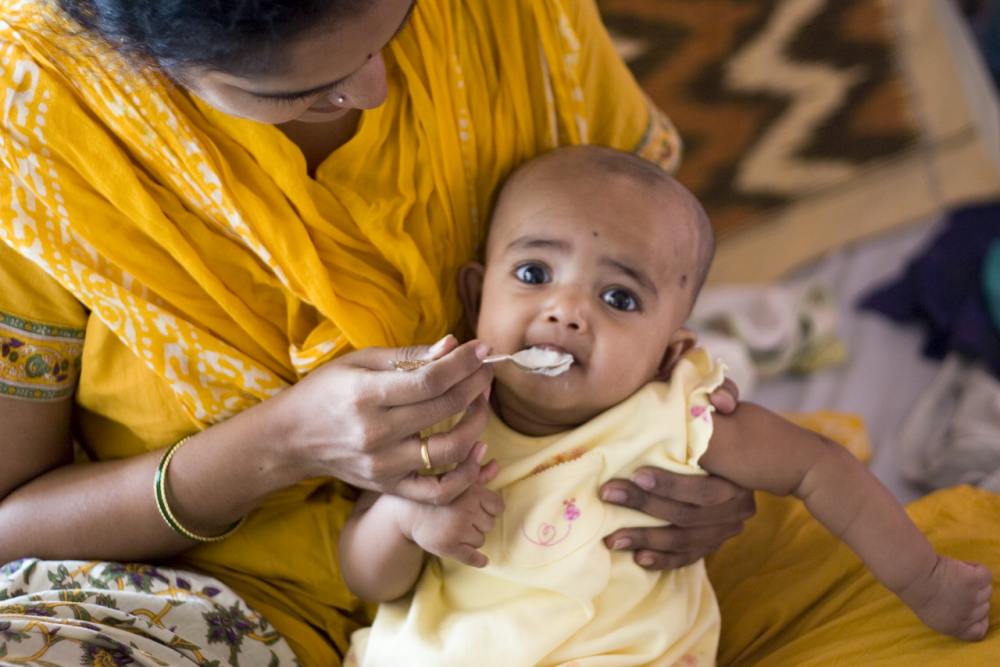 Lack Of Breastmilk Could Lead To Infantile Epilepsy

A pilot study reveals low blood sugar at birth and genetic diseases, are important underlying cause for a common form of epilepsy in young Indian children

Families and doctors need to be more vigilant about preventing low blood sugar at birth in newborn babies to prevent its significant neurological impact later in a child’s life, according to a pilot study by Medgenome Labs to understand the underlying causes of Infantile Spasms (IS), a common but severe form of epilepsy in young children.

Also Read| What Covid-19 Taught Us About Mothers And Children

There are many causes of infantile spasms including acquired and congenital. “Based on our study, one-third children had infantile hypoglycemia, which can be prevented by perinatal care. It is important to raise awareness about this rare, yet serious seizure disorder,” says Dr. Vedam Ramprasad, CEO, MedGenome Labs

Children with certain genetic syndromes are much more likely to have infantile spasms e.g. tuberous sclerosis complex. Individuals with a known mutation can be monitored regularly for changes in EEG and treated in a timely manner to prevent severe developmental consequences. Screening for associated genetic diseases can aid in specific treatments (e.g biotinidase, pyridoxine deficiency) and can also be leveraged for reproductive decisions.

Till date there have been no published studies from India that have comprehensively investigated this condition. This study has used Next Generation Sequencing (NGS) technology to dwell deep into the causes of infantile spasms in the Indian setting, according to Dr. Vivek Jain, Pediatric Neurologist at Santokba Durlabhji Memorial Hospital, Jaipur, and one of the authors of this research work.

“The findings of this study highlight that neonatal hypoglycemia (low blood sugar at birth) is the most important underlying cause of infantile spasms. Often babies at birth struggle to breastfeed and with inadequate advise and lactation support for the new mothers, this poor milk intake leads to low sugar and brain damage, in these babies,” states Jain in a statement.

The brain damage later causes infantile spasms, a severe form of epilepsy. Hence there is an urgent need to develop guidelines for early recognition and optimal management of neonates at risk of developing hypoglycemia to prevent this severe epilepsy, the study stresses.

The other important cause of infantile spasms identified in this study were underlying genetic defect which put a child at risk to develop these types of seizures later in infancy. In this study for the first time a detailed genetic evaluation using NGS based Whole Exome Sequencing was performed in patients with a suspected genetic cause for Infantile Spasms. Following this exhaustive genetic evaluation, a genetic cause could be identified in a significant number of patients with infantile spasms.

The study emphasizes on the importance of doing a Whole Exome Sequencing in patients of infantile spasms where no apparent cause can be found, which will help in diagnosing these genetic disorders early and prevent it from happening again in subsequent pregnancies.

Dr. Ramprasad stresses that delay in identification and treatment of infantile spasms was associated with worse outcomes with poor response to medications and also long-term neurodevelopmental issues. As an important measure, it is vital for pediatricians, family practitioners, and the wider public to be educated about early identification of the causes of IS in order to plan appropriate preventions and treatments.

The outcomes of this study are expected to further improve the understanding of the causes of infantile spasms in India so that it can be better managedand prevented in the future, the authors state.