It Takes A Village: How Tribal Hamlet Now Knows Its Nutrition Rights

Angul district in Odisha was a victim of severe undernutrition, until an NGO involved the tribal community to ensure that they knew, and demanded their rights to proper nutrition.
Neha Sethi and Neha Saigal | Jul 11, 2020 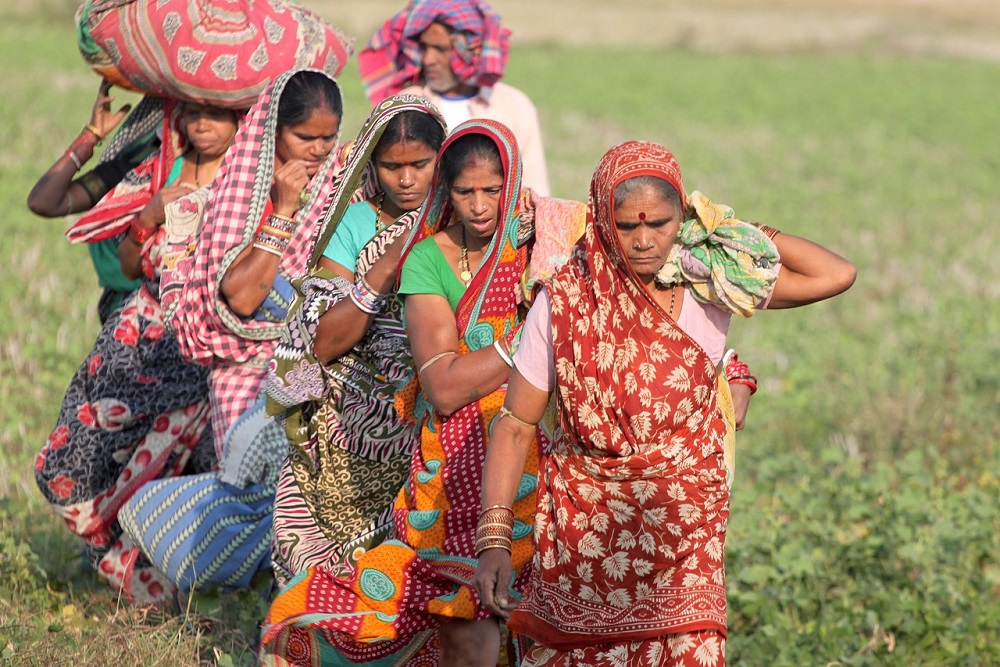 It takes about four hours by road to reach Nagira village in in Pallahara block, a remote corner of Odisha's Angul district. The small vilage is a riot of colours. From the paintings on the
mud huts to the clothes worn by the villagers, the place is picture postcard perfect, with lush green and shady trees all around. But it was also home to some of severest malnitrution among women and children in Odisha.

Also Read| Fighting Malnutrition In Odisha’s Angul, A Story That Inspires All

Manguli Behera, 19, moved to Nagira village after she got married. She has a three-month-old son, Sanu. Being a lactating mother, she is eligible to receive certain entitlements under the
Supplementary Nutrition Programme (SNP), such as 4.9 kgs of chatua, 12 boiled eggs and 25 pieces of ladoos facilitated by Integrated Child Development Services (ICDS), one of the world’s largestprogrammes for early childhood care and development, which aims to break the vicious cycle of under-nutrition in India. But Manguli was unware of these entitlements.

A member of the tribal Bhuyan community, Manguli belongs to the Particularly Vulnerable Tribal Group (PVTG), as classified by the state government. Tribals form 24% of the total population in Odisha, and PVTGs like Manguli are the most vulnerable and marginalised among them.

Angul, located in the central part of Odisha, is one among the 12 districts in the state which has a localised population of PVTGs, such as Juangs and Paudi Bhuyan. They comprise around 20% of the total Scheduled Tribes (ST) population in the district, and fall under the most nutritionally deprived sections. It is also one among those places, which have industry-led high economic growth. However, the rate the under-nutrition is still high in the region. According to the National Family Health Survey-4, 35.3% of children under 5 years of age there are underweight.

A year ago, the biggest challenge for the district was not just the high under-nutrition that prevails in the region, but the fact that it was not taken into notice as a top-priority issue by
the political and administrative leaders. There was a major lack of awareness on the importance of nutrition in the district.

Then came Angul Pusti Adhikar Abhiyan, or AAPA. A year ago, it was formed as a people’s coalition to tackle malnutrition, and to increase awareness on schemes related to nutrition and their uptake. Gradually, APAA began to gather beneficiaries for nutrition schemes, other community members, and even government service providers like Anganwadi workers (AWW), CDPOs, lady supervisors, and elected representatives like Sarpanch, MLAs and MPs from the district. It then grew into a campaign to ensure that no woman and child remains malnourished in the district.

Apart from involving various local leaders and communities, the members of the movement also came up with unique ways to popularise important messages related to nutrition. An egg competition was organised in more than five villages to lay stress on consumption. More than 200 community meetings were organised throughout the year. An annual Pusti Utsav, or nutrition festival, was also organised to recognise and award the good work being done by frontline workers and other key players.

The district administration’s willingness to overcome challenges and work with APAA to ensure that every mother and child in the district is well-nourished, deserves a special mention in the success story of APAA.

Thanks to APAA’s consistent efforts over the past year, many women like Manguli are now aware and empowered to demand, and reeive their supplementary nutrition on time.