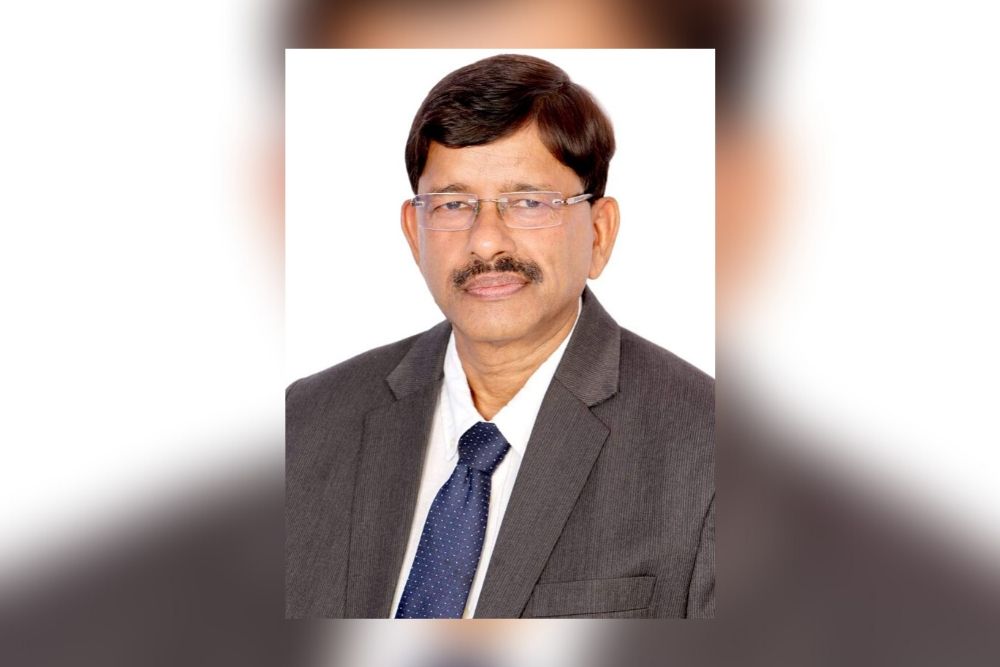 Basanta Kumar Kar’s life-long struggle brings awards and accolades. But his work is not done till the fight against malnourishment is won, he says.

India ranks high in malnutrition. In some parts of the country, people die from starvation, sickness and a lack of proper care. Central and state governments have made efforts to come up with programmes and policies that would benefit the deprived section of the society. Yet these have had limited success.

He grew up in Chatara Sasan, an interior village in Kendrapada in Orissa. Kar knows, at first hand, what acute poverty and malnutrition means. “It was in my growing up years in my village that I discovered my life’s calling -- to eliminate malnutrition and develop human capital potential for a more peaceful, prosperous and just world. I want the whole world, including my own village, to be better off,” he says.

He played a central role in introducing the first-ever nutrition- rich, hot, mid-day meal scheme in schools and was instrumental in getting vitamin-A addition to refined vegetable oil benefitting 85 per cent of his state’s population. He helped bring in the national salt law and in pushed for implementing guidelines to tackle malnourishment faced by infants and young mothers.

In recognition of his innumerable achievements, he was awarded the ‘Global Nutrition Champion 2019’ award at the UN-led Scaling up Nutrition Global Gathering (SUN GG) held In Kathmandu, Nepal, recently. He is the second Indian, and the seventh in the world, to be given the world’s most prestigious award in the field. 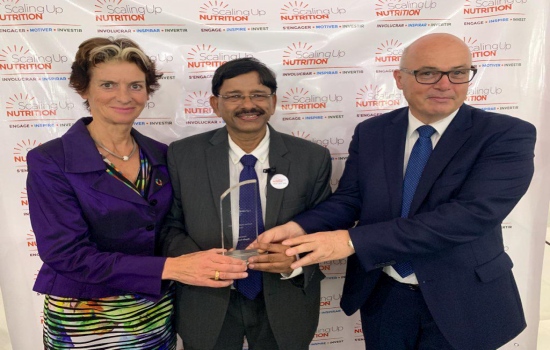 While accepting the award Kar said: “We cannot let millions of human beings to be held hostage to malnutrition. To allow them to be a hostage is a crime against humanity. To ignore their plight is criminal.”

According to him, good nutrition was a passport to a good life. “The fight against malnutrition needs to be more urgent, more pressing and more determined. Good life can be realised only with a right to live a life with dignity and accessing safe and nutritious food,” he said in his speech. The award was introduced in 2012 by Switzerland-based humanitarian think-tank called Sight and Life.

He spoke about the ‘true nutrition warriors’ – men and women who silently battle against the scourge of malnutrition without getting due recognition. “This award is a proof that our collective fight against malnutrition isn’t going unnoticed. The odds are steep, but our will to curb malnutrition is strong as well,” he told the more than 1,000 participants and delegates from 61 member countries of the SUN movement.

He has rightly been called India’s ‘Nutrition Man’.

Several nutritionists in India have made immense contribution in uplifting the less privileged. But Kar stands apart. He is a member of the key advisory group on nutrition in the NITI Aayog, which is India’s apex policy think-tank under Prime Minister Narendra Modi.

He is a member of the core committee of Jan Andolan , which is a movement of people for nutrition. He has helped foster making nutrition a movement in India under the National Nutrition Mission – under government of India, something deemed to be a vision of the prime minister.

He has been recognised for his contribution on national and global platforms. He was the recipient of ‘Transform Nutrition Champions’ award in 2016 for his exemplary work in nutrition field in South Asia -- the only person from India to receive this award. The same year, he was given the Odisha Living Legend Award.

Kar had launched the Global Nutrition Report in 2016 focussing on nutrition and health statistics of the world. Currently, he is co-leading a comprehensive strategy on “Mission Filaria, Malaria, and Malnutrition-Free Odisha”, keeping in view that the poor tribes of the state are plagued by these diseases.

He has been pivotal in leading Chhattisgarh’s first- ever nutrition policy in collaboration with the state government with the help of his technical expertise. He supported the upliftment of over 10,000 marginalised women and girls in Chhattisgarh, encouraging them to take part in the elections to local government positions, for which he was nominated for the India Innovation Award.

He is associated with Outlook’s Poshan team, an initiative by the group to focus on drawing the public’s attention to the problems of malnourishment.